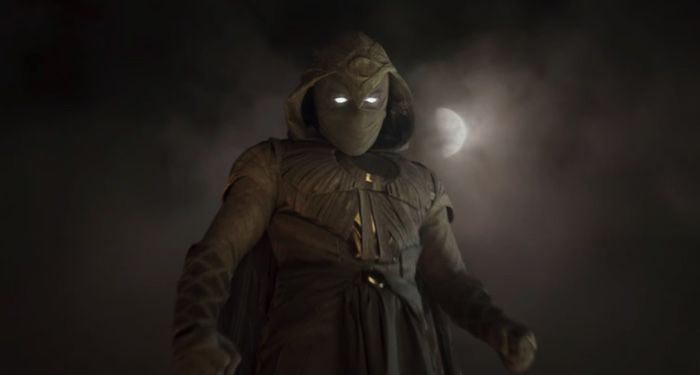 When it comes to superhero origin stories, there are a few standard formulas. You probably know most of them: dead parents, radioactive animals, exploded planets. Another popular favorite is a mystical artifact that gives our hero cool powers. But where do these artifacts come from, and how do our heroes acquire them? Ah, there’s the rub.

The history of archaeology, as I’ve covered elsewhere, is fraught with moral ambiguity. White-dominant cultures have a long, sordid history of storming into Black- and brown-majority nations and taking whatever they want in the name of “science” and “discovery.” The world is now in the process of reckoning with these thefts: so far this year, we have seen western museums return several Benin Bronzes to Nigeria, the remains of indigenous Hawaiians to their descendants, and religious artifacts to Nepal.

Comic book heroes are not quite so generous. Many were created well before western attitudes about archaeology shifted from thoughts of ownership to thoughts of respectful stewardship, and they continue to benefit from their stolen powers. Granted, everyone they’ve saved from alien invasions and super-powered bank robbers has benefited as well. But the fact remains that they stole these artifacts — and the opportunity to be a hero — from people of color, and both they and the readers need to deal with that. My way of “dealing with that” is by writing this article.

We’ll start with Moon Knight, by virtue of the fact that he has a spankin’ new TV show on Disney+.

A Thief in the Knight

When Moon Knight originally appeared in Werewolf by Night #32, he was a generic mercenary who got his all-silver suit from a cabal of corrupt American businessmen. In his 1980 solo series, things unfold very differently.

Marc Spector is still a mercenary, now working for a violent warlord, known only as Bushman, in Sudan. He eventually comes to realize that slaughtering innocent people is bad, and the Bushman leaves him out in the desert to die. Spector staggers his way to an ancient tomb and drops dead, only to miraculously spring back to life. He credits his survival to one of the gods honored at the tomb, Khonsu (here spelled Khonshu), god of the moon.

To carry out his mission of vengeance, the newly dubbed Moon Knight swipes a cloak from the tomb. He later gains additional weaponry and even a psychic link to the god himself.

But Moon Knight wasn’t the first hero to take inspiration (and other stuff) from ancient Egypt.

Hawkman’s history is super-confusing, but in his first appearance in 1940’s Flash Comics #1, he’s a weapons collector who regains memories of his former life as an Egyptian prince after touching an ancient dagger sent to him by a friend. He proceeds to model his costume after an Egyptian god.

Then there’s the case of Dan Garret(t). In 1939, Garret was a cop with a Green Hornet-like alter ego: the Blue Beetle, an alleged criminal who actually stopped crime. In the rebooted ’60s version of the character, he became Dr. Dan Garrett (now with two Ts), an archaeologist who finds a blue scarab in the tomb of an evil Egyptian pharaoh. He yoinks it immediately.

The voice takes the form of a nice pharaoh who conveniently gives him permission to use the scarab to fight bad guys.

Possibly the weirdest hero to acquire powers from an artifact is Mike Maxwell, who becomes B’Wana Beast after a Tanzanian gorilla gives him a special helmet. The helmet, along with mineral-infused rainwater, allows him to temporarily fuse two animals together, among other things. I don’t want to tell Maxwell his business, but if you’re going to be a thieving imperialist, maybe hold out for better powers than that.

On the Flip Side

Stealing from other cultures and using those thefts to enrich or empower yourself sure sounds villainous, doesn’t it? So it should come as no surprise that some bad guys also gained their powers this way.

As recounted in X-Men #12, Cain Marko, the future Professor X’s bullying stepbrother, becomes the Juggernaut after stealing a magic gemstone from an Asian temple.

Much later, Barbara Minerva, an archaeologist, became the Cheetah after attempting to steal treasures from an African temple. She learned about the legend of the powerful cheetah god and forced a local priest to make her the new Cheetah at gunpoint.

While both of these characters’ actions are treated as villainous, it’s not the thefts themselves that are condemned as immoral. Xavier is much more upset about Marko becoming an “evil, human juggernaut” than the desecration of the temple, and Minerva is (justifiably) condemned for her ruthless, bloodthirsty attitude more than for her sticky fingers. Even the priest views her arrival as a sign from a higher power and becomes her willing servant.

There are two themes running through these stories that are worth highlighting.

One: all of these origins are based on an undeserved sense of entitlement. Dan Garrett declares the “incredible power” of the scarab “is mine to use” — why? He’s an American in an Egyptian tomb looking at Egyptian artifacts. He didn’t even want to come on this expedition. Why does he deserve this power? If anyone does, it’s the hot lady Egyptian archaeologist who seduced him into joining her.

At least some of the items in Hawkman’s collection come from archaeologist friends. Do you think those friends got permission to ship their finds to America? Or did they smuggle those items away from the countries they belong to for the benefit of a selfish, wealthy American?

As for Moon Knight, one of the reasons he rebelled against Bushman was because he thought looting was wrong. Yet when Spector gets to the tomb, he wastes no time in taking what he wants from it because, hey, the moon god told him it was okay or something.

Two: these origins are also based on racism.

With the exception of Hawkman’s origin, they all support the White Savior trope, which depicts Black and brown people as too stupid, uncivilized, and weak to care for themselves. Thus they require a heroic, noble white person to care for them. Marc Spector defeats the Black African warlord whose reign of terror he once supported. Dan Garrett must defeat both a pharaoh and a modern Egyptian general because only he, the white man, deserves the scarab’s great power. B’Wana Beast and Cheetah are “endorsed” by the locals as they assume the White Savior mantle.

Over the past few decades, comics have taken steps to address this. In Animal Man #13, Mike Maxwell relinquished his powers to a Black South African, Dominic Mndawe, who renamed himself Freedom Beast and called Maxwell out on his “white imperialist” crap. Dan Garrett’s granddaughter Danielle admitted that his actions were wrong during a conversation with the third Blue Beetle, Jaime Reyes (who had the scarab inflicted on him rather than stealing it).

By the time you read this, Moon Knight will have debuted about a month ago. As I write this, only three episodes have gone up, so you know better than I if and how they have reckoned with his unsavory past. Going by the trailer and the first three episodes, they preserved the major parts of his backstory, including the fact that he is a mercenary who took something he maybe shouldn’t have and is an “avatar” of the god Khonshu.

On the other hand, it’s implied that Khonshu forced Marc to become his avatar against his will, not that Marc went out and stole a “job” that should have gone to someone else like Blue Beetle did. And they did hire an actor of color (Oscar Isaac) to play Moon Knight, altering the traditional White Savior narrative. However, a line from episode 3 indicates Isaac’s character is not of Egyptian descent, and we see that the other Egyptian gods have recruited a diverse group of people as their own avatars. Why are Egyptian deities so interested in non-Egyptians? We have yet to find out, if we ever will.

All of this is a long-winded way of saying: enjoy the show, and I hope Marvel has learned something since the days when Moon Knight punched werewolves for a living.