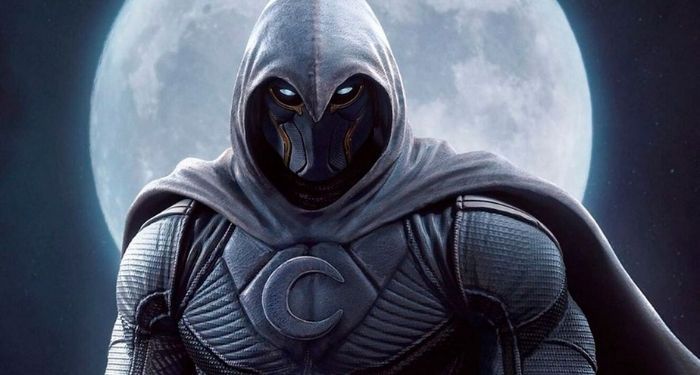 Disney+ is about to launch another exciting Marvel Cinematic Universe show: Moon Knight. This begs the question: Who is Moon Knight? You may have seen the trailer, but this isn’t a marquee superhero in the comics. Then again, neither were the Guardians of the Galaxy or Jessica Jones before they appeared in the MCU.

A Moon Knight of Many Names

And an antihero, superpowered mercenary.

Wait, what? More than any comic book character I’ve written primers on in the past, Moon Knight is the most complex (though not the most complex comic book character — just give Cosmic Ghost Rider a search). Marc Spector is the primary identity, a man who grew up in a Jewish Chicago family. After a traumatic incident when he was young, Marc developed dissociative identity disorder. Ah, yes, the old mental-illness-makes-heroes-and-villains comic book trope.

Once he grew up, Spector tried to make it as a heavyweight boxer before serving as a Marine. While on a mission in Sudan, Spector witnessed notorious terrorist Raoul Bushman murder archeologist Peter Alraune. Marc saved Alraune’s daughter, Marlene, from a similar fate before confronting Raoul. The showdown didn’t go Marc’s way. He was left for dead in the tomb of Pharaoh Seti III. That was when Khonshu, the Egyptian moon god, brought Marc back as Moon Knight.

Moon Knight’s first appearance was in Werewolf by Night #32 in 1975, in which he is hired to take down the titular character. After a three-night battle, Moon Knight wins, but decides to refuse his payday, due to his admiration of the lycanthropic protagonist. From those humble beginnings, Moon Knight has gone on to team up with the likes of Spider-Man, Captain America, and Punisher. He’s also served in several iterations of the Avengers.

Marc Spector’s background as a boxer, Marine, and later CIA agent have made him into an excellent fighter. He’s also proven to be an apt detective, particularly when embodying the Mr. Knight or Jake Lockley personas. Much like another, darker knight with a different publisher, Moon Knight also has a utility belt, vehicles, and all sorts of other weaponry themed around the moon and Egyptian symbols.

As far as superpowers go, that’s a more complex answer. Much like the moon waxes and wanes, so do Moon Knight’s powers. At the lower levels, the antihero has displayed enhanced reflexes, strength, and durability. At the other end of the spectrum, Moon Knight has demonstrated godlike abilities when Khonshu deems it necessary. During the Avengers: Age of Khonshu storyline, Moon Knight took control of Mjolnir, the Iron Fist mantle, Doctor Strange’s magic, the Spirit of Vengeance (Ghost Rider’s power), and even the Phoenix Force.

Who is Moon Knight on Disney+?

Given what we’ve seen in the trailer, it looks like there will definitely be some dissociative aspects to Oscar Isaac’s portrayal of Marc Spector and Moon Knight. I doubt we’re going to see the full range of different personalities portrayed in the comics. I sincerely hope the show doesn’t do disservice to people who actually have dissociative identity disorder like so many old comics do.

What we know from the trailer is that this is Steven Grant, though he’s not a Hollywood producer. He’s a guy living in London who spends a lot of time (or maybe works?) at a museum with a big Egyptian collection. He also gets a phone call from an American woman who calls him Marc. And of course, he turns into Moon Knight in order to beat on bad guys and leap across roofs.

All of this makes for a man who looks broken, lost, and confused. He chains himself to the bed at night. He looks bedraggled in every little shot we get from the trailer. As for the Moon Knight persona, we see very little. The iconic white costume, some violence, and a leap are all we get. Will there be a Mooncopter or ankh-shaped weapons? Godlike powers? All of that is a mystery right now, but the focus of the show really seems to be about Steven/Marc and how his own mind haunts him.

Of course, this is just our introduction to Moon Knight in the MCU, and he doesn’t need to follow any of the paths laid out in the 616 universe. Do you think he’ll become part of the next MCU Avengers? Will he be the next big bad with Khonshu backing him?