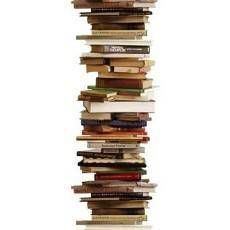 There’s a pile of books waiting for me in which every plot line exists in a different location and time period, and every one of their stories is dependent on that setting entirely. They are by my bed. They wait for me. I am attached to them the way I’m supposed to care about a family pet. And each day, they grow in number, towering, graduating to their own personal shelving. I’ve spent the last couple of days eyeing these books, trying to decide if an addiction to setting can be healthy.

I only recently became aware of this potential problem when I read Edwidge Danticat’s Claire of the Sea Light, and I was fascinated by the author’s portrayal of Haiti. The plot line moves through time like an ocean current. But then, when trying to explain why a friend should tackle this novel, I tried to establish what character I couldn’t shake out of my head– who I was invested in most. I came up with the same answer over and over. Was it tacky to say that Haiti was a character? I’ve always discussed this in college courses, but never when thinking about my own personal reading (If you’re looking for an example of this, think about The Great Gatsby. Nick just couldn’t exist without the rich influence of the Jazz Age, and the portrayal of that age changes into pessimism with the plot line).

At the same time, though, I became attached to Danticat’s Haiti like it was a character– I wanted to see what next cultural complexity the story would come across. I wanted to learn Haiti like you would learn a personality– it is so different than what I know in my life. I’ve had similar reactions to settings before, like Gil Adamson’s Canadian frontier in The Outlander (No, not Diana Gabaldon’s Outlander. Kind of different. Very different, actually.). In this story, the mountains were so distant and unforgiving, but the descriptions of the heroine as she walked through the wilds were beautiful. This was one of the few books where I felt like I had the clearest mental image of the setting and that helped draw me onward.

After the discovery of my unconscious focus, I started choosing books based on settings and found that I am most driven to quickly read a novel in which I’m exploring another world like a Google Earth Vacation. But, at the same time, when I started to choose books based on immersive settings, suddenly events, plot line, and character were put on the sideline. By valuing one element, I was losing focus on the rest.

As a writer, I’ve been told that setting can make or break a novel– that if I write about my childhood mountains that I know SO SO well, and I can give the kind of detail that only I would know, then I can provide a better transport for my readers. The problem with this: By knowing a setting so very well, I also narrow what it is that I can write about. My available written world is suddenly chopped down significantly.

Maybe there’s a better way to think about this. In On Writing, Stephen King talks about the three parts of the story for writers to keep in mind: narration, description, and dialogue– each one working to bring the characters to life. He is focused here on characters primarily, but isn’t focused on defining them between human and inhuman, location-oriented or not. By stepping out of the discussion of setting then, it feels as though setting is only a tool to bolster everything else. If I were to think this way as a reader, my fascination with setting would be more of a link in the chain of the book as a whole. Which is nice: it’s satisfying to think about a novel holistically. I appreciate Stephen King’s view of writing craft because he is very capable when approaching writing in a straight forward way, and whether you agree with his view or not, you know exactly what he’s talking about. This also makes it really easy to connect that craft to how readers approach stories, too.

The greatest problem, for a writer or a reader, seems to be the narrowing of options. Is it bad to love setting-heavy writing? It’s not really bad to love anything if it means that you’ll then keep reading. BUT. It’s a bad sign when I’m choosing what I’m reading based on this. I can always stretch past my own boundaries. I should always stretch.