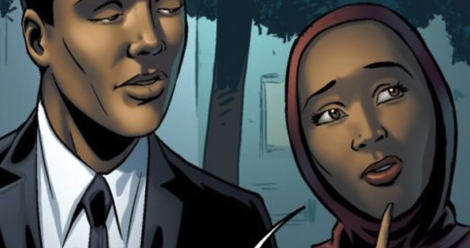 Clearly, it’s time for that special prosecutor to be chosen, friends. Even the recently confirmed Attorney General (shudder) has gone public in support of a full investigation of Russian’s involvement in our most recent “election.”

Raise your hand if you think the current establishment will appoint someone competent and impartial.

Look, we all know how this is going to go. And that knowledge is part of the reason a lot of us enjoy escaping into a good science fiction or fantasy novel now and again. Or, you know, in any spare moment. Because, as the meme so succinctly explains: I need fantasy to survive reality.

In my (unfortunately only mental) otherworldly, othertimely travels, I’ve met some folks I think would make excellent special prosecutors. If one, only one, of them were to step suddenly into our reality brandishing their honesty, integrity, bravery, and impartiality like the weapons those qualities have become in our current climate… goodness, we wouldn’t have to go through impeachment proceedings because the Oval Office and Halls of Congress would certainly void themselves posthaste.

And no, Matt Murdock isn’t one of my picks. None of the characters herein are lawyers (what? My head cannon, my rules) but if I was going to include a lawyer, he’d have to be a good one. And Matt Murdock is a terrible lawyer.

And so, I present my six candidates in no particular order. The only limiting criteria for consideration are: the individual in question must be the denizen of an SF/F book of one type or another and said character must have been born in a book even if they have since appeared in other media: 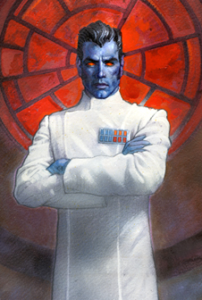 “One can concentrate so closely on the words of a sentence that one thereby misses the meaning. As can happen in any area of life. You must never lose focus on the larger landscape.”

I know what you’re thinking. “But, Shiri! Thrawn is an Imperial! He’s a bad guy!” Well, yes. Sort of. But not exactly. Thrawn is a Grand Admiral in the Imperial fleet (a feat no other non-human has achieved across 40 years of Star Wars history) but he has never been the mindless drone we usually see doing Palpatine’s bidding. Thrawn constantly challenges high command will not to commit to any battle he doesn’t think he’ll be able to win no matter who orders him to engage, refusing to waste lives and resources needlessly. A lover of law and order, Thrawn had no issue with taking down the Rebellion when they threaten stability but he always does so with minimum possible collateral damage and he has called off actions when he felt projected civilian casualties outweighed military necessity. That’s right, folks: Thrawn is a very odd sort of hero to the people of a galaxy far, far away. Ruthless but fair and measured, Thrawn has little regard for political machinations and inflated egos, as well as a healthy disrespect for chain of command but the appearance of collusion, along with Thrawn’s deductive abilities (Holmes would be horrifically jealous), and the enhanced vision (which allows him to utilize blood flow mapping to make an educated guess as to whether or nor someone is lying), allows Thrawn to know the Empire better than the Empire knows itself and put him in position to dismantle the Empire from inside if every it becomes a danger to Chiss or galactic stability. Thrawn would brook none of our current government’s theatrics nor the accompanying waste of resources. Then again, if we’d had a Thrawn, we probably wouldn’t be in this mess in the first place.

“But why do you want to marry me?”

“Li Lan, you ask too many questions.”

Li Lan, a young woman from a once wealthy family which has fallen on hard times, finds herself haunted by a man she hardly knew in life. His obsession with her, however, has resulted in his demanding she become his ghost bride, married to his spirit and forever a widow. Li Lan has no intention, despite her having been raised in a culture which honors filial piety and reveres the needs of the dead, of acquiescing as she finds the man in question an offensive twit who refuses to give up his unrequited, unrelenting pursuit neither when she asks him nor when she attempts to have him exorcised. Further complicating matters is Li Lan’s love for Tian Bai, who seems to love her in return but who is betrothed to someone else and the fact the spirit claims Tian Bai, who is his cousin and heir to his fortune. While Li Lan isn’t about to take a manipulative jerk at his word, she isn’t going to grieve the loss of her love match with Tian Bai without investigating the dead man’s claim, willing to explore a terrifying afterlife  alone when she’s hardly been permitted to leave her home in life. Li Lan is compelled to uncover the truth even if the truth breaks her heart and destroys her dreams. Smart, iconoclastic, curious, and persistent, I would love to see Li Lan question men in places of power and take them apart bit by bit in her own quite, subtle way. 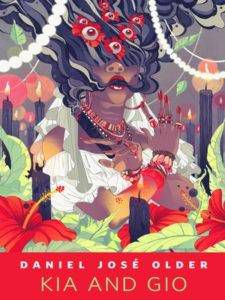 One of the younger characters in Older’s fantastic urban fantasy series, Kia is no less a presence for her lack of years. Streetwise and life savvy, Kia adapts quickly when she develops the ability to see ghosts in stride and agrees to use her power to help her community and her friends, despite the restrictions doing so puts on her personal freedom. Kia knows how to listen in a way few people are able, in a way which goes beyond words to intention, into history and memory, a very useful skill in a special prosecutor charged with uncovering a conspiracy of professional liars. Kia’s friends, and even strangers, trust her immediately and deeply, with their lives and their afterlives, their secrets and powerful desires, and she is always worthy of that trust, even when being so puts her directly into the line of supernatural fire. Kia also has a very special way of calling people on their lies and self-delusions; without hesitation and with absolute honesty, intending no harm but brooking no BS. The current administration wouldn’t stand a chance and I’d put money on them begging her forgiveness before it was all over.

“A dream unchecked by consequence, unrestrained by law? That’s the first step toward tyranny.”

Kest has defied kings, saints, and gods in defense of the law. The most talented swordsman in the land, he has given his sword-hand in its name and for its honor. He has even sworn to kill his best friend should Falcio lose his way and choose emotion and blind-faith over the law Falcio too swore an oath to uphold. Kest cannot be swayed by politics, prevailing or personal, nor will he allow personal loyalty to color his judgment. Honesty and integrity come at great cost for Kest but he refuses to abandon his mission, no matter the threats issued against him, no matter how many times he finds himself branded traitor, no matter the ethical impossibility or his situation, no matter the pain he must endure. Kest has declared his loyalty and he will adhere to to for the good of his country, even if the leaders of that country, even if the citizens he seeks to protect, are forever trying to punish him for doing what is right.

‘When I became a Valkyrie … I’m still not sure why I fought that frost giant. The kids at Malcolm X were terrible to me. The usual garbage: they asked me if I was a terrorist. They yanked off my hijab. They slipped disgusting notes and pictures into my locker. When that giant attacked … I could’ve pretended to be just another mortal and got myself to safety. But I didn’t even think about running away.”

Samirah lives a double life: raised a devout Muslim and a practitioner of the faith, she is also the daughter of Loki and, as such, finds herself, one day, a Valkyrie. Too responsible and contentious to choose between her obligations, Sam understands both the frustration of being tugged in two diametrically opposed directions at once and also the importance of balance. She understands that some people are good and some are evil and that, while all people must be free to make their own choices, they must also be subject to the consequences of those decisions. Those who have chosen well are rewarded with a place in Valhalla. Those who do not find themselves in less… commodious surroundings. Samriah would do doubt find the lack of accountability in the current administration unconscionable and would make it her duty to root out those who somehow slipped into the Halls of Justice and make certain their new residences were more in keeping with their selfish, pompous, and cowardly decisions. And, if all else fails, the lady has some serious butt kicking skills and knows how to ride an eight-legged horse. 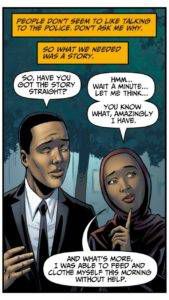 “While you’ve been swanning around out here, communing with nature, I’ve been doing a bit of policing.”

Pragmatic and ever-steady, Sahra takes even the discovery magic is real in stride adding it, almost casually, to the toolbox she uses to uphold the law. Subject to sexism, racism, and xenophobia all of her life, in both casual and professional settings, Sahra nonetheless continues to do her job and do it well, brushing aside the nonsense in favor of seeing the good in most people, focusing on the importance of keeping the world safe for them.  While she respects the command structure of the London Metro PD, she has no illusions about it being made up of fallible people who sometimes need to be worked around, or even exposed as monsters (sometimes literally). She meets that challenge with the studied, measured approach with which she meets all others from chasing down suspects to acting as a family liaison during murder investigations. Every part of her job is as important to her as any other and she will spend as much time as is needed to find the devil living in the details.  Nothing escapes her, nor does anything distract her from finding the truth, whether it’s what she expects, or wants, it to be or turns out to be something else entirely. She’d have the subjects of the investigation squirming within hours and, should the evidence warrant it, behind bars no matter what they attempted to throw at her. Her wit alone would skewer them in place while she gets the job done.

Which of your favorite Sf/F characters do you think would make a good special prosecutor? Hit us up!

A special thank you to Myke Cole; it was his tweet of his prosecutorial picks which sparked the idea for this column. And yes, I did ask if I could springboard off of it. He very generously said yes.