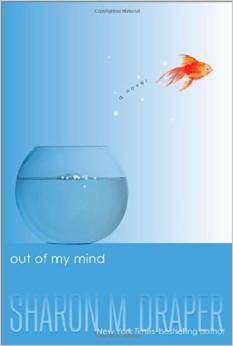 When I became a comics reader, I knew the deck was stacked against me. Nova Comics, the shop in my town beloved by local geeks, closed its doors a few years ago.

One of the first things I learned as a newbie comics fan is the importance of an LCS (local comics shop). I knew that a comics shop is where you start a pull list, but more importantly it’s where you find a community of like-minded nerds—to recommend new series, to talk about where a favorite arc is heading, to debate the merits of superheroes and non-superheroes.

But without an LCS of my own, what was I to do? I knew not every store would be a place I wanted to put down roots; Panelteer Emily has talked about her own struggle to find a good comics home after moving from DC.

I was a fan in search of community.

The good news is, it didn’t last long. On my lunch break one day I wandered into Fantom Comics in Dupont Circle. One of the employees greeted me and asked if she could help.

“Um, yes. I’m looking for comics featuring women, with at least one woman on the creative team?” I ventured.

Her eyes lit up. I was the customer she’d been dreaming of.

“Oh, YES,” she said, and she began leading me through the store, pulling Squirrel Girl and Lumberjanes from the shelves.

She was the opposite of what I’d feared, based on old comics stereotypes; she didn’t expect me to know anything, and she didn’t act at all like my fumbling questions made me look like a total newb. In fact, she seemed to enjoy it. She was my initiation into comics—my guide into a whole new world.

As she rang me up, chatting about even more titles I should check out next time—“And are you reading Silk?”—she remembered to introduce herself. “I’m Esther,” she said. “I’ll see you next time!”

I don’t know what I would have done if Esther—and other employees that I’ve met since them, including Jake (now a Panels contributor!)—weren’t so damn friendly. I would probably read a whole lot more digital copies. But the employees at Fantom have this knack for inviting in even the most casual fan and making any awkwardness dissipate instantly.

In fact, Esther, a co-owner of the store, has been widely acknowledged as the force behind its inclusive spirit. Fantom’s been around for about 10 years, in various locations around DC, but with its current location and management, they’ve really hit their stride.