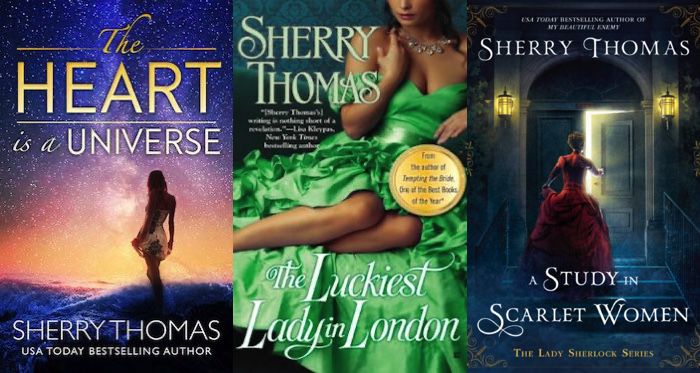 Sherry Thomas is an American writer of Chinese descent. She emigrated to the U.S. when she was 13, and learned English with the help of romance novels. She has set out to write a book in every genre she’s interested in, which seems like a great writing pathway to me.

Recently I learned about Thomas’s Lady Sherlock series and devoured them with rapid abandon. While all of her books so far have a strong romance element, Thomas writes broadly within the genre. So far I’ve encountered heroines who are neurodivergent, magical, extraterrestrial, and historical. I once had an art teacher who gave us very specific instructions for our work — exactly 1″ margins with one “break,” use only four colors, etc., for each project. Within those boundaries, however, we were encouraged to be creative and go wild. The result was that the guidelines enhanced our creativity. I don’t know if Thomas has put a hard boundary on herself to stay within the genre of romance, but I am continually impressed by her ability to find new ways of telling the story of love. And so it is with great anticipation, gentle reader, that I present to you this Reading Pathway for Thomas’s work. 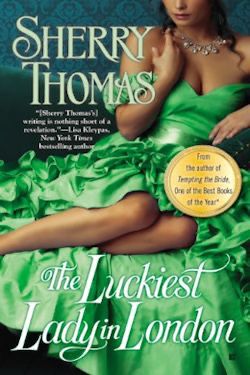 The Luckiest Lady in London: The London Trilogy, Book 1

The London trilogy is the recommended starting place for romance fans looking to get into Thomas’s historical romance work. Thomas’s website describes The Luckiest Lady in London as “[not] a sure bet…but as close as you can get with one of Sherry’s romances.” A rake, a miss, and a scandalous suggestion kicks off the London Trilogy, which also includes Thomas’s romance debut, Private Arrangements. 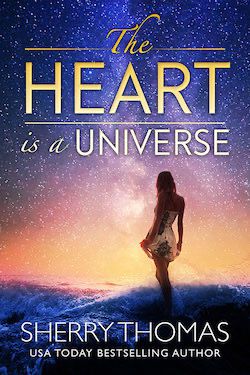 The Heart Is a Universe

One of Thomas’s only standalone novels, this is a great place to start if you’re not ready to commit to a whole series. The Heart is a Universe tells the tale of Vitalis: the Chosen One of planet Pax Cara, who is supposed to give up her life for her planet as have the Chosen Ones of each generation before her, in 16 standard days. But Vitalis yearns for more; more life, more love, more everything. Upon her arrival at an aristocratic courtship summit, she is immediately proposed to by the most eligible prince in existence. But why? What are his motives? And with her few days remaining, should she say no to a man she’s loved in secret her whole life? 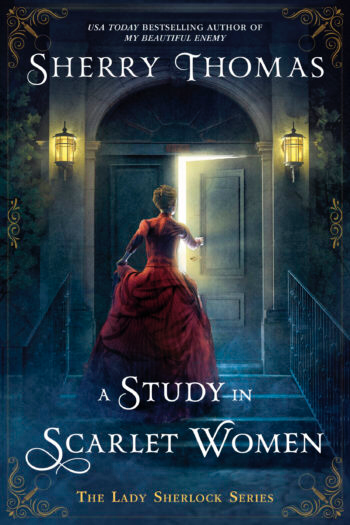 This list would not be complete without Thomas’s Lady Sherlock series, which is currently her most extensive at five published works, and the entrée into her work for many readers who aren’t avid romance fans. Lady Sherlock is probably the least romance-focused of Thomas’s work, but the elements are still there and are woven beautifully into the overall tales.

Charlotte Holmes has no wish to participate in the traditional life of a Victorian woman. Instead, she uses her considerable powers of observation and her formidable intelligence to find her own way in the world. When she realizes that the world will not accept a lady detective, she adopts the persona of the mysterious Sherlock Holmes and sets her mind to solving a trio of mysterious deaths in order to clear her sister and father’s names.

Usually Reading Pathways include three suggestions, but I got special permission to add a bonus entry for you: 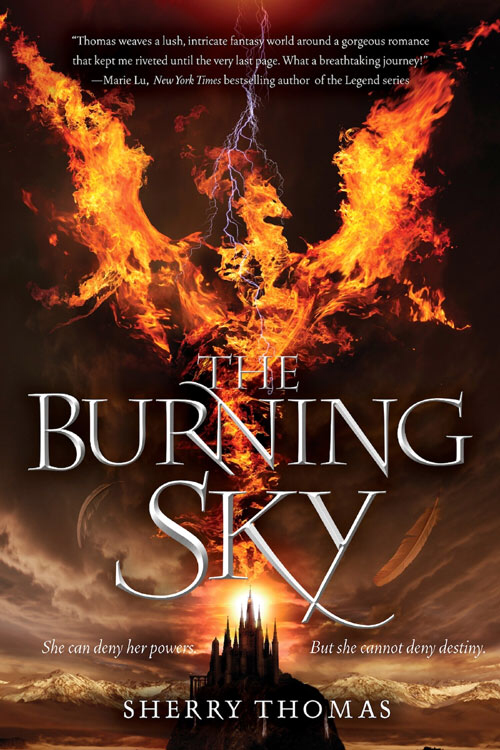 The Elemental Trilogy is a coming-of-age romance, set in a fantasy world of magic; what’s not to love? A great starting point for readers who are not yet ready for adult romance content, as well as fantasy fans.

One elemental mage has been prophesied to meet and destroy The Bane, thus saving the Realm. That mage, it turns out, is Iolanthe Seabourne, and she is not only untrained but also just 16 years old.

Prince Titus has vowed to protect Iolanthe, but he has also sworn to destroy The Bane, who killed his family, at any cost — including his own life, and that of anyone else in the way. He must now choose between his mission and her life.

And there you have it, fellow readers! Four different paths to start reading Sherry Thomas’s work. Go forth and enjoy some “finely wrought stories, with an edge.”