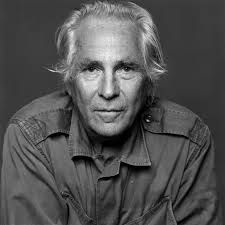 I recently read Carla Blumenkranz’s “Seduce the Whole World: Gordon Lish’s Workshop,” an essay that appeared in The New Yorker and was excerpted from the recently released Chad Harbach-edited MFA vs NYC: The Two Cultures of American Fiction. In it, Blumenkranz explains that famed Knopf editor Gordon Lish taught creative writing classes at universities and private apartments, during which he “…asked students to write to seduce him, and when female students succeeded he often took them to bed. Once he became an editor at Knopf he often bought his students’ work as well, sometimes midsemester and sometimes, or so it seemed, midclass. So in two ways his workshop extended beyond the established boundaries of the classroom: if he really liked what you were doing, he might sleep with you, or he might publish your book.”

I read the rest of the essay equal parts entranced and sickened. Because an authority figure taking such complete and unapologetic advantage of his students is both a Svengali-like act of seduction and a complete and total abuse of power. Blumenkranz weaves her way through the rest of her piece passing little to no judgement on how Lish conducted his classes. There’s a quiet condemnation at the end, but for the most part she just presents the facts. Which, to an extent, I did appreciate, it felt like a documentarian who refuses to do her own voice-over and talking heads, and prefers to let her subjects speak for themselves.

Still, the overall message of the piece was that Lish as a teacher emphasized seduction above all else: seduction of the reader, seduction of the teacher, and if you could seduce your way into a book contract, it wasn’t JUST because you slept with the teacher (of COURSE not) but rather because your draw as a writer and as a woman were one and the same. How you do anything is how you do everything. Apparently, in Lish’s class, how you seduced anyone was how you seduced everyone.

I often feel like the little boy in the crowd in “The Emperor’s New Clothes.” The kid who goes, “But wait… he’s not wearing any clothes.” I’m sure most of us feel this way on occasion, when a situation is presented to us with such confidence that  we are almost, almost, ALMOST persuaded by the power of pressure to go along with it, but we can’t, because we know the situation in question isn’t wearing clothes. That’s how I felt about this story, of a teacher who teaches students how to seduce in their writing, by practicing the art of seduction after hours. It’s a story that’s not wearing any clothes. Or rather, it’s claiming to be wearing sexy clothes when in reality it’s wearing f—ed up clothes. F—ing your creative writing students is f—ed up. Turning a workshop into a casting couch is messed. Systematically preying on your students’ desires to succeed and parlaying these situations into sexual relationships is a predatory act.

Yes, these students were all adults acting of their own consent, yes, what happened was legal, but it doesn’t make what happened right, and it certainly doesn’t make what happened romantic. A writing teacher doesn’t have to be a perfect match for all his students, she doesn’t have to treat each member of her class like God’s Gift to Sentences, he doesn’t even have to be nice to his students or like them. I think a writing teacher does have a responsibility to be fair to his students, to create a safe space in which her students have the best chance of learning, and there’s no way a classroom in which you may or may not have sex with your students is fair or safe. That shouldn’t be called a classroom. That model of education is so disturbingly warped I’m not even entirely sure we should be referring to it as a model of education, that might be too respectful, that might be giving Lish’s system too much credence.

One of the passages that bothered me most in this piece was when Blumenkranz explained that so many of Lish’s students/flings were one-hit wonders (Amy Hempel seems to be the only student/fling whose career flourished and whose work endured). The theory put forth re: the other one-hit wonders is that, through his powers of seduction, Lish coaxed that one good story or novel out of them.

Here’s another theory. Maybe those students would or could have gotten to those stories/novels no matter what. Maybe Lish wouldn’t have published them without students first taking the prerequisite course of, you know, having sex with him, but it’s completely plausible those works would exist.

So that’s my take on the situation. What’s yours? When you look at this situation are you romanced, repulsed, a little of both, what?