This content contains affiliate links. When you buy through these links, we may earn an affiliate commission.
Full Tilt Boogie - the new YA space opera graphic novel! 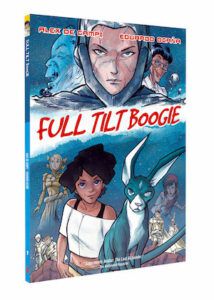 It’s the planet-conquering, prince-rescuing, and ramen-eating new graphic novel – Full Tilt Boogie! Young bounty-hunter Tee, with her grandmother and cat, rescue the narcissistic Prince Ifan from a debtor’s prison but along the way they wake up a two-thousand-year-old assassin, are pursued by Ifan’s sister and, oh, accidentally re-start an intergalactic war! This brand new space opera from Alex de Campi and Eduardo Ocaña is “Saga meets The Last Airbender”! Chased by sacred knights and undead warriors, it’s all in a day’s work for Tee and the crew of the Full Tilt Boogie! 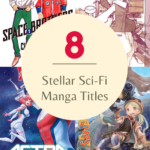 The magic of reading manga is that it transports you to far-away worlds filled with epic characters and unique tales that grasp the reader’s attention. In the world of these stories, sci-fi manga is one for the ages, and the stellar stories that are explored truly transport us to a world full of brave characters, action-packed adventures and are ones that stay with us long after the last page has been turned.

From Akira to Aria, below are eight of our favorite sci-fi mangas that you can confidently pick out from the graphic novel and manga section at your local bookstore, knowing that a solid tale full of fun and excitement awaits you. They are perfect for those who love a good cast of characters, intergalactic travel, unexpected situations and sincerely a really good time enhanced by great art. 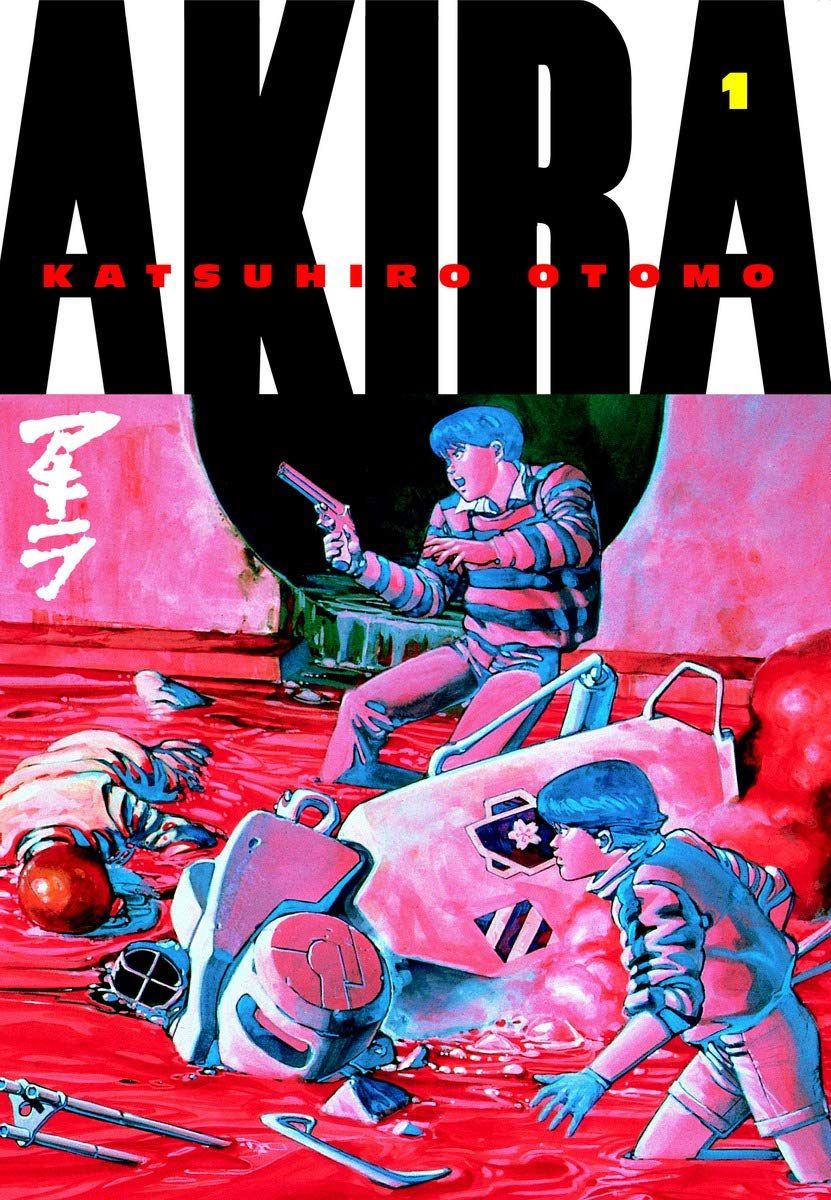 This classic graphic novel welcomes you to Neo-Tokyo, which was built after Tokyo was annihilated by a blast of unknown origin that immediately triggered an impending World War III, wreaking havoc with all involved.

In the story, two streetwise teenage friends, Tetsuo and Kaneda, have their lives totally change when paranormal abilities begin to waken in Tetsuo. This makes Tetsuo a target for a completely untrustworthy agency that will stop at nothing to prevent another serious situation like the one that leveled Tokyo and changed everything.

But at the core of the agency’s final motivation is an a fear of a monstrous power known only as Akira. What will come of Neo-Tokyo and this cast of characters in a world full of uncertainty? Read this classic manga to find out. 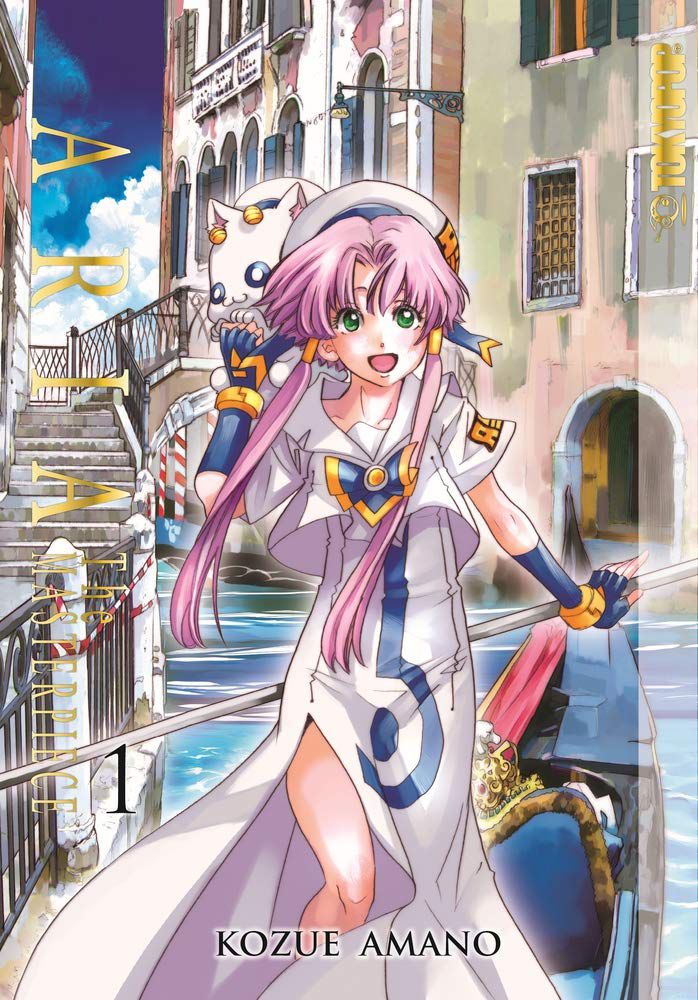 In this cute tale, the main character Akari Mizunashi has just made her home in the town of Neo-Venezia, a futuristic mirror parallel of the ancient city of Venice in Italy. This world actually exists in the planet known as Aqua, which in the past was known as Mars.

Akari lives in pursuit of her dream to become an Undine, which is a gondolier who leads high-end tours around the city of Venice. In hopes of reaching her goal, Akari joins as a trainee with the Aria Company, one of the three most important water-guide companies in Neo-Venezia, and becomes a sought after gondolier as she learns the ropes of her new experience.

While there, she explores the beauty of the city with other trainees from Aria, as well as rival companies, working hard for her future goals and making new friends along the way. This adorable manga will transport you to a wonderful land filled with color and magic, as well as transport you to a futuristic version of Venice with a great cast of characters to boot. 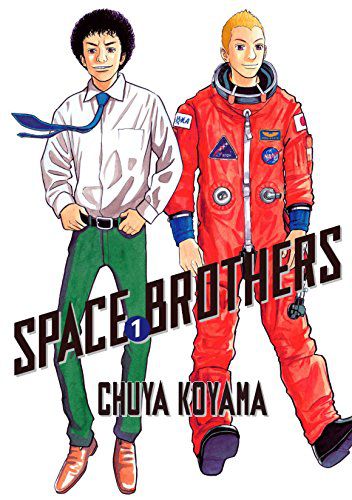 In this spacey manga, two brothers once looked up at the starry skies as children and made a promise, to themselves and to each other. And now, in the year 2025, the younger brother, Hibito, is carrying out his promise as well as he can, hopeful that it all will happen for him.

Turns out that he is an astronaut who has been selected as a crew member for mankind’s first long-term base on the moon, and is excited at the opportunity to do this. But will he succeed? Is he meant for the job? He hopes for support from his brother, Mutta.

But, on the other hand, his older brother Mutta has just been fired from his job and is unemployed. What will he do next after this happens to him?

Not too long after, he receives a text message from Hibito that sends him right into applying to be an astronaut. From then on, we follow the exciting adventures to come, as these adventurous brothers shoot for the stars and try to focus on their galactic future, with a selection of hijinks along the way. 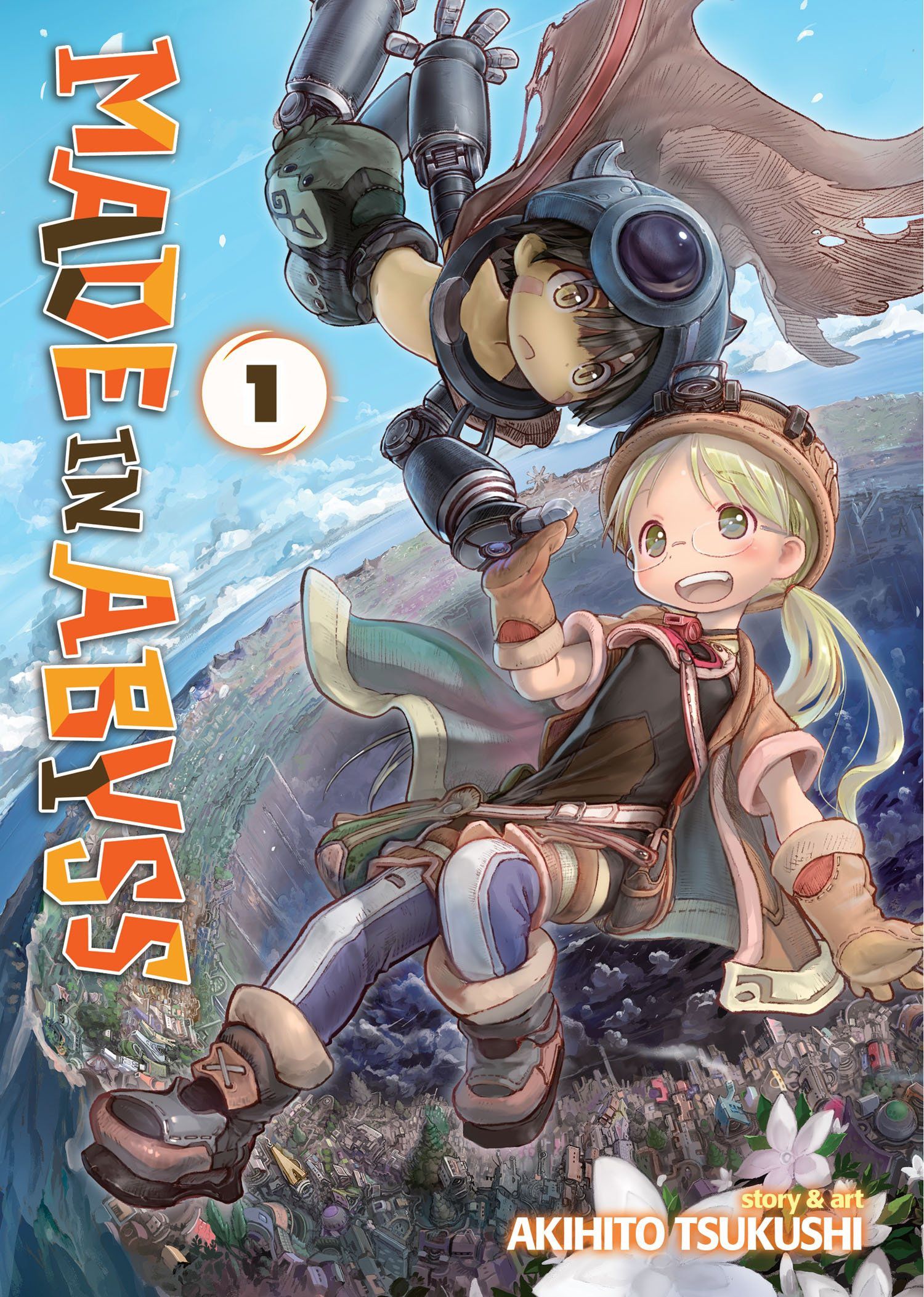 Made in Abyss Volume 1 by Akihito Tsukushi

In this out-of-this-world fantasy, we follow an age when the corners of the world have been explored and picked at for their secrets, and only one spot remains unexplored. And, maybe, just maybe, it’s time to peek in.

This space is a massive cave system known as the Abyss, filled with a variety of monstrous creatures and long-lost relics. Those who delve into its depths are known as Cave Raiders. While some dream to become them, others don’t really understand their purpose, but do get their importance in a world where exploration is a part of life.

In this world, a young orphan named Riko tries to follow in her mother’s footsteps as a Cave Raider. One day while on this quest she meets a strange robot while exploring the Abyss, which might just might take her one step closer to reaching her goal of becoming a Cave Raider after all. Will she reach her goal? Will the Cave Raiders succeed? Read on to find out more in this super fun story. 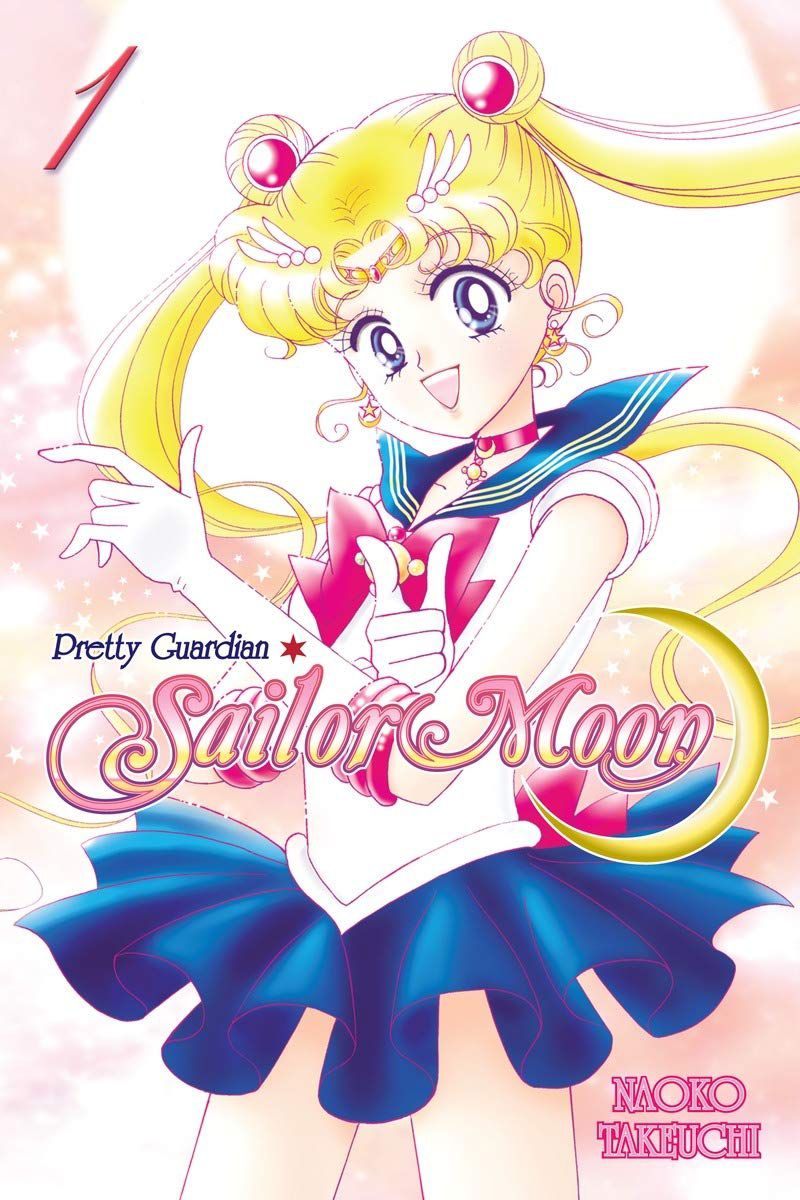 In this beloved tale, Usagi Tsukino is a normal girl until she meets up with Luna, a talking cat, who tells her that she is Sailor Moon. Will she believe Luna? She is a talking cat, after all. What, now, does her future hold?

It seems that now, as Sailor Moon, Usagi must fight evil forces and enforce justice, in the name of the Moon and the mysterious Moon Princess, a task she never believed would come upon her, nor one she feels fully prepared for.

Throughout her adventure, she realizes she’s not alone and meets other girls destined to be Sailor Senshi (Sailor Scouts), and realizes that her destiny is now to fight all these evil forces coming upon them as a team. This classic tale explores friendship and teamwork, and is one that has been made popular throughout the years, spanning many stories about the Sailor Scouts. 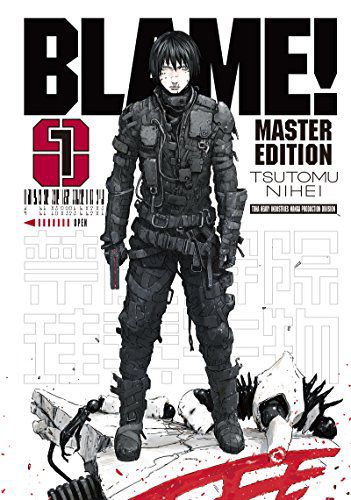 In this edgy manga set on a future version of Earth, there is a city that has grown so chaotically huge that its inhabitants no longer recall what a “land” is and what was there — and their reality — before this dire situation.

Within this world, the extremely quiet Kyrii is on a mission to find the Net Terminal Gene, which is a genetic mutation that once allowed humans to access the cybernetic NetSphere. While reserved, Kyrii takes the mission seriously, and focuses on it with strength and determination, but might not be prepared for the battle to come.

Armed with a super powerful Graviton Beam Emitter, Kyrii fights off attacks from other humans, cyborgs and even silicon-based lifeforms trying to reach this goal and to fulfill his mission. In this world, Kyrii will stop at nothing to continue working towards his mission, even if it means fighting off what comes towards him, alone.

Yet, along the way, he encounters a very smart scientist whose body has unfortunately deteriorated because of being imprisoned for an extremely long time. She is the one who promises to help Kyrii find the Net Terminal Gene, but not until she settles some situations herself first. Will they succeed in their mission? Was Kyrii better off alone? This story will keep you on the edge of your seat as you follow the mission and the main characters as they try to understand what’s next and each other’s destiny. 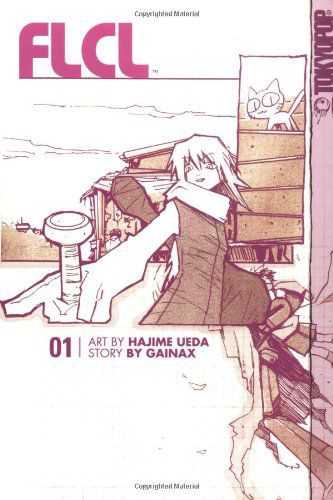 No matter what he might do to try to hide, his life in the city of Mabase is interrupted by the arrival of the vespa-riding and eccentric Haruko Haruhara. She runs over Naota then revives him using CPR, before hitting him on the head with her left-handed, electric bass guitar. Then, she proceeds to stalk him and try to enter his life as a live-in maid in the household. It’s a life that Naota did not ever dream for himself.

Yet, throughout this, Naota discovers that the head injury she caused created a portal in which giant robots produced by a company known as Medical Mechanica emerge from him periodically. Filled with a fun cast of characters, this is a classic and fun manga with epic sci-fi elements, humor and lots of fun moments. 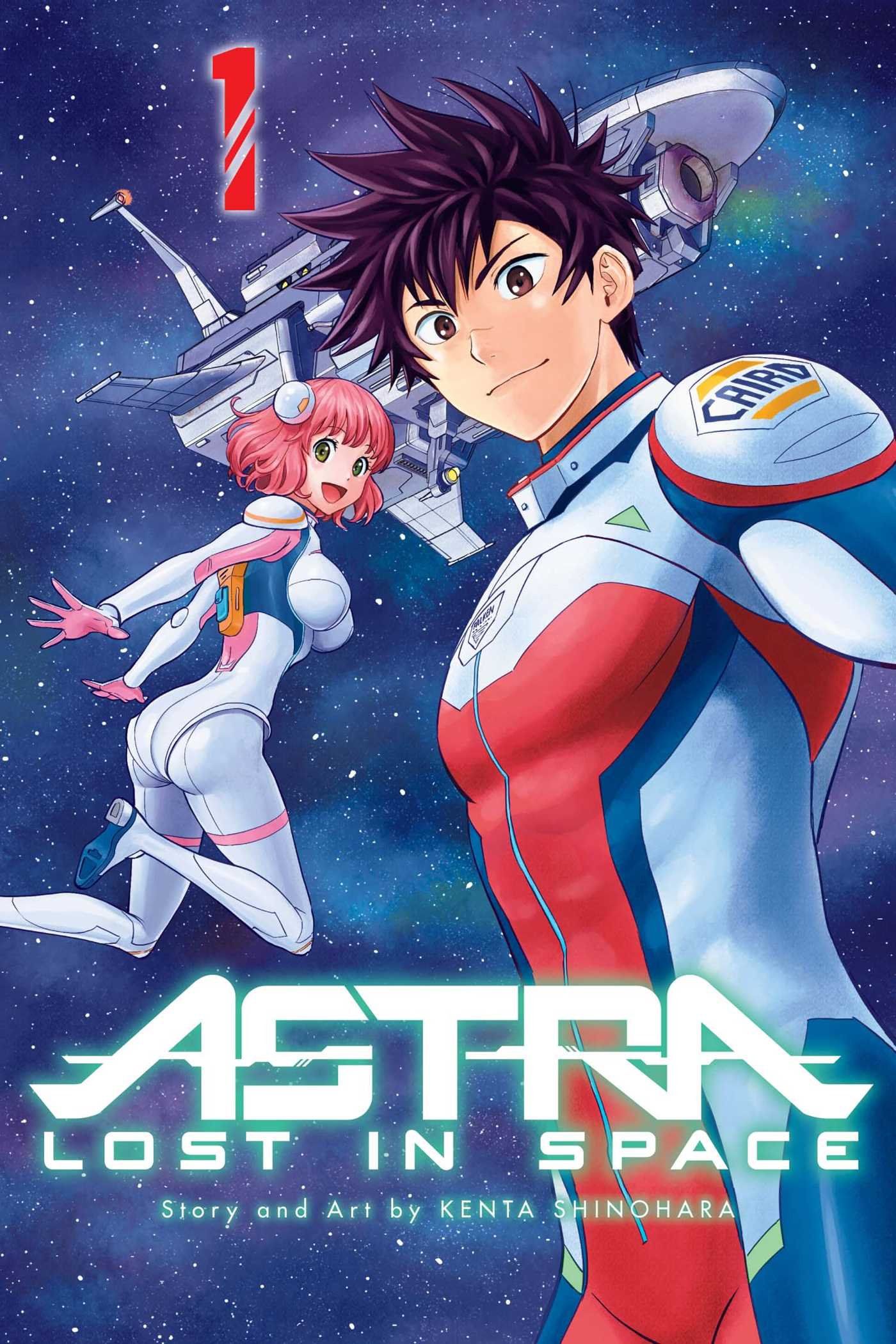 In this tale, the year is now a futuristic 2063, and interstellar space travel has become a normal way of life. In this world, eight students from Caird High School and one child set out on a routine planet camp excursion. While there, the students are suddenly transported 5,000 light-years away to the middle of nowhere. What is a group of young adults to do? Will they try to make the best of it all?

On the other hand, it is the first day of Planet Camp, and Aries Spring couldnʼt be more excited to be a part of it. She, along with the eight strangers, leave for Planet McPa for a weeklong experience and trip. Yet, soon after they arrive, a mysterious orb appears and transports them into the depths of space, where they find an empty floating spaceship that they cannot really understand. Now, a mystery awaits them and it’s up to them to get together and figure it all out, if they can figure out how to work together after all.

Can eight teenagers find their way home from 5,000 light-years away? Read on to find out in this unique and fun manga filled with wit and loads of excellent storytelling.

Have any favorite sci-fi manga titles not mentioned here? Let me know @AuroraMiami on Twitter and let us know @BookRiot on Twitter.