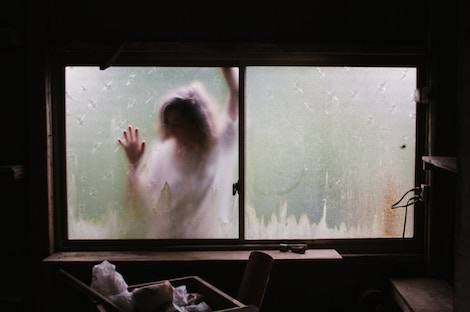 While many of us gravitate towards the fiction aisle when we want to pick up a good horror story, there are tons of terrifyingly scary nonfiction books out there. From serial killers to cannibals, cults to human experiments, unexplained phenomena to creepy crawlies, the world and its occupants can be awful. So as we approach the spookiest night of the year, here’s a short nonfiction reading list to make you shiver. 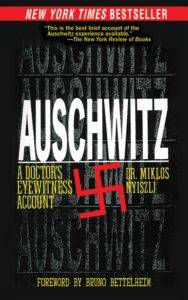 Auschwitz: A Doctor’s Eyewitness Account reminds us that horror stories are not all fictional and that, in fact, we ourselves can contribute to others’ pain and suffering. This memoir details Miklos Nyiszli’s time working for the Angel of Death Josef Mengele in Auschwitz and chronicles his attempts to remain alive and sane as he witnessed the horror that befell other Jewish prisoners.

Five Days at Memorial: Life and Death in a Storm-Ravaged Hospital by Sheri Fink

This book reconstructs the events that took place over five days at the Memorial Medical Center in New Orleans during Hurricane Katrina. Without power or an evacuation plan, doctors, nurses, and patients struggled to stay alive and figure out what to do, resulting in the planned deaths of several patients. Wading through eyewitness accounts and hundreds of documents, Sheri Fink attempts to understand these five days and pinpoint the crime—legal, moral, and ethical—that occurred. 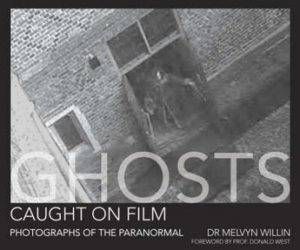 Ghosts Caught On Film: Photographs of the Paranormal by Melvyn Willin

This short photo book explores images of ghosts purportedly caught on film, including the Cottingley Glen fairies and the ghost of Abraham Lincoln. While some look clearly manipulated, others will leave you chilled and not a little weary of taking a photo on a dark night.

Erzsebet (sometimes called “Elizabeth”) Bathory, the Blood Countess of Hungary, has many legends about her. Some claim that she was a vampire who kept up her appearance of immortality by bathing in the blood of virgins. Others say she would lure young women to her home with the promise of work and shelter only to torture and murder them. This well-researched book combs through letters, trial transcripts, and other documents to unearth the terrifying truth. 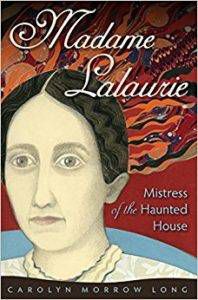 Delphine Lalaurie has long been regarded as one of the most horrifying women in American history. When a fire broke out in her home, a crowd of people rushed inside to assist her and her husband—only to find that they had been abusing and torturing their slaves and were willing to let them burn alive to avoid discovery. While this biography does cover the more sensational and sadistic aspects of Madame Lalaurie’s life, it also meticulously details her various legal troubles, exile to France, and the public’s perception of her.

The Myrtles Plantation: The True Story of America’s Most Haunted House by Frances Kermeen

The author, Frances Kermeen, lived and owned the Myrtles Plantation for several years until a series of frightening events—moving furniture, ghostly footsteps, and spectral visions—as well as some personal hardships forced her to leave. While occasionally over-the-top in its prose and depiction of the locals, it is nonetheless a gripping narrative about a real life haunting. 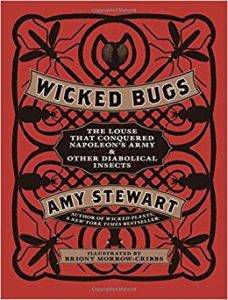 Wicked Bugs: The Louse That Conquered Napoleon’s Army and Other Diabolical Insects by Amy Stewart

This is a book for all you archnaphobes (fear of spiders), entomophobes (fear of insects), and katsaridaphobes (fear of cockroaches) out there. Wicked Bugs tracks over 100 different creepy crawlies, including hornets, millipedes, and the Death Watch Beetle, telling you in delightful detail how each of these creatures can make your life a living hell. Many of the sections are accompanied by beautiful, skin-crawling etches so you know exactly what to fear.

If you want more recommendations for scary nonfiction books, check out these posts by fellow contributors Kim Ukura and Cassandra Neace. Also consider signing up for our True Story newsletter for your dose of weird, wonderful, and woeful.