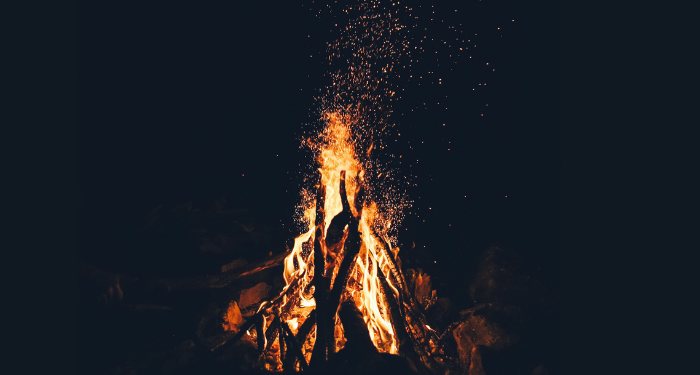 The first thing to know about Samhain is that it’s based on a different calendar. The bulk of the world operates on the Gregorian calendar. This is the one we’re all familiar with; the first day of the year is January 1, the last day is December 31. The Gregorian calendar was established in 1582 by Pope Gregory XIII, as a reform of the Julian calendar. The Julian calendar was established in AUC 709, or 45 BCE, by Julius Caesar, as a reform of the traditional Roman calendar, which only had ten months. (AUC or AVC refers to the number of years since the founding of the Roman Republic. Obviously no one in 45 BCE knew that they were living “before the common era,” or “before Christ.”)

I cannot possibly give you a rundown of how the calendars came to be the way they are; I just spent half an hour down a calendar nerd rabbit hole and the conclusion is: it’s so very complicated. There’s a lot of math and astronomy and more than a dash of astrology. Rulers of many nations would just rename a month after whomever they pleased, not to mention that before the western world agreed in general to the Gregorian calendar, different people and countries used different methods for calculating the turning of the year. And when I say “before,” please note that the bulk of Eastern Europe adopted the Gregorian calendar in the early 20th century, and Saudi Arabia adopted it in 2016. If I’ve piqued your curiosity, I recommend David Ewing Duncan’s Calendar: Humanity’s Epic Struggle to Determine a True and Accurate Year.

All that is to say, it is not unusual to celebrate the turning of the year on a different day than January 1. Samhain is either October 31 or the full moon immediately before that date, and is considered by witches, pagans, and Wiccans to be the changeover from the old year to the new; personally, I tend to call it Witch New Year, a pun that is simultaneously terrible and amuses me greatly. Samhain is a Gaelic word, often translated as “summer’s end,” and is pronounced SOW-win. (French has nothing on Gaelic when it comes to tossing in letters that have no business being in the word, but I digress.) A great starter guide to this tradition is Llewellyn’s Samhain, part of their excellent Sabbat series. In climates similar to Ireland, England, Scotland, and Wales, Samhain marks the end of the harvest season and is halfway between the autumnal equinox (Mabon) and the winter solstice (Yule). And unlike Mabon, Samhain is a holy day with ancient roots.

One might wonder why the new year begins with what we tend to think of as the closing down of the Earth. After all, wouldn’t it make more sense to start the year with waking up, the rebirth of plants and animals? This is a good question, and the answer is that after the harvest, there must be a period of marshaling resources, of rest and regeneration. Consider the story of Persephone and Hades, wherein she descends to the underworld to live with her husband for the winter, emerging fecund and alive in the spring. (Side note: if you’re looking for a refresher with a modern twist and a lot of heat, I recommend A Touch of Darkness by Scarlett St. Clair.)

Ok, so what do witches actually do during their new year celebrations? Many celebrate Halloween as a separate and largely secular holiday; Ruth Edna Kelley’s The Book of Hallowe‘en does a great job of describing the crossover traditions from the more somber Samhain. It is a much more serious celebration, as befits the beginning of a period of introspection that we started planning at Mabon. Many traditions consider the end of harvest a fire festival; almost all pagans, witches, and Wiccans will celebrate Samhain with some kind of fire ritual. A surprising number of cultures consider the end of October to be a time when the veil between this world and the spirit world are very thin; there is a lot of ancestor worship, respect, and recognition that happens around this time (Dia de los Muertos and All Saint’s Day are the most well-known).

I want to make clear at this point that am speaking as a witch who is neither pagan nor Wiccan. Many modern witches who do not identify as Wiccan or specifically pagan lean eclectic; we pick and choose the rituals and practices that work for us. Many of my practices stem from suggestions in Inner Witch by Gabriela Herstik and A Practical Guide for Witches by Ylva Mara Radziszewski. My friends — coven — and I get together via video conference because we are scattered along the west coast of the U.S. We write our wishes and plans for the year to come and tuck them into a safe place. We pull out our wishes from the year before, then add our regrets and send them all into the purifying flame of the new year. We also toast our ancestors — usually with a special cocktail cooked up by one of our coven members, who is a nationally recognized cocktail creator. And most importantly, we reset our houses. Similar to the practices on Mabon, we deep-clean our space, reset our altars, sprinkle salt in the doorways and draw sigils of protection. Whether this creates a truly safe space or whether it simply makes us feel more in control of a world that is more chaotic every day, I don’t know. But I can say that there is a comfort in the planning and the execution of the process.

With the seasonal shift from exterior to interior spaces, I look through my library for ways to make the inside of the house feel fresh over the winter. I spend some time planning my garden for next spring, skimming through Plant Witchery and dreaming about the flowers and herbs to come. I also start a fresh journey into tarot, which inevitably gets dropped once the sun fully returns. My favorite resource is The Ultimate Guide to Tarot, and I pick and choose from the many (many) decks I’ve accumulated over the years.

As I mentioned at Mabon, with the inward focus also comes a need to learn new things. I’ve been learning to be an artist these last couple of years, and a few of the books I am excited to dive into this winter are Pen and Ink Drawing by Alphonso Dunn (who also has an excellent YouTube channel) and Botanical Art Techniques by the American Society of Botanical Artists.

Y’know. On top of my existing TBR, of course, which grows all year round.