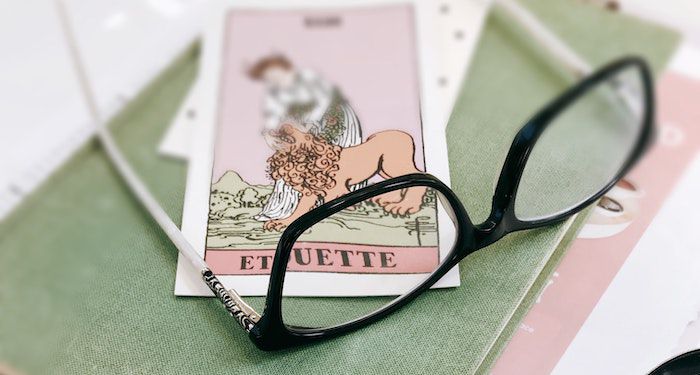 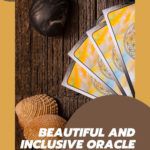 More and more authors have been creating and publishing tarot and oracle card decks. Bestselling poet amanda lovelace recently released Believe In Your Own Magic, a 45-card oracle deck illustrated by fairy tale artist Janaina Medeiros. Maggie Stiefvater developed The Raven’s Prophecy Tarot deck in 2015, and later in 2020, her second deck, Scorpio Sea Tarot, will be available for purchase. Despite not necessarily being — or including — books with them, tarot and oracle card decks are absolutely bookish creations: they ask users to read the cards, through the words on the cards, the images on the cards, and the combination of both.

Tarot cards began their lives akin to playing cards, and few historical decks still remain. Many were hand painted, and it was through the development of the printing press that they were able to be mass produced. Somewhere in the late 1700s, the first tarot deck was produced for the purposes of divination (AKA using the cards intuitively to find meaning). Tarot cards today have the same setup as did those early decks. There are 78 cards total, consisting of two parts: the 22-card major arcana, alongside the 56-card minor arcana. Tarot cards have a structure and pattern to their language, though interpretation is at the hands of the user, based on what they’re seeing in the individual cards, as well as the spread of cards.

Oracle cards, on the other hand, are more fluid in their structure. A deck can contain any number of cards, any number of designs, and often comes with a booklet to offer insight into the cards and what they might mean. Many see oracle cards as more accessible to the common person, since there isn’t a standard template to them. Rather, you can simply be drawn to the messages or images of a deck and use it wherever feels appropriate in your life.

Do cards connect to something mystical? Maybe! But also maybe not. What makes cards — be they tarot or oracle — appealing for so many is that they simply offer thoughts. Being offered a thought gives a user something to think about or chew over, as well as potential insight into a question or challenge that they may otherwise not have come to on their own. They can offer a guiding idea for any number of projects, time periods, circumstances.

Tarot cards have a long legacy of sexism and racism associated with their use, as well as their iconography. The most common Western deck, the Rider-Waite, was developed by a woman of color named Pamela Coleman Smith, but the credit for its creation went not to her, but instead to the publishing company. Many alternate decks fall into problems, too, wherein the vast majority of images feature thin, white bodies, as well as female bodies positioned in ways that are disempowering. There are not disabled bodies, not bodies of people of color, not empowered female, trans, genderqueer, or otherwise non-cis white men centered in the images. Many decks also showcase patriarchal, Victorian-era conservative family models. For example, The Empress represents a mother who is “nurturing” while The Emperor, representing a father, is “authoritative.”

Part of why oracle cards have flourished is the freedom to move away from the structure and offer a wholly different — and more accurate — view of the world. Of course, that doesn’t stop some creators from appropriating language and images from other cultures, so do note that many decks will be off-putting because of this. There are, for example, a number of “spirit animal” style decks, both oracle and tarot, developed by non-Native creators for non-Native use.

But, because so many people have found interest in both types of decks, tarot, too, is finding itself better representing a wide array of human (and non-human!) experiences. Earlier in 2020, a wildly successful Kickstarter for BOTANICA: A Tarot Deck about The Language of Flowers highlighted the passion for different styles of tarot, as it brought in nearly 3/4 of a million dollars from backers.

It’s a treat to see such a variety of decks, and thanks to authors who are tuned into what sorts of decks would bring meaning and value to users’ lives, we’re able to find the just right set or sets for us.

Let’s have some fun and dive deep into the world of gorgeous, unique, and inclusive tarot and oracle card decks you can buy right now.

Kicking off this roundup is a deck of The Literary Witches oracle cards. There are 70 different cards, written by Taisia Kitaiskaia and illustrated by Katy Horan. The images themselves include 30 female writers through history, including some who aren’t as well-known, alongside 40 spiritual tool images. It looks minimal but also gorgeous. $20.

Continuing the witch theme is this Modern Witch Tarot Deck, featuring images of witches of all shapes, sizes, and skin colors. Created by author and illustrator Lisa Sterle, the above-pictured deck is a miniature size, perfect for carrying around with you.

If oracle is more your calling, Stasia also developed the Empty Cup Oracle. It boasts the same gilt-edges along each card. $45.

The Kaleidodope Deck features Black and Brown people front and center on the tarot. $55.55.

For some fun, grab the Bad Bitches tarot deck. $45.

The first deck I purchased as an adult was a mini cat tarot deck, and I love the images and how much they make me pause and think. This Tarot Cat deck isn’t the same one, and I am sorely tempted to add it to my ever-growing collection. $46.

My absolute favorite deck and one I use a lot with other people because the images and associated insights are marvelous. The Fauna Inspiration deck isn’t necessarily a tarot or oracle deck but instead meant to offer inspiration. The images are of a wide variety of animals, all water colors, with empowering and insightful connections to broad concepts related to those animals. $35.

Easily one of the most inclusive decks I’ve seen, Cristy C. Road developed a social justice focused tarot deck in Next World. It features all manner of people throughout. $50.

Lucy Cavendish and Jasmine Becket Griffith offer up a surreal take on Alice in Wonderland with this oracle deck. $26.

How pretty is this love and magic oracle deck? $35.

The Song Of My Heart deck is downright gorgeous! $60.

Dreamy and etheric, the Moonchild Tarot is inclusive and inspiring. $73.

Want more? You’ll love this geeky tarot art and these literary themed tarot decks. And, of course, don’t forget to dig into books to get you started reading tarot.