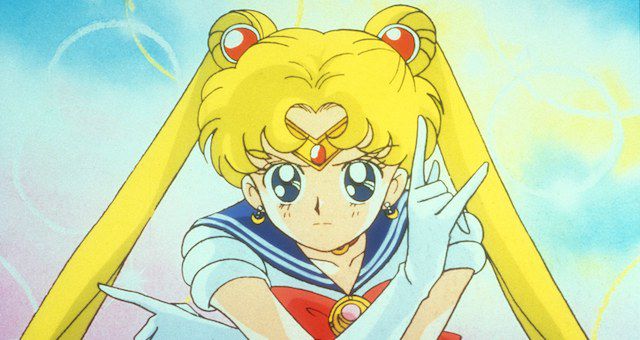 Last year, a Book Riot contributor thanked Naoko Takeuchi for creating Sailor Moon. In a similar vein, I would like to thank everybody responsible for putting all five seasons of Sailor Moon on Hulu. Firstly, thank you for restoring this childhood love. Secondly, thank you for finally inspiring me to read the manga where it all began.

I’m going to age myself by admitting that I first discovered Sailor Moon on Fox Kids (which no longer exists). It was a heavily edited version in which character names and types were changed and violence was heavily censored. The main character, Usagi Tsukino (our beloved moon bunny) became Serena; the gender-fluid Sailor Uranus became solely female; and some of the more scantily clad villains got a few more items of clothing added to their wardrobes.

In the UK, Fox Kids only broadcast the first two seasons. However, years later, as the internet became a thing (aging myself again), I searched for places to rewatch these two seasons and discovered there were three more seasons out there I had been deprived of. Believe me when I tell you that I have searched high and low for ways to watch those lost series. So, again, thank you, Hulu, for restoring Sailor Moon to me. 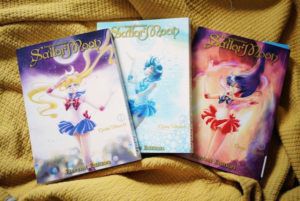 On Hulu right now (and I hope forevermore) you can watch all five seasons of Sailor Moon. Arguably the most famous exported Japanese Anime and Manga. For seasons 1–4, you have the option of watching each episode dubbed or subbed (which my 6-year-old niece discovered when she accidentally clicked on the subbed version) and season 5 is only subbed.

Even better, Hulu has what I call the legit translation. The Japanese names are not Westernised and the ambiguity of character gender is left exactly as Naoko Takeuchi intended.

I think this is great because:

I applaud Hulu for showing the version most like what Takeuchi originally intended.

My Issues With the Anime

The problem is, that now that I am somewhat of an adult, I have less patience with the ten-minute transformations of each sailor guardian. I also can’t watch 40 episodes of the same villain being defeated before finally reaching the six episode season climax. Being a firm believer that the book is always better than the film/TV show (not sorry), I knew it was time to finally read some manga.

Thank you, CPL, for having every single volume in stock.

Not only was this my first experience with manga, but this was also my first experience with graphic novels, period. If you’ve never read a graphic novel, I gotta tell you, we have been missing out. It’s essentially picture books for all ages. Here were all my favourite characters and villains standing still long enough for me to take in every single aspect of them. Plus more detailed characterisation. And better still, faster and yet more detailed plot arcs. It was everything I desired from Sailor Moon and more.

Just a few of the differences are:

Why read the manga?

Although I believe the book is always better than the movie, it’s a lot quicker to watch the movie. Not so with Sailor Moon. I read all 12 volumes in 12 days and that’s only because I restricted myself to a volume a day. So if, like me, you love the anime, do yourself a favour, read the manga.

However, my 6-year-old niece is watching the anime and now believes she fluent in Japanese. You won’t get that with the manga.