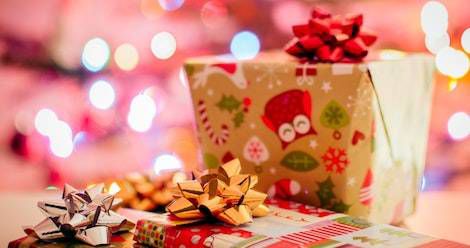 Now that we are past the big gift-giving season, and we’ve flooded our friends and family with our books, I’m thinking about my book giving practices. 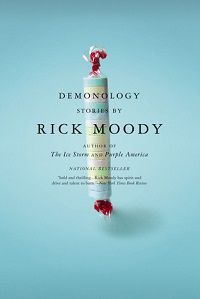 Over the years, I’ve watched my philosophy change. In my high school and early college years, I tended to buy books that I thought everyone should read. I distinctly remember buying many copies of Rick Moody’s Demonology for everyone’s birthdays because I thought it was the bees knees.

But soon I realized the book was not universally loved (and was a bit out there for most people’s taste) so I tried a different tactic. I bought books that I thought that other people would like. I knew one of my friends would love Kurt Vonnegut’s Cat’s Cradle, a book I thoroughly loathed, but I bought it for him anyway. And I was right; he did love it.

I had a rule for a brief period that I wouldn’t buy books that I hadn’t read. I was a big gift giver of Gregory Maguire’s works, especially Wicked (long before the musical was a gleam in someone’s eye) until I tried reading one of his works and couldn’t get more than 20 pages in. But then I was limited significantly by the books I could give away, so I spent time studying people’s credentials if I was giving away nonfiction books and reading reviews in general.

Now, I do a combination of things. Nowadays I tend to give people a lot of comic books that I think they will enjoy that I also think are must reads. I cater the books to the person as a rule instead of wholesale buying everyone the same book. (Though I do stand by my Ricky Moody choice.)

Other Rioter’s Rules for Book Buying

I tend to buy newly released books as gifts, as it cuts down the likelihood that they’ve already read it or already own it. I definitely tailor to the person and try to buy books that I’ve already read and enjoyed. And an important best practice for me is buying books at local indie bookstores instead of on Amazon. Support your local indies!

I don’t have set rules, but when I buy books for people it’s either that I love the story or they want it.

I have a bookish gift rule that is completely arbitrary. If the hardcover is available, I always buy the hardcover. I have no idea why. It’s likely that I want to come across as less frugal. I’m petty and vain.

If I buy a book as a gift, especially for a friend or family member who lives out of town, I always shop at a local indie and include a bookmark or a postcard from the store that features my town or the one I visited. It’s like a fun bonus souvenir on top of a book!

My rules aren’t hard and fast, but I make sure that either I love the book or the person receiving the book wants it. You never know if a person has the book that you’re offering, or if they may have rants about certain topic matters. In short, I don’t do surprises and make sure to ask ahead of time.

I’ve found that a lot of people struggle with finding a nonfiction book that excites them, so I make it a personal rule to buy a book from the genre that I think suits their interests! It makes approaching nonfiction a little more accessible while showing them that you know and care about their interests.

Usually my book-gifting ties in with a local creator who is doing a signing. It doesn’t have to be their latest book; sometimes the creators are really happy to see their older work still being read. It really is a win-win all around: my friends gain a personal touch with the book, the creator sees the support first-hand, and the majority of signings happen in my local bookstores so I’m supporting local businesses as well!

I try to give bookish gifts that align with the recipient’s interests or a recent event in their life and aren’t too popular or buzzy (to cut down on the possibility that they’re read it). So, for example, a cookbook with recipes from across South America for a friend who had been on a big South American trip, or a book about nature for my sister, who works at an environmental organization. Obviously, this is easier when you know someone well, but it’s not hard to do a quick social media scan and see that my friend is about to be a bridesmaid (a good occasion to give Hey Ladies!) or my cousin just moved into her first apartment (hello, Live Alone and Like It). I’ve worked on and off as a bookseller for over a decade, so I really enjoy the “hunting for the perfect book” part of gift-giving!

What book giving rules do you have?