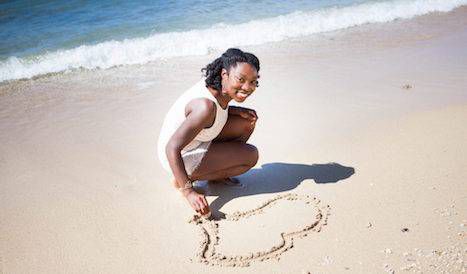 The RITA Award is the highest award of distinction in the romance publishing industry, recognizing excellence in published romance novels and novellas. They are self-nominated (by either author or publisher) and the first round of the competition is peer-judged. It’s named after RWA’s first president, Rita Clay Estrada, and the award is a golden statue of her.

The winner and runners up for each category are:

Winner: Take the Lead by Alexis Daria
Black Bird of the Gallows by Meg Kassel
His Perfect Partner by Priscilla Oliveras
The Thing with Feathers by McCall Hoyle
Waltzing with the Earl by Catherine Tinley

@alexisdaria’s RITA win for Best First Book has us like 💃🏻💃🏻💃🏻💃🏻💃🏻💃🏻!!! Take the Lead is a must-read contemporary romance with sizzling chemistry and a couple you’ll love rooting for from their first dance to their swoon worthy HEA. We know Alexis will quickly become one of your favorite authors! 🤗🏆😍❤️🤩🙌🏻💃🏻🕺🏻 Congrats to Alexis and all the finalists and winners! What an amazing night for romance and the romance authors who are always striving to bring a little more joy, love, and acceptance to the world. We’re so proud to be part of this community! #rwa2018 #rita2018 #ritagh #romance #takethelead #bestfirstbook #booklover #bookworm #contemporaryromance #danceoff #smpswerve #smpromance

Winner: Falling Hard by Lexi Ryan
The Dating Game by Avril Tremayne
Famous by Jenny Holiday
No One but You by Brenda Novak
Take the Lead by Alexis Daria
Tougher in Texas by Kari Lynn Dell
The Whys Have It by Amy Matayo
The Wingman by Natasha Anders

Winner: Tell Me by Abigail Strom


The F-Word by Sandra Marton
His Perfect Partner by Priscilla Oliveras
Lucky Charmed by Sharla Lovelace
New Leash on Life by Roxanne St. Claire
Redemption by Kelly Moran
Royally Wed by Teri Wilson
Summer Stock by Vanessa North
This Can’t Be Love by Maria Geraci
You Do Something to Me (The Sullivans) by Bella Andre

Winner: Second Chance Summer by Kait Nolan
The Billionaire’s Christmas Baby by Marion Lennox
Christmas at the Graff by Kaylie Newell
A Christmas Miracle by Amy Andrews
The Cowboy Upstairs by Tanya Michaels
The Doctor and the Princess by Scarlet Wilson
Miracle on Chance Avenue by Jane Porter
The Princess Problem by Teri Wilson
The Sheikh’s Convenient Princess by Liz Fielding
Troy (American Extreme Bullrider Tour #5) by Amy Andrews

Winner: Between the Devil and the Duke by Kelly Bowen
The Day of the Duchess by Sarah MacLean
Mad for the Marquess by Jess Russell
The Scandalous Flirt by Olivia Drake
The Scoundrel’s Honor by Christi Caldwell

Winner: Waltzing with the Earl by Catherine Tinley
Blame It on the Duke by Lenora Bell
The Demon Duke by Margaret Locke
The Rogue’s Conquest by Lily Maxton
The Scandal of It All by Sophie Jordan
A Scottish Lord for Christmas by Lauren Smith
Within a Captain’s Soul by Lisa Olech

Last night was amazing. I'm so honored to be the recipient of the @romancewriters #RWA2018 RITA Award for Best Contemporary Romance: Long. Y'all, if you work hard, persist, and believe, dreams really do come true! #RITAGH #ritagh18 #authorsofinstagram

Mainstream Fiction with a Central Romance

Winner: Now that You Mention It by Kristan Higgins
The Night Mark by Tiffany Reisz
Shelter the Sea by Heidi Cullinan
Unloved, a Love Story by Katy Regnery

Winner: Hunt the Darkness by Stephanie Rowe
Bishop by Marie Johnston
The Druid Next Door by E. J. Russell
Eleventh Grave in Moonlight by Darynda Jones
Song of the Nightpiper by Hannah Meredith
Spectred Isle by K. J. Charles
To Enthrall the Demon Lord by Nadine Mutas
Wanted and Wired by Vivien Jackson

Winner: Forbidden River by Brynn Kelly
“Dancing with the Duke’s Heir” in Scandal at the Christmas Ball by Bronwyn Scott
Her Duke at Daybreak by Wendy LaCapra
“In His Arms” in Falling: Small Town Love Anthology by Jules Dixon
“The Pursuit Of…” in Hamilton’s Battalion: A Trio of Romances by Courtney Milan
The Secret of My Seduction by Caroline Linden
“Sweet Home Highlands” in Christmas in Kilts: A Highland Holiday Box Set by May McGoldrick
Until the Sun Sets by Tara Wyatt

Romance with Religious or Spiritual Elements

Winner: Then There Was You by Kara Isaac
Grounded Hearts by Jeanne M. Dickson
A New Shade of Summer by Nicole Deese
A Note Yet Unsung by Tamera Alexander
One Simple Wish by Katy Lee

Winner: The Fixer by HelenKay Dimon
Critical Instinct by Janie Crouch
Guarding Mr. Fine by HelenKay Dimon
Montana Heat: Escape to You by Jennifer Ryan
Say You’re Sorry by Melinda Leigh
Too Wilde to Tame by Tonya Burrows
Touch of Red by Laura Griffin
The Transporter by Liz Maverick
Under Fire by Scarlett Cole

Winner: Seize Today by Pintip Dunn
Black Bird of the Gallows by Meg Kassel
Letters to the Lost by Brigid Kemmerer
The Thing with Feathers by McCall Hoyle

At the gala, RWA also announces the recipient of the Nora Roberts Lifetime Achievement Award, one of its highest honors. It’s presented to a living author to recognize significant contributions to the romance genre.

The 2018 recipient is Suzanne Brockmann, author of Some Kind of Hero, Over the Edge, and many more. I’m not sure any Lifetime Achievement speech can ever top Beverly Jenkins’s from 2017, but Brockmann came close with a barn-burning speech about fighting for inclusion.

"How are readers ever going to expand their world view if they didn't get to meet characters like my adorable gay sheriff?" Suzanne Brockmann's told her first editor when she was pushed to change a secondary character's sexuality #RWA18 #RITAGH

You can watch the full awards ceremony, including Brockmann’s speech, online.