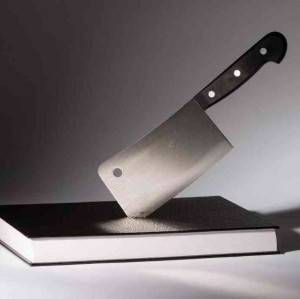 The following obits for the Novel, Review, Pen, Library, Reader, and Writer, were found in various newspapers- oh wait, aren’t newspapers dead, too?

As the indomitably pessimistic Will Self has proclaimed, “the novel was the true Wagnerian Gesamtkunstwerk,” but now it is dead. Gone. Au revoir. Adios. Cyalata. The Novel, my friends, the Novel was a bright star, a shining light, a pillar of respectability, a beacon of hope for the thoughtful thinker. It died on June 18, 2014, surrounded by friends and family, which included the Biography and the Travelogue. The estranged Newspaper was also in attendance. Despite our tears, we must remember that the Novel had a long and fulfilling life, stretching from the 17th century to the 21st. The Novel was long, it was short, it was exquisite, it was hilarious, it was hardback, it was paperback. And now it is dead. Mourners are asked to take all of their Novels and bury them in their backyards out of respect.

The Professional Book Review died on April 6, 2014, after struggling valiantly against the disease of Bookbloggeritis (see Rioter Peter’s remarks here). Alas, the PBR once held its head up proudly, frequenting the Club and hobnobbing with its BFF, The Snooty Snobby Book Review Section of a Hoity-Toity Newspaper. They’d drink tea, they’d play dominoes, they’d laugh at the impudent upstarts writing “reviews” on their “blogs” and attracting “readers.” Now, now the PBR is mouldering in its grave. The service, however, was correct in all details. It was solemn, it was sober, it was twenty hours long. The eulogy was given by Colin Robinson of the NYT. The PBR will be missed…by a few people.

No one writes anymore, so the Pen was thus doomed to a long, lingering, lonely death in some crummy desk drawer next to a dried-up wad of gum and some pennies. The Pen will be missed by…um…nobody.

A few weeks ago, the last library on the planet closed. After all, the Library wasn’t offering any useful services, it wasn’t doing its job of keeping literacy alive and fostering community and helping people with taxes and job applications and resumes. No one reads books anymore anyway, so the Library basically Withered On The Vine. No one attended its funeral except the funeral home directors, and even they were busy looking at their smart phones while some musty old Book gave the eulogy.

The Reader With Discriminating Taste

The RWDT died last night, having succumbed to a merciless beating by Fifty Shades of Grey, The Hunger Games, and several other books whose identities haven’t yet been confirmed. Always regal, aloof, judgmental, critical, and mean, the RWDT worked hard to make everyone else feel that their reading material was worthless, stupid, and super-lame. The RWDT estate was small, comprising only ten books, the only ten worthy (in the RWTD’s estimation) to be called “Great Literachah” (included were War and Peace and Great Expectations). The RWDT’s will asks that people confine themselves to recommendations from the NYT Bestseller list.

The last in a long line of literary giants, the WoL died one week ago, at exactly 2:04am PST. And all of the WoLs before him? Well, Charles Dickens is dead. Fyodor Dostoyevsky- dead. Virginia Woolf- dead. Sinclair Lewis- also dead. Elizabeth Barrett Browning- very much dead. The WoL did his best to represent the angst-filled times in which he lived, where people only read crap and watched crap and spoke and wrote in acronyms. The Great Ideas, the Soaring Poetry of Prose: the WoL kept these alive in the 4-million-page tomes he churned out once every two decades. He was buried under a pile of collector’s editions.