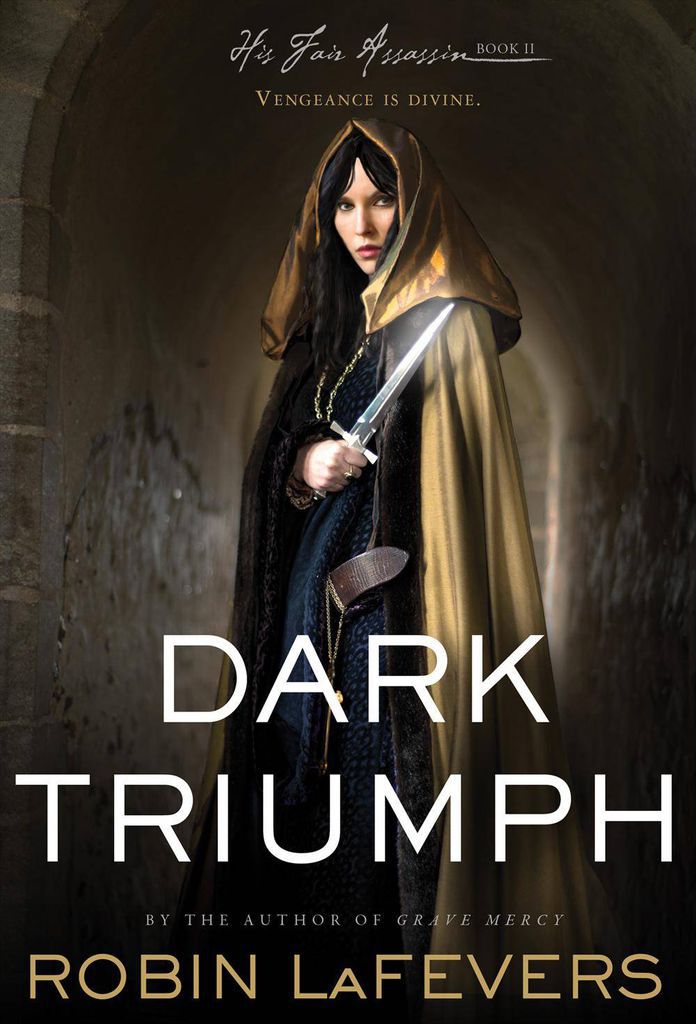 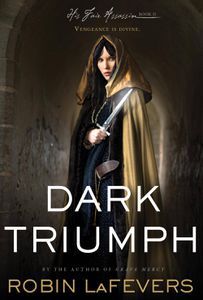 This installment of the Riot Recommendation is sponsored by Dark Triumph by Robin LaFevers.

Sybella’s duty as Death’s assassin in 15th-century France forces her return home to the personal hell that she had finally escaped. Love and romance, history and magic, vengeance and salvation converge in this thrilling sequel to Grave Mercy.

Sybella arrives at the convent’s doorstep half mad with grief and despair. Those that serve Death are only too happy to offer her refuge-but at a price. The convent views Sybella, naturally skilled in the arts of both death and seduction, as one of their most dangerous weapons. But those assassin’s skills are little comfort when the convent returns her to a life that nearly drove her mad. And while Sybella is a weapon of justice wrought by the god of Death himself, He must give her a reason to live. When she discovers an unexpected ally imprisoned in the dungeons, will a daughter of Death find something other than vengeance to live for?

Oh, there’s nothing like a revenge story, is there? Whether it’s a Gillian Flynn heroine bent on getting her husband back for perceived wrongs, a vigilante killer justifying his actions with the notion that he’s better society, or a classic like The Count of Monte Cristo, there’s something so satisfying about living through characters who take matters into their hands. Today, we want to know: what are your favorite revenge stories? Any genre will do–just make ’em mad, bad, and dangerous to know.