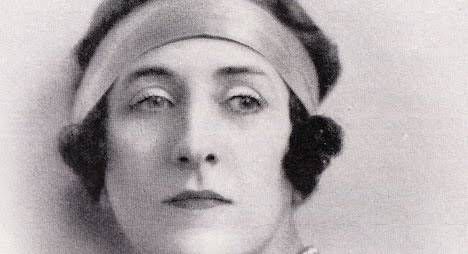 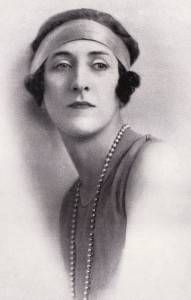 Her name was Dorothy Rachel Melissa Walpole Mills. Born in London, 1889, died in Brighton, 1959. Lady Dorothy Mills published nine novels, five travel books and one memoir, achieving moderate fame in the 1920s and early 1930s as a British aristocratic woman who traveled alone to Africa, the Middle East and South America. Her books are decades out-of-print, and she is almost completely forgotten. Lady Dorothy Mills should be resurrected, but copyright law has buried her.

Watching Downton Abbey illustrates Lady Dorothy’s upbringing. She was Lady Mary’s age. Her father was Robert Horace Walpole, the 5th and final Earl of Orford. Like the fictional Robert Crawley, the 7th Earl of Grantham, Lord Walpole married a rich American woman, Louise Melissa Corbin, and only had surviving daughters. He even had to leave his estate to a male relative. Lady Dorothy married Capt. Arthur Mills in 1916, against the family’s wishes, and was cut off from their wealth. Lord Walpole was not as forgiving of a wayward daughter as Lord Grantham.

For those who want more details about her aristocratic life, read “Lady Dorothy… writer, traveler – and free spirit” by Jane Dismore. This is the most comprehensive overview of Mill’s life I’ve found in twenty-four years.

Choosing love over inheritance meant learning to live without servants and being poor. Arthur and Dorothy took up writing to survive. At first Lady Dorothy wrote novels about her society set encountering the seamier side of London. Then she wrote The Road to Timbuktu, a nonfiction book promoting herself as a brave Lady going to places that no white woman had gone before. That got her fame. Of course western women have been marching across Africa for years. Read Great Women Travel Writers: From 1750 to the Present by Alba Amoia and Bettina Knapp.

As a couple Dorothy and Arthur were popular with newspaper writers, but Mills’ novels never received much respect from reviewers as her travel books. She was dismissed as a writer for shop girls. Men told her she was reckless for going places women shouldn’t. But Lady Dorothy inspired young women in the 1920s, who also dreamed of adventure, romance and faraway places. Mills gain notoriety just after women got the vote in England and America, and Lady Dorothy did things that few men did, and many men dreamed of doing.

Her novels were exciting too, writing about safaris, jungle Shangri-las, hunting, opium dens, love affairs with Asians and Africans, living among indigenous people, while claiming she had the freedom to go anywhere she damned pleased. A few of her novels used science fiction and fantasy concepts. Lady Dorothy was brave in action and thought.

After 1932. Mills went silent, eventually retiring to a quiet seaside village in England, dying alone in 1959. The mystery of why she stopped writing has always haunted me. Her books disappeared from bookstores decades ago. Few copies of her work are on sale at rare book dealers. Copyright law keeps them from being rescued by the public domain. Three of her earliest novels may be in the public domain, but it is very difficult to tell. 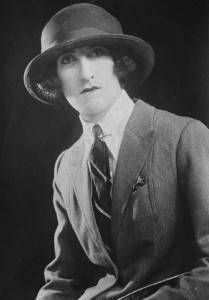 Today, Lady Dorothy is barely remembered, mostly in esoteric history books. She receives just a few sentences or paragraphs in each. History writers use her fiction and nonfiction to document social changes between the wars. Mills lived on the edge, during a decade on the edge. Lady Dorothy sported men’s attire long before Garbo and Dietrich wore it in 1930s movies, not because of style, but because she was competing with the other creatures who wore coats and ties.

In 1926, Lady Dorothy published Phoenix, a science fiction novel about an elderly woman medically rejuvenated to look twenty. Seventy years later, Bruce Sterling had the same idea for his novel, Holy Fire. Is Phoenix missing from the SF Mistressworks list because it’s a bad book, or because few readers after 1930 got a chance to read it? When does copyright hurt an author?

Since 1992, I’ve been collecting Lady Dorothy’s books, writing about her, and maintaining a website. Every year or two I used to get email from rare souls who has stumbled across her name. In the last few years it’s been damn quiet. If her work had been on Project Gutenberg would things be different? Would she have more readers?

There’s a scene at the end of Truffaut’s beautiful film, Fahrenheit 451, where the book people walk through woods memorizing the volume they intend to become. That’s how I think about Lady Dorothy Mills. My dedication is to remember her. I’ve been able to collect twelve of her fifteen books. One, Arms of the Sun, has been for sale for years, but I can’t afford it. That hurts. I’ve even wondered if my writing about Lady Dorothy Mills has driven up their price.

I keep hoping her heirs would put out a collected ebook edition of her work, with distinctive covers using old photographs. At minimum, I wish the copyright laws were different so fans could scan her books for the public domain.

I’ve long wondered why Lady Dorothy Mills never had her books reprinted. Did inheriting her wealth require giving up writing? Was she an embarrassment to her aristocratic family? Did dismissals in the press turn her against public life? Could she have written just for money? It seems telling when her father died, and she inherited, Lady Dorothy stopped writing? She did continue to travel, but not write.

After traveling far more roads than Jack Kerouac, and exploring more jungles, deserts and mountains than most male adventure novelists, maybe Lady Dorothy tired of fame. She had passed forty. Why did she choose to disappear, forget writing, and let her books be forgotten? I can’t stop asking that.

Her family had treated her badly. So did her husband. And some book reviewers. Although, I’ve been told by a modern scholar comparing her travel book on Liberia to university sponsored expeditions during the same years, that she did very well. Lady Dorothy traveled to distant lands, it seems to me, to get away from her 1920s society. Her books show hard won knowledge and revelation. I can’t understand why she didn’t push to keep them in print. Many of her books received multiple printings and editions before 1932.

In A Different Drummer (1930) she’s describes the state of mind she found when she was far away from civilization:

“However healthy a love one may have of civilization and all its fleshpots, the best thrill of the year is when one leaves them all behind, and sets off for the unknown with a lot of lumpy luggage that contains hardly any clothes at all. It is good to feel that one has left one’s little niche in the everyday world, where each one of us is assessed and tabulated to a nicety; to slough off one’s everyday accepted self, and to loose oneself in the anonymity of a strange country and people, among whom one has to make good solely by the leverage of one’s personality and will to win. The thrill increases till the last vestige of civilization is gone and one is at grips with the unknown, when it comes down to earth, and settles into a hard absorbing fight with primitive conditions; with the problems of health and climate and transport, with the daily struggle for food, water and transport, and the groping after understanding of the strange and sometimes antagonistic people one is among. All the complexities of life disappear, and one is reduced to the state, mental and physical, of a healthy animal. As long as one’s ” tummy ” is reasonably full, and there is a prospect of somewhere safe and dry to sleep, one is perfectly, almost stupidly happy. The creature comforts of life no longer matter. For the first few days one misses one’s bath most terribly, but in a short time, I am ashamed to say, one doesn’t mind if one never had a bath again! Cleanliness may be next to godliness, but in the wilds it comes a long way after food and sleep, or even a good camel.”

Mills laughs about the crazy stories newspapers wanted her to write. One paper offered her a big check to explain why she traveled without her husband. Was fame too much bullshit?

There are other people like me who work to rescue forgotten writers. I met Harry Williams online because he maintains a website for George Mills, Lady Dorothy Mills’ brother-in-law. It’s a fascinating hobby that I recommend, but don’t expect to discover another Pride and Prejudice. Phoenix appeals to me like Herland by Charlotte Perkins Gilman. It uses science fiction to make a feminist statement. Could Lady Dorothy Mills ever be resurrected like Gilman? I don’t know.

Libraries used to be heaven for books. Yet, today many books I buy used in hardback are library discards. Phoenix shows up in just four libraries at WorldCat, three in England and one in America. It took me ten years to track down my copy. I haven’t seen another for sale since 2002.

Society needs to consider changing the copyright laws. I can understand why copyright holders want to keep extending the time they can make money, but copyright laws make no sense for books that haven’t sold a single copy for decades. The law should be amended to say that any book that hasn’t been for sale for 25 years is now in the public domain, and all periodicals older than 10 years are in the public domain if they are reproduced whole.

Such changes in the law would allow fans of forgotten books to scan them and put them in Project Gutenberg. Second, periodicals in the public domain will help researchers explore the past. It would also help when authors donate their papers to put them in the public domain. Modern libraries aren’t the research centers they used to be. The Internet is now the World Library.

Lady Dorothy Mills had modest fame over eight decades ago. If her books were in the public domain, few would read them. But for those who do, and for those of us who want to encourage other people to read them, changing the copyright laws could open up the past to human and AI researchers. Copyright law protects books when they are being sold, but hurts when readers no longer buy.