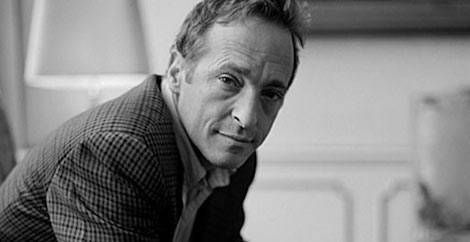 The first thing you need to know about me is that I’m VERY particular when it comes to humor, to the point that I sometimes tell people I don’t like comedy at all to avoid conversations about why I don’t like this or haven’t seen/read that. Needless to say, I don’t often find myself drawn toward books (or any form of entertainment) that are on the lighthearted, “let’s-all-chuckle-at-some-silly-jokes-and-not-use-our-brains” side of things. Instead, I tend to gravitate toward the dark, depressing, or mind-fuck-y. Things that make me cry, mutter “holy shit” over and over, or give me an existential crisis often rocket to the top of my these-are-amazing-and-I-love-them list.

All that being said, there are, of course, times for laughs. When such a time comes along, the type of humor that appeals to me most is sarcastic and dry. Enter David Sedaris. I was introduced to Sedaris’ writing in high school and immediately fell in love with his acerbic, yet self-deprecating voice. The best-selling humorist has authored many works, mostly essay collections, but made his debut reading his stories on NPR after being discovered by Ira Glass, and continues to contribute from time to time to the radio show and podcast This American Life. The way Sedaris views the world, through a biting and exaggerated lens, is both unique and extremely relatable. Even through his satirical tone, he examines truly human experiences and feelings in an honest and unreserved way. Sedaris’ ability to blend his sharp wit with empathy and charm makes him one of the few authors I turn to to make me laugh out loud and warm my dark, cynical heart. So naturally, if anyone comes to me looking for funny recommendations, David Sedaris is the first name that comes out of my mouth. Each one of his books is an absolute riot, but here are some suggestions to get started. 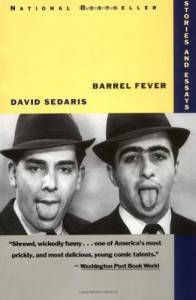 It isn’t a full book, but the first thing I always recommend to people who want to get into David Sedaris is his essay “SantaLand Diaries,” which can be found in his first collection of stories and essays, published in 1994, Barrel Fever. A version of this essay is actually the piece Sedaris read on NPR for his original debut, so it truly acts as an introduction to his voice and style. “SantaLand Diaries” recounts the holiday season Sedaris spent working as an elf at a Macy’s department store in New York City. We meet the other eccentric elves, the various Santas (yes, there’s more than one!), as well as the many visitors to SantaLand. Sedaris is not concerned with being appropriate or politically correct, and doesn’t try to maintain any sense of a facade. Instead, he simply expresses what he thinks about each of the people he encounters and the hijinks that occur in SantaLand bluntly and without any shred of hesitation. This essay is an absolute must-read — I reread it every year around the holidays and still find moments that make me laugh out loud every time. Who needs Christmas cheer when they can have Crumpet the disenchanted elf? 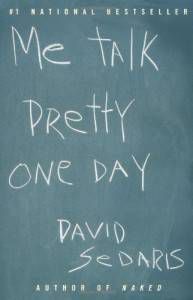 Once you’ve gotten the proper introduction to David Sedaris, the next work and first full collection I like to recommend is Me Talk Pretty One Day. This is probably one of Sedaris’ most well-known essay collections, and my favorite overall. The collection is split into two parts, the first containing stories about Sedaris’ upbringing and early adult life, and the second containing stories about moving to France with his partner Hugh and the attempts to acclimate to life in a foreign country. Topics of the essays include childhood pets, odd jobs, restaurant menus, and the difficulties of learning a new language. 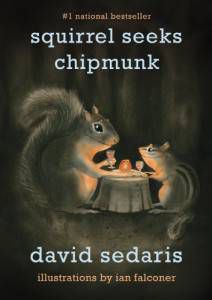 Squirrel Seeks Chipmunk is a unique collection of fable-like stories starring anthropomorphized animals, but missing none of Sedaris’ typical observation of the human condition. A squirrel and a chipmunk fall into a forbidden love, a warbler couple entertain their friends with stories of their travels, a cat attends mandated AA meetings in prison, and much more. As an added bonus, the book is sprinkled with wonderful illustrations by Ian Falconer, the author of the beloved Olivia series.