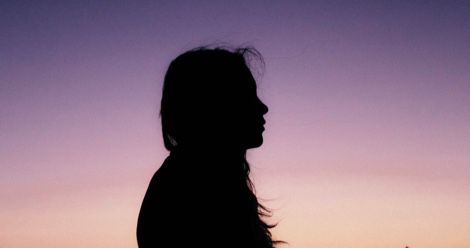 Some readers prefer their heroes the vein of the Big Blue Boy Scout: trustworthy, kind, reasonable, straightforward, ever-present. Predictable. Practically perfect in every way. There is a comfort in that, especially when your country of residence is a giant dumpster fire threatening to consume all available oxygen and the last of the chocolate.

Others, myself included, prefer some moral ambiguity in our…well, I can’t really call them protagonists or antagonists. Such characters can be one, the other, both, or neither over the course of a single book. Tagonists? Not a word but it amuses me, so I’ll run with it. We prefer moral ambiguity in our tagonists. Think Killmonger: we may not agree with his methods, but the man had a very valid point. Given the circumstances, we can understand, if not fully condone, his actions.

I enjoy books where the tagonist forces me to ask question, either by method or goal. Books wherein I find myself attached to someone even as they sever a thumb or force lightning someone in their way. Stories where I find myself wondering, “What would I do?”

Here are a few of my favorites if you’re in the mood for a little moral ambiguity in your next read: 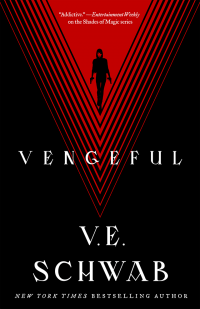 and Vengeful by V.E. Schwab

Some heroes are made not born and the same is true of villains. Of course, when both are willing to maim and kill to achieve their aims, it’s difficult to tell which is which.

Pre-med students Eli Calder and Victor Vale (yes, comic book jokes abound) discover that some people develop superpowers at the moment of their deaths. Which abilities manifest is dependent on both the individual’s state of mind when they die and the means by which the death occurs. After pushing their theoretical research as far as possible, Eli and Victor begin human experimentation. On themselves. Things…do not go well. Victor goes to prison and Eli, a man of a very specific brand of faith, starts murdering other EOs (Extraordinaries) as perversions of God’s Will.

And then, Victor breaks out.

In Vengeful, it’s Eli who is imprisoned and Victor murdering EO’s for entirely different reasons and in cold blood. Even as he does so, however, he is desperate to keep his friends, and the young girl in his charge, safe from those who hunt them. Eli is working for the man who locked him up to save himself from bring the subject of horrific experimentation. Again, we have to wonder: Who is the hero? Who is the villain? Does preserving one life justify ending another? Is there a limit to morality when one is trying to save one’s self? Can the past be erased? Do we deserve second chances?

While both men define their own roles in the hero-villain cycle, the truth is much more uncertain and the reader is left wondering: what is good? What is evil? Do we have the right to judge? If not us, who?

Superheroes don’t always translate well to prose, but Schwab does a masterful job in these two books, capturing all of the questions superheroes would raise in our reality and with nuance not often found in the genre at large.

Nick’s mother, Eleanor, is not pleased with her son’s choice and she has zero qualms about advertising bother her dismay and her desire to get rid of Rachel as soon as possible.

While she is sometimes cruel, though, Eleanor really does believe she has Nick’s best interests at heart. She’s given everything, including him, up to secure his future. In most novels, such a character would be a trope, and a tired one at that, but I found myself both disliking Eleanor and sympathetic to her plight and her all-consuming desire to do right by her son.

Often, in fiction, whether to further the story, for dramatic effect, or for any number of other legitimate reasons, we see extremes, especially where family dynamics are concerned. In life, however, nothing, not even family, with rare exception, is all good or all bad. Family is shades of gray and Kwan captures that perfectly in Crazy Rich Asians and the rest of the trilogy. 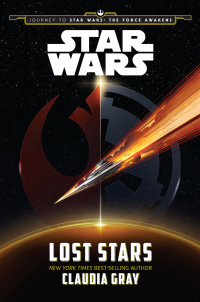 Sometimes, one’s most vicious rival is someone they love deeply and completely. In one of my favorite new canon Star Wars novels, Ciena Ree and Thane Kyrell, friends since childhood, attend the Imperial Academy together but find their ideologies diverging drastically after the destruction of the Death Star. That Ciena remains loyal to the Empire and Thane falls in with the Rebellion doesn’t change the way they feel about one another.

Still in love as they come together and fall apart over the years, Ciena and Thane find themselves understanding one another less and less: Ciena can’t fathom Thane’s shift in loyalties, especially to a terrorist group that sews chaos. Thane struggles with Ciena’s refusal to admit her devotion is misplaced. From Thane’s perspective, and that of most readers, Ciena’s instance on remaining with the Empire is unfathomable: she is intelligent, hard-working, and principled. She is a devoted friend and daughter yet she is willing to die for a war machine that would as soon use her as fodder as reward her competence and efforts.

From Ciena’s perspective, however, Thane is the one in the wrong: he abandoned the people who helped him realize his dream of being a pilot, who clothed and sheltered him, who have brought order and a measure of peace to a galaxy previously roiling with chaos. He has repaid the Empire by sewing dissent, bringing war, killing indiscriminately. And from a certain point of view, she’s right.

The issue in Lost Stars isn’t “right” and “wrong,” a departure for a universe in which even Cassian Andor, a vicious assassin (don’t get me wrong, I love me some Cassian), is considered a “good” guy. It’s “us” and “them” and what “we” could have been and never will be no matter how badly “we” want it. Like Crazy Rich Asians, Lost Stars explores the unplumbed shades of gray that color a believable universe. That make us question not only the characters but ourselves, our motives, and our place in the world.

Fabiola Toussaint discovers the dual nature of humanity when her mother is detained upon arrival to the U.S. and Fabiola goes on alone to live with her aunt and cousins in Detroit. Everything in her life: clothes, hair, school, boys, money, family is suddenly a push-pull, double vision, mass of confusion. Everything she’s been taught is important for a happy, prosperous life proves shallow and illusory. The numinous is made solid and fails to give solace.

In American Street, necessity is the mother of acceptance. Family is family, no matter the cost, even if that cost is the life of another. We can’t help but sympathize, if not empathize, with the choices Fabiola makes, acknowledge that, had we lived her life, we’d likely do the same. It’s not a comfortable position to be in, but it’s an important perspective to gain, an important moment to turn your head and catch peripheral details, to incorporate them and to realize that sometimes survival is the most important thing.

While these aren’t necessarily comfortable books to read, they are all more than worthy of the time spent reading them. The best fiction teaches as it enthralls. It jiggles your neuroplasticity, forces you to understand your most deeply held beliefs may be plain wrong. That the easiest way isn’t always the right way and, perhaps, there is no “right” way at all. That the shadows are where the most fascinating, if most dangerous, people live.

I challenge you to seek them out.