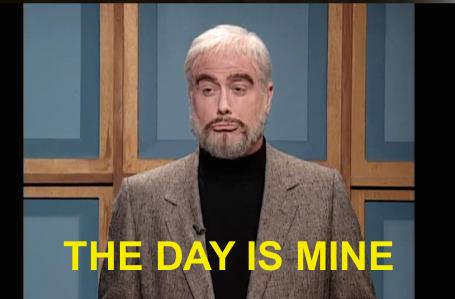 When I heard DC Digital were giving us a new take on the origin of Wonder Woman my reaction was, what, another? With all the relaunches and reboots of her series, the superb Wednesday Comics strip and the recent digital-first Sensation Comics and DC Comics Bombshells, it feels like I’ve read the same basic story dozens of times.

Now that I’ve read the first eight weekly chapters of The Legend of Wonder Woman, though, my reaction is, please don’t end any time soon. Writer/penciller Renae de Liz and inker/colourist/letterer Ray Dillon are producing a smart, entertaining, great-looking introduction to Diana and her world.

Two months in and Diana hasn’t so much as tried on the tiara. We’ve watched her go from coddled princess to warrior-in-training, a young woman who learns that something is coming to encroach on the paradise of Themyscira.

The last couple of installments have seen Diana uncover a conspiracy among the immortal committee which advises her mother, Queen Hippolyta, and rescue US pilot Steve Trevor when he crashes to Earth like a comet.

While Steve is in mortal danger from the island’s inhabitants, both mystical and mortal, he’s nevertheless more playful than in past versions. Diana’s taking a more serious tack, but there’s a burgeoning chemistry with Steve that’s a pleasure to watch.

As for that conspiracy, it sees rogue Amazons blaming the outsider, Steve, for everything that’s going wrong in their society – there’s undeniable resonance with what’s happening in our own world.

One of the things I love about this series is that Diana is no child of the gods, pre-loaded with powers aplenty; she’s a mortal Amazon earning the right to be Wonder Woman. That’s how it was for the first several decades of Diana and that’s how it should be – the character of Wonder Woman is about self-empowerment. She can show women and men alike that we don’t have to wait around for radioactive spiders or magic rings – we can become the best versions of ourselves.

And where originally, Diana was gifted the magic lasso by her mother, De Liz tweaks the mythology to have Diana come up with the idea of using a simple rope as a weapon, giving her more agency. And making the island itself a living thing adds mystery to what’s often been a rather dull locale.

Then there’s Alcippe, Diana’s mentor in martial matters, and Hippolyta, who is far more than the overprotective mother Diana assumes her to be.

De Liz draws a mean kanga. Actually, there doesn’t seem to be anything she can’t make look wonderful. The characterisations of the players are as varied as they’re subtle, vertiginous angles bring out the best in her Classical architecture, mythical creatures inspire awe… this is a fully realised world and I can’t wait to see it expand as Diana enters Man’s World.

Dillon, as well as being De Liz’s husband, is her perfect artistic partner, adding depth and mood with his inks and hues. And the fancy font chosen adds exoticism without trying too hard to be Greek.

This is a kinder, gentler Wonder Woman series than DC’s New 52 book, a different approach that’s well worth investigating. The consistency of craft, singularity of vision and positive messages make The Legend of Wonder Woman one of the best superhero comics out there.

The Legend of Wonder Woman is published digitally every Thursday, 99 cents. The print edition debuts 13 January, $3.99.