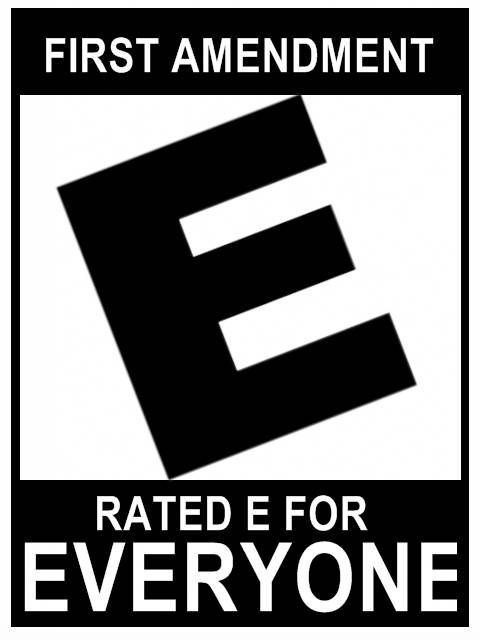 Perhaps you heard about the recent dust-up wherein U.S. News and World Report published an article suggesting that there be a rating system developed for young adult books. Cries of censorship rose from the depths of the interwebs, and our own Rachel Manwill wrote an excellent piece about whether or not a rating system for YA is synonymous with censorship.

Along with the “is this censorship” question is the “will a rating system actually be useful” question. After all, some kids’ maturity levels can defy their age brackets. So instead of discussing the pros or cons of a rating system that might not actually help, I’ve devised Rating Systems That Actually Tell You Something. The ratings range from “Appropriate For Kitties and Unicorns” up to “Seven Layers of WTF”:


Cozy: The crime involves something like a library book being overdue. There are cats involved. Grannies solve the mystery while making doilies.

Agatha: Generally involves a murder, but it’s never gruesome. Ladies are genteel and gentlemen are respectable. The crimesolver can oftentimes work it out while gardening.

Dime-store: Your garden-variety “dude” mystery (so marketed, but not necessarily the truth of its readership), with the main character being a Brooding Double Agent Who Gets the Girl(s). Lots of guns and/or explosions. The mystery part involves government or corporate goings-on as opposed to regular crimes.


Do-Gooding Nice Person Who Overcomes Stuff (But Not Gross Stuff) in Order to Help Indigenous Peoples/Save the Rain-Forest: So feel-good it’s already lined up to be a Tom Hanks movie.

Girl, Interrupted in Her Whining: Upper-middle class young person whines about how many therapists she went through in her quest for the perfectly mixed latte.

Celebrity Memoir: Bound to be lots of drugs and adultery and ghost-writing. Enter at your own risk.

Presidential Biography: Big enough to be used to bludgeon an elephant to death, can also be used on humans as Murder By Boredom.

Sci-Fi
Ender and Company: Young, plucky protagonist saves the world (or destroys it, depending on your alien race). There’s generic violence done with lasers and whatnot. Appropriate for all ages and species.

Dime-store: Similar to the dime-store mystery, there’s a John Wayne-style dude main character. Replace the government or corporation with Big Bad Aliens. The guy still gets the girl(s), though she may be blue or have tentacles.

Frank Herbert Le Guin Asimov: Sci-fi for grad students. Aliens and spacecraft are incidental to All The Smart Ideas And Social Commentary Within.

Romance
Regency: Polite people fall in love over whist. There are corsets, but no indecent heaving of the bosoms. Heaving is too saucy. No kissing before marriage. Tense conversations are had on walks around the garden or at the county ball. Misunderstandings in letter form drive the plot.

YA: Lots of kissing between a human and a non-human. There is ANGST and VARIOUS OTHER FEELINGS. Anything beyond PG touching occurs off-page, if at all. Easily recognizable by the white girl in a fancy dress on the cover.

Dime-store: Heaving bosoms/manhoods and the ability to make a drinking game out of how many times the author uses the word “thrust.” May involve historical fiction and/or cowboys, but not necessarily. (In case you’re wondering, 50 Shades of Grey would go here- the “kink” is fairly generic despite what the Today Show wants you to think, and poor Anastasia consistently refers to her anatomy as “down there.”)

Books You Hide From Your Mother: Any device used to further the plot is really there just to tell you how many limbs you should be counting.

Classics
Polite Romance: See “Regency” above. Also includes the Brontes, though their novels are less polite but no less chaste. Any violence is caused by carriage crashes, fits of mood from the male love interest, or bursts of insanity from mentally ill wives locked in attics.

Dickens/Tolstoy (Victorians): Sex and violence is couched in language that could easily be confused with a slightly troubling walk along a nice beach, but the themes are for a reasonably mature audience. You know, war and death and poverty and starvation and stuff.

The Moderns: Virginia Woolf, Hemingway, Joyce, Faulkner, ahoy! You either get slightly incomprehensible stream-of-consciousness, or sex and booze and war. Either way, not for the faint-hearted.

D.H. Lawrence: Post-Victorians do the nasty.

Literary Fiction
Criticism of Modern Suburban Life: In case you were wondering how intellectuals felt about middle America (hint: they think it’s SILLY) and wanted to watch them exorcise their mommy demons.

White Men Have All The Problems: Grown men work out how hard it is to be white and educated and upper-class, generally with some really bad sex and lots of alcohol.

Ideas They Stole From Other People: Re-tellings or “explorations” of classics. When Literary Fiction Authors Try Out Genre.

And, Just for Giggles, the arbitrary rating system I use when selling YA at work

12 and up: The latter-day adventures of a certain boy wizard, any instance of a girl and her beloved [insert pet] helping each other through Difficult Life Circumstances, and adventures of feisty heroines and her ever-present band of helpful friends.

14 and up: Werewolves/vampires/fallen angels/fairies/merfolk and kissing. Books with cursing no worse than what they hear when watching….whatever it is kids watch these days *shakes walking stick*, high school tales of woe featuring the goings-on of various Mean Girls, and dystopias where people are just sort of irritated about the state of things.

16 and up: Werewolves/vampires/fallen angels/fairies/merfolk and actual sex, characters with mouths dirtier than the proverbial sailor, dystopias where lots of people die.