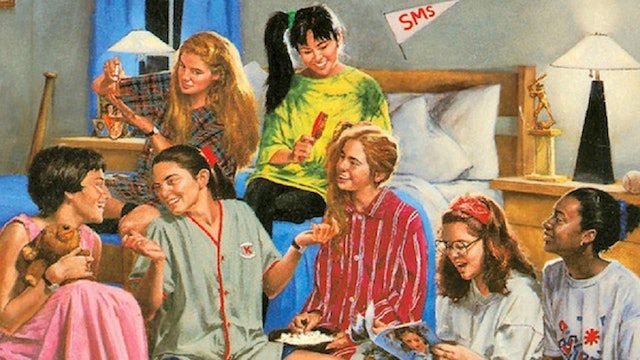 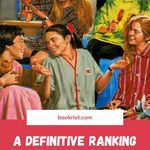 As if the world wasn’t still reeling over the news that a dramedy-style Baby-Sitters Club adaptation is in the works at Netflix, Deadline recently went ahead and announced that Alicia Silverstone and Mark Feuerstein have been cast as the mother and future stepfather of BSC president/dictator-for-life Kristy Thomas. So, like, take a minute and make your peace with Cher from Clueless having a 13-year-old daughter, first.

Existential crises about the unstoppable march of time aside, I’m actually pretty happy with this casting, because I love Elizabeth and Watson, Silverstone and Feuerstein’s respective characters, and am in general a strong Kristy partisan who wants all plots to revolve around her.

While I’m sure you still remember your favorite sitter from your BSC days, your memory might be a bit murkier on the parents. But never fear! I’m here to remind you which BSC parents are great, which are barely on the page, and which are hot garbage.

(Note: I am including all adults who live with BSCers, because the series’ commitment to nontraditional families is rad as heck.) 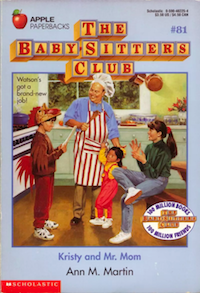 Ah, good old Patrick “Fuckboy” Thomas. This is a dude who ran out on his wife and four children (including a baby) because they cramped his style. Who never calls and is definitely behind on his child support payments. Who, the rare times we see him, doesn’t seem to recall how many kids he actually has. Plus there was that whole thing in the movie where he kept visiting Kristy in secret and making her lie about it to her mom and then abandoned her at an amusement park in the rain and Stacey’s 17-year-old European boyfriend had to come rescue her! Throw the whole dad away.

Logan’s dad is where he gets a lot of his toxic masculinity from (he is only okay with Logan being a member of the BSC because he assumes he’s doing it to hang around Mary Anne, which is extra creepy considering how young the sitters are) and thus he sucks. Minus points for trying to send Logan to an all-boys military school; minus further points for failing. (I don’t like Logan.)

We know almost nothing about associate member Shannon’s parents, but since she was a total snob to Kristy when the Thomases first moved to the rich side of town, I’m gonna go out on a limb and say that she learned from watching them. 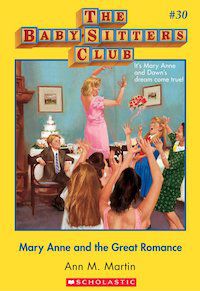 Dawn’s mom living it up at her second wedding

It is strongly implied that Dawn’s parents got divorced because her dad cheated on her mom. I don’t care if he has a cool house in California and loves wheatgrass smoothies, there’s no coming back from that.

Stacey’s dad is a workaholic who switched from public defender (yay!) to corporate law (boo!). One time it seemed (to an adult reader, at least) like he was dating a dude, which would have at least been interesting, but he was actually just using a male friend as cover so that Stacey wouldn’t figure out he had a secret girlfriend (post-divorce, so he was lying just for fun, I guess), so it was just kind of a dick move.

The least interesting of the four BSC dads named John.

A…human lady? That’s all I got.

All we know about Claudia’s dad is one moderately cool thing (he moved to the States from Japan when he was three) and one moderately uncool one (he is a banker). So here he goes, right in the middle.

We don’t know much more about Rioko than we do about John, but she is a librarian, which is a cooler job, so she ranks higher. Even if it’s probably because of her that Claudia has to hide her Nancy Drew books. 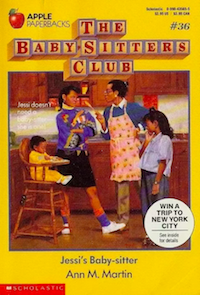 Jessi thinks her dad sounds like James Earl Jones, which makes him the most interesting of the BSC dads named John who aren’t total fuckboys (looking at you, Schafer).

Jessi doesn’t always get along with her aunt, who moved in to help take care of the kids after Jessi’s mom went back to work, because Aunt Cecilia is strict and doesn’t think that an 11-year-old is qualified to watch an 8-year-old and a baby on her own all the time forever. As a child, I sympathized with Jessi’s plight. As an adult, I realize that Jessi is being ridiculous, this series is nonsense, and Aunt Cecilia deserves a foot massage and a stiff drink.

Dawn initially thinks her dad’s new girlfriend is trying too hard to be all “I’m not a regular mom, I’m a cool mom,” until she basically gets over herself and realizes people over 30 are allowed to have neat cars. Once she does, it turns out Carol actually is a cool (future) (step) mom.

Oh, that wacky Sharon and her absent-minded ways! Always leaving her keys in the refrigerator or the onions in the linen closet! Dawn’s mother’s characterization is admittedly a bit one-note, but her opposites-attract romance with Mary Anne’s buttoned-up dad is pretty cute.

Yes, Stacey’s mom is a bit of a worrywart, but consider this: within a single school year, Stacey had multiple medical emergencies, was in a car crash in California and a helicopter crash in Hawaii, got caught up in a counterfeiting ring involving the Secret Service, and was brought home by the cops after attending a U4Me concert with friends who snuck alcohol in hidden in their flop socks. I’d worry too! Plus Maureen’s the only divorced mom in the series who eventually drops her ex’s last name without remarrying, which was still a somewhat bold move at the time.

I was 11 by the time Abby joined the BSC, and thus no longer a regular reader, but I knew she had a single Jewish mom, so as someone raised by a single Jewish mom, I was already predisposed to like the whole family. Then I found out from the invaluable BSC wiki that Rachel works as a book editor and taught her kids how to order takeout at an early age. Power moves only for Rachel Stevenson!

Kristy’s grandma wears pants on a regular basis (a hilariously inconsequential detail today, but shocking for a grandmother back when the BSCers were still changing out of “school clothes” every afternoon), loves bowling and the New York Knicks, and drives a car called the Pink Clinker. I want to be her when I grow up. 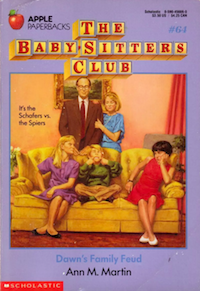 Yes, Mary Anne’s dad is a huge stick-in-the-mud who made her wear pigtails and knee socks to an embarrassingly late age. And yes, he is basically a sweater vest with feet. But he also fell in love with a girl from a rich family and lost her when her parents sent her away from her wrong-tracks boyfriend and then was tragically widowed at a young age and mourned for 13 years before reuniting with his high school sweetheart and marrying her and moving into a haunted barn that dramatically burned down in the series finale! You guys, is Richard actually the most romantic character in literary history???

Mallory’s mom has given birth to eight children, including triplets, and hasn’t murdered anyone yet (that we know of). She’s Stoneybrook’s greatest hero.

Listen: Kristy’s stepfather may live on the rich side of town, but he is not a glamorous millionaire. He is a tremendously dorky millionaire, as both Kristy and her stepsister Karen are at pains to remind us over the course of the series. I love that he’s a bald nerd who likes to go antiquing…but I love even more that he has a tremendous heart, with room for not just his two biological kids, but his four stepkids and adopted daughter. Every time Kristy calls him her father or he calls her his daughter I cry, and I don’t care who knows it. 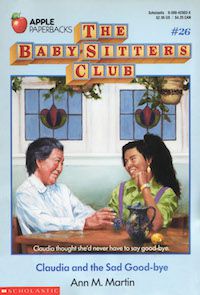 Claudia’s grandmother was hands-down the wisest and most nurturing character in the series, and basically none of us have ever recovered from her death in Claudia and the Sad Good-bye. I can’t even make any jokes here, Mimi was amazing and an enormous influence in both Claudia and Mary Anne’s childhoods. RIP, Mimi.

1. Elizabeth Thomas-Brewer
THE ULTIMATE BSC PARENT!!! When her first husband walks out on her, leaving her to raise three elementary schoolers and a baby on her own, does Elizabeth despair? No, she raises those kids her own damn self. Though the initial idea for the BSC was inspired by watching her scramble for a babysitter, we get the sense that the post-Patrick, pre-Watson Thomas household was basically a well-oiled machine run by Kristy a very present and loving parent. Most importantly, though, you know how Kristy is a delightfully terrifying feminist force of nature? Yeah, she’s very explicit that she got that from her mom. Way to go, Edie!

Do you remember your favorite parent from the series? How did they rank?