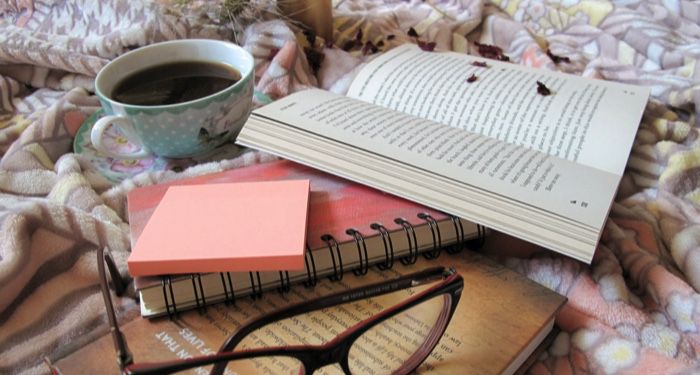 When Naomi Wolf’s 2019 release Outrages proved to be built on an erroneous premise that undermined the book’s conclusion, people thought several things: a) OMG the embarrassment, b) How on Earth was this not fact-checked before publication? and c) What happens now? Publishing is a lengthy, expensive process. The books themselves may be written by a solitary author, or a small number of coauthors, but getting them to the public is usually a collaborative endeavor that requires editors, graphic designers, and more. This is so because avoiding mistakes before the book makes its way to the shelves is crucial: no publisher wants to face the embarrassment or the financial cost of finding errors after release day. But what happens when those errors do occur regardless? Read on for the how and why behind post-publication corrections.

Turning a Manuscript into a Book

Before getting into the process of post-publication corrections, let’s do a quick review of the many steps a manuscript undergoes in order to become a book. First of all, there is of course the acquiring of the work by an acquisitions editor, followed by a developmental edit. This stage involves constant interaction between author and editor.  Then comes copy editing, layout, and finally proofreading. The book is sent to press/print once this last step is done.

Once the proofs are ready, they have to be checked for layout, crop marks in the case of paper books, and correct placing and sizing of images. Then they go to reviewers and publicists. The proofs are not meant to be edited: they’re supposed to be checked for small errors only. According to author and former editor Clyve Rose, whose knowledge is responsible for this section, “only huge, glaring, we-will-get-sued content is changed at this stage.”

To Err Is Human, To Fact-Check Divine

In spite of this careful process, most books make it to printing with a number of errors, although the vast majority are not quite as outrageous (pun intended) as Wolf’s. Because of this, there is a process that takes place when these mistakes are finally noticed, often by readers. The ensuing process changes depending on the gravity of the error in question. Recalling a book, as happened to Outrages, is the last resort and exceedingly rare. Usually, the mistakes are minor, typos being the most common kind.

According to Anna Michels, editorial director at Sourcebooks, all errors are flagged to be corrected in the following reprint. Acquiring editors are generally the ones to communicate reprint corrections for the titles they’re responsible for. She points out that she herself has never had to recall a book.

Recalling a Book: The Last Resort

But what criteria is employed when an already published book is, in fact, recalled? I compiled a list of multiple books that have been cancelled or pulled in the past several years, to identify common threads. The criteria vary for fiction and nonfiction.

Nonfiction: is accuracy the name of the game?

When it comes to nonfiction, misinformation or outright disinformation are the big culprits. In 2013, disgraced author Jonah Lerner’s second and third books were pulled from bookstores after his second and third books, How We Decide and Imagine, respectively, were found to include plagiarized content. Over two decades earlier, Macmillan cancelled the publication of a Joseph Goebbels biography, written by Holocaust-denier and pseudo-historian David Irving, due to accuracy concerns: it is impossible, indeed, to trust the word of a man who claimed that Auschwitz was not an extermination camp, and who tried to rehabilitate Hitler’s image. This was sufficiently proven when Irving later lost a libel case establishing that he had falsified historical reports.

This kind of egregious misinformation leads to the question: where are the fact-checkers? According to Michels, “there are a lot of eyes on every book throughout the whole process, including multiple editors, copyeditors, proofreaders, and marketers (…)”. Notably absent from this list are fact-checkers. Last September, in an article published in The New York Times, Alexandra Alters points out that publishers consider the hiring of fact-checkers “prohibitively expensive.” As long as this continues to be the case, this practice of publishing unproven data will continue to reoccur.

This is a pitfall most often avoided by academic writing. Dr. Margo Hendricks, co-editor of Women, ‘Race,’ and Writing in the Early Modern Period, explains that the process of academic publishing, footed by the publisher, is a thorough one that includes copyedits, line edits, proofreading, and yes, fact-checking.

Let’s move on to fiction. Accuracy is not often thought to be required of a work of fiction. After all, when we read a story, we tacitly agree to suspend disbelief to the best of our abilities. There is, of course, a certain degree of factualness expected: if an author says that the capital of France is London, nobody will be able to suspend disbelief to that extent. But there is more leeway for facts in fiction.

Regardless, mistakes can easily happen then too. Christine Ragland, author of M/M romance, recalls that she wrote the wrong protagonist’s name a couple of times. Another common mistake is accidentally replacing the wrong words upon a find-and-replace search.

Sometimes these errors are of a bigger magnitude. In 2018, after reviewers pointed out the damaging portrayal of South Asian women in Lisa Kleypas’s Hello Stranger, Kleypas issued an apology and announced that she’d be revising the book. A section of the novel was removed from the ebook in a matter of weeks.

This kind of damaging content sometimes causes fiction books to be recalled altogether. Or, rather, public outcry at their negative effect does: let’s remember 2016 picture book A Birthday Cake for George Washington by Ramin Ganeshram. The depiction of enslavement as a jolly good time incensed critics, to the point that it was pulled by Scholastic shortly. Sometimes, although rarely, it’s the author who makes the call: Keira Drake was the one who requested of Harlequin Teen that the release for her book The Continent be delayed, so that she could rewrite it after intense criticism over its racist depiction of Native Americans.

Indeed, recalled books will often see the light of day again after undergoing a second round of revisions. This leads to the publication, not of reprints but of following editions. A reprint doesn’t change beyond minor corrections. A new edition introduces significant changes – hence why academic texts emphasize the edition number. When a title has more than one edition, it means that the early ones are outdated and/or offer mistaken or no longer pertinent information.

What About Existing Copies?

But, once a book has been recalled from retailers, what happens to the existing copies in library collections? I posed this question to librarian Robin Bradford. According to her, if it were a nonfiction book, the library would likely simply replace the early edition with the new one. Things get trickier when it comes to fiction: in her words, “If we have 300 [copies] out there circulating, we’re probably not going to recall 300 for a corrected version. (…) If there were fewer copies, we might add the corrected version and then, as the older ones come back, we withdraw them so that eventually only the corrected versions were available. If we put them on the same catalog record, we’d probably make a note that there were two versions on there.”

Once again, librarians to the rescue.

Is it costly to make post-publication corrections? Sometimes. Let’s deal with traditional publishing first. If the errors are minor, like a typo or botched grammar in one sentence, publishers only need to fix it in time for future reprints. It’s a different story when a book is recalled, even temporarily.

Reading this, you may wonder what happens to an author’s contract once their book has been recalled. Will they lose money? The answer is both simple and two-fold: no and yes. Publishing contracts are phrased in a way that makes it quite clear that, once they fulfill their part of the deal (AKA turning in a completed manuscript), the writer is legally entitled to their advance, regardless of how well the book does in the wild. This advance is typically delivered in two or three installments: in author and fellow Rioter Tirzah Price’s words, writers “usually get paid a percentage on signing the contract, a percentage on delivery and acceptance (i.e. when the revisions are done and copyedits begin), and a percentage upon publication.” So, the author typically cannot lose out on the advance, even if their book sells a grand total of three copies. But if the book is in fact recalled from retailers, that means that the author can’t earn out their advance — that is, there won’t be any royalties incoming.

Let’s turn to self-publishing. The self-published authors that I spoke with agree on one thing: it’s far easier to fix mistakes when there’s not an entire apparatus of editors to go through. In Suleikha Snyder’s words, “you can upload and re-upload to your heart’s content.” Corrections may cost the self-published author money: Ragland explains that she used to pay for corrections before learning how to format her own books. Now, however, the process can be costless.

To many readers, publishing remains a confusing thing. We don’t see the many, many hands on deck, intent on putting out the best possible product. Because of this, we tend to think of publishing a book as a one-time deal. But there are eyes on it even after it hits shelves, ready to get back to work on the very same volume should it prove necessary.