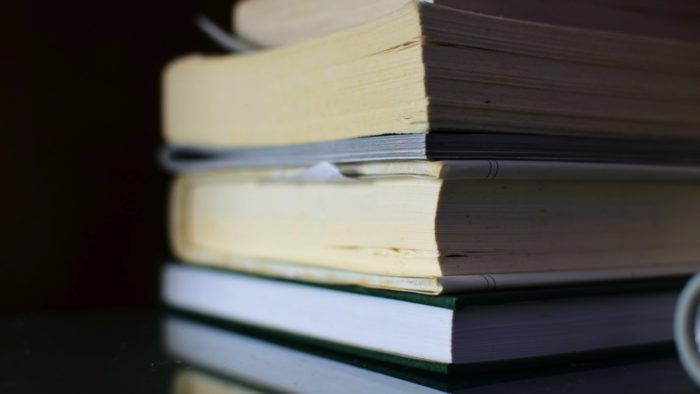 What does diversity really mean? It’s a question that’s been shoved under the rug for years. Few want to address the issue of diversity itself and even fewer want to get down into the work that needs to be done. For so long, mainstream media and entertainment have depicted white stories and white narratives as the norm. That in itself isn’t something new – in fact, most people will agree with that statement and be the first to tell you how wrong it is. But when social media is full of demands for representations and allyship and the numbers don’t change, it’s a clear indicator that something is wrong. So many of the conversations around representation are too little, too late. Children are shaped by the experiences they have and most often, the entertainment and media they see on a regular basis inform their values and opinions. And for many children, stories form a major part of their childhood. But despite books and literature being a form of both entertainment and knowledge across the globe, the majority of the industry only caters to the select few they deem worthy.

Lack of representation isn’t limited to the United States. Winsome Duncan, award-winning author and founder of publishing house Peaches Publications, says she was inspired to start the Look Like Me Book Challenge after finding out that children’s books in the UK only have 4% BAME characters despite 33%* BAME identifying children attend British schools. Look Like Me Book Challenge aims to provide opportunities to young Black and brown authors and platform their voices. Look Like Me aims to showcase authors from 13–18 years old after having published The Popcorn House, which was the product of 30 young BAME authors aged 7–12 bringing their stories together.

The conversation starts with children, but it isn’t one that should end there. When I interviewed Pakistani author Moni Mohsin this summer, we spoke about growing up without stories and literature that we could relate to. For such a long time, and even today to an extent, global literature has been boxed up into certain categories. Mohsin also spoke about the struggle of selling her stories to publishers and of being told that she needed to make the Urdu words she used more palatable to an English-speaking audience. It reminded me of growing up with Enid Blyton’s The Naughtiest Girl and Malory Towers books and never once thinking that words like ‘jodhpurs’ or ‘tuck boxes,’ words I was completely unfamiliar with, should have been better explained. It was always on me to look up the words to make myself more familiar with their meanings. But the same attitude isn’t applied to cultures outside the white narrative.

It also brings about the question of global literature, and just how much is really lost in translation. What needs to be recognised is the importance of individual stories. Unfortunately, white publishers in the UK and U.S. still dominate the global publishing industry, which often leads to an othering of stories. The integrity of cultural narratives and truly diverse stories can’t be maintained if the little percentage awarded to diversity is all lumped under the same BAME umbrella. Which is why it’s important to recognise the role that non-English languages can play even within English stories. Emma Raddatz, who’s been working at Archipelago Books for two years now, has come across a lot of international literature and foreign languages in the stories the publishing house has taken on. Archipelago Books has been around for 17 years, and focuses on diverse translations from across the globe. In her experience, Emma feels that leaving in certain words and phrases in their original language is important to the stories they represent.

“While peppering English with the cadences and words of the original might make for a more difficult (or disorienting) read, it also precisely captures the texture and power of the original,” she shares, adding a quote she remembers.

“I’m also thinking of the words of our incredible Tamil writer Ambai (whose collection of short stories, the stunning A Kitchen in the Corner of the House, we published last fall). At an event we hosted with the Center for Fiction last year, Ambai spoke about working with translators in the past who attempted to strip English translations of Tamil words, foods, places, and names. She argued for the inclusion of Tamil throughout her translated works. For instance, in the story “Journey 3,” we have the remarkable phrase: “Folding her hands, she would begin to sing softly, ‘Amba, ninnu nera nammidi…Mother, in you I have faith,” she adds.

Independent publishers are now seeing the need for highlighting translated works to a global audience. Neem Tree Press founder Archna Sharma says the Press is deliberate in their search for diverse voices and themes. They’ve published translations from a variety of languages, including Arabic, Turkish, and Romanian. They’ve also published a nonfiction on the growing modest fashion industry and their authors are from diverse backgrounds.

It’s as important to look at the “how” along with the “who.” A large proportion of the publishing industry still follows exclusive gatekeeping practices that benefit only the select few that have the time and resources to jump through the hoops. Publishing houses like Feminist Press are aiming to change that. FP’s External Relations Manager, Lucia Brown shares that the press has an open submissions process. The idea is to remove barriers for writers who may not be able to get agents on board, and the press makes sure that each pitch sent their way is reviewed regardless of who or where it comes from.

Accessibility issues also often present themselves in the form of work experience, and unpaid internships – apart from being exploitative towards young talent – become another way of gatekeeping because only those with the time and luxury to take on unpaid opportunities can benefit from them. Emma also shared that Archipelago Books is fundraising for six-month long paid fellowship for BIPOC individuals and she strongly encourages women of color, transgender, gender non-conforming, and nonbinary people, immigrants, and low-income individuals to apply in the future. Feminist Press also offers a paid apprenticeship programme that is aimed at providing apprentices with training and opportunities that will hopefully allow them to become leaders in the publishing industry.

The reason why it’s so important to recognise the work being done within the U.S. and the UK is both because of the lack of diversity within their own national industries and the influence they have over global publishing. But there’s so much more work that still needs to be done. Lucia talked about how the normalisation of working from home amidst the pandemic has benefited those who are disabled or suffer from chronic illnesses, because they can now access more positions in the industry. Winsome Duncan says it’s time to to start #DisruptingTheNarrative. “Some say we have to #ChangeTheNarrative but that’s just because they want to make it more palatable” she says. But she’s right in standing up against wanting to make change and revolution palatable to white dominance – it is not the responsibility of communities of colour to make their needs and their demands appeal to an audience already sitting comfortably in their places. Jazzmine Breary, Sales, Marketing and Publicity Manager at Jacaranda Books describes what diversity means to her as “actively combating practices that prevent talented people from engaging in our society and industries due to prejudice and a desire to keep things stuck in a fabricated idea of what is normal or acceptable.” The views of those coming up in the publishing industry show a demand for dominant narratives to be challenged in publishing and it is when these views get a place in the publishing industry that change will truly be implemented. Jazzmine is also the curator of #TwentyIn20 Black Writers, British Voices Festival which goes live on 5th December and honors Black writers by celebrating their voices and their spaces.

When we talk about what publishers are really doing to diversify, we have to look hard and look deep into the system. Archna also notes that the industry is extremely competitive. Many books do not even break even. “If you’ve found your niche as a publisher and discovered your tribe of readers after a long, hard slog, there is little financial incentive to alter your path and risk the viability of your business. It’s rather like a huge tanker that takes a long time to turn. But little vessels and lifeboats can certainly pave the way. Clearly there is an audience out there for more diverse voices and that’s where young, nimble independent publishers can make their stand.” she says. We have to seek out publication houses and editors that are dedicated to diversity and accurate representation.  But the answer to this question will be in the day where we don’t have to look so hard anymore. When we don’t need to ask people what they’re doing because it will become the norm. Until that day, we look to those who are committed to doing the work no matter how hard it is, in the hopes that their actions open the doors to new realities in the publishing industry.

Editor’s Note: The percentage of BAME-identifying children attending British schools in this post was corrected from 13% to 33%.