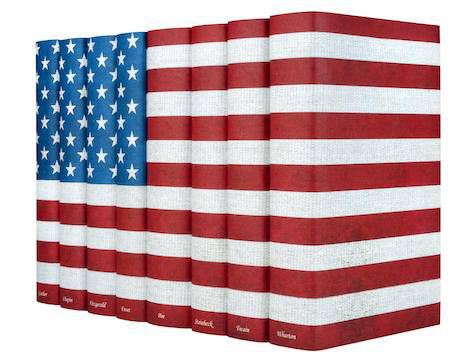 Barack Obama saved me from myself.

I’d love to say so to Sean Hannity, whose Let Freedom Ring was my political handbook at one time, in the days before I let my admiration for a “leftie” take root. I’d like to say it to annoy him, sure, because I’m so annoyed by my memories of parroting him that I feel some retribution is in order.

But it’s also true. Now-President Obama did change my way of thinking. His words created inroads to the left for me, and that wasn’t a change of direction I was willing to turn back on once I started.

This is the power of books.

In 2004,  after the now-president’s DNC speech and following his inspiring interview with Oprah, I bought myself a copy of Dreams From My Father.

I accepted Hannity’s derisions of all things left as unpatriotic and anti-American, but I also believed firmly in exceptions to the rule. Barack Obama was going to be the one liberal I was willing to listen to–even Hannity, patriot that he was, could allow me that. And I adored Dreams. It was self-reflective and blunt and raw and hopeful, and perfectly human in a way that I didn’t know political books could be. (That’s at you, Sean. Let Freedom Ring, on second pass, is real tripe.)

I cried on airplanes and in hospital waiting rooms while I read it, and I extolled this one-good-liberal to conservative friends and family members, who, in the days before Now-President Obama was a contender for much big, were fine indulging me with my exception. In my now defunct and often stupid Live Journal, I kvelled: “HE’S who the liberals should run in 2008!

“Then, liberals never show that much sense.”

This one book was my foot in the door, my possibility, the whole center of my consideration to ever look across the aisle. This one senator was my inspiration. And then those silly nonsensical liberals did the thing I most wanted, but did not truly expect: they nominated THE ONE GOOD GUY.

And the right promptly started to lose me. I noticed, for the first time, how vicious they were–because the man being derided and lied about on the news channel I once watched exclusively didn’t have anything to do with the man who wrote Dreams From My Father. The last day I listened to Hannity, he was just gathering steam on his Bill Ayers campaign, and I thought “this is nonsense. They’ve got nothing on him. They’ve got such nothing that they’re manufacturing things.”

Turning the dial to off turned new possibilities on. In 2010, while the right waxed its nastiest (then) to defeat Democrats in the midterms, I absorbed the invectives and marveled over the cruelty and decided that I was so very finished, so completely and utterly done with those methods, that I’d take the exception farther and actually listen to the other Democrats being attacked.

I’m not proud to admit that I was in my second round of graduate school before I actually, actively, openly listened to the other side, but when Hannity is your starting point, recovery can be a slow process. Anger married to dualism and couched in the presumption of ideological purity is a masterful formula for marketing, but on the consumer’s side, it’s also a real mindf**k. Since reading had been my first dose of an antidote, I decided to inoculate myself farther by doing more of the same.

A book from Reagan’s gubernatorial era shattered my illusions around the perfect eighties, so I began my reeducation there. I read Walter Mondale’s biography–my first encounter with the reality that Jimmy Carter faced some serious obstructionism in his own era. (Also, Mondale is super likeable. The Good Fight
is not Dreams From My Father, but it’s good reading.)

Because I was in Boston, I read An Unfinished Life and amended my views of the playboy president, who, his personal failings aside, was also a pretty dynamic and nuanced politician. And during another round of midterms, I opened the door to a canvasing and proselytizing congressional candidate while holding Geraldine Ferraro’s My Story open against my chest. He began with a breathless speech on the liberals who were trampling the Constitution; I, having heard this speech from others, smiled serenely and held my place with Geraldine. (He showed no signs of recognition.)

I campaigned for his opponent. Afterwards, I read Gloria Steinem‘s work for the first time and stopped apologizing for my feminism. I tried to read The Feminine Mystique, and found that you sometimes grow from just trying, too. I read histories of women’s rights movements; I read novels like The Handmaid’s Tale
that imagined political worsts. I tried to read for Ann Coulter balance, but she got thrown against a wall. There’s no elegance there. There aren’t ideas; just wooden enemies.

I read histories of California, my home state, in the 1960s, and books on bipartisanship and the backlash against the free love, flower-child era. I read about how religion wound its way into politics. I read Anderson Cooper’s book, which gifted me a fuller picture of New Orleans and the aftermath of Hurricane Katrina; I read memoirs by widows of the Iraq War. I read everything I could about the persistence of racism, from Ta-Nehisi Coates through to Assata Shakur. Anything that scared me could still be read toward.

I read because it was painful to do so, but it also felt more honest than my previous echo-chamber. When it hurt, I read harder. I had to know. I became an autodidactic voter.

“Read,” John Lewis said at an event, to someone in the audience who asked about how we could all move forward: “Read everything.”

I read the papers slandered by those on my former team, especially the New York Times, whose columns became like a daily vitamin. I argued with, and grew from, challenging pieces in the Atlantic. I rethought, through books and articles, everything, especially positions I was tempted to rest with, and I made up my own mind, and I ended up in places wildly different from where I began.

Pre-Ferraro, I had criticized Hillary for not being feminine enough. “Why would I want her to be the first,” I said to a friend, “when I don’t even see myself in her?” Ferraro and Steinem helped me rebuild my rubric–less about who is willing to wear a skirt in Vogue, more about those willing to stand up in Beijing and declare that women’s rights are human rights.

Whether I owe that entirely to Dreams, or in part to the unfair backlash against its author, I don’t quite know.  That first book–that initial encounter with an outside way of thinking–was definitely the spark.

Standing with allies who I never imagined I could stomach back when I stood with one bad book, I do know that I’m grateful, and I will never not be aware of the power of pages.