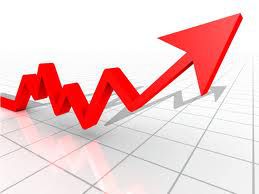 According to a story in The Atlantic I included in today’s Critical Linking, the Ransom Center at the University of Texas has started guessing which authors will have lasting historical import and then buying up their papers. Usually, libraries and archives have waited until such status has been assured before dropping millions of dollars on diaries, letters, manuscripts, tax receipts, and other documents.

But in true Texas oil-hound fashion, the Ransom Center seems to think that they can get ahead of the game by placing their bets now and have done so on contemporary authors like David Foster Wallace and Denis Johnson. In a sense, they are playing the literary archive game like the stock market, hoping to buy low now and reap the benefits for posterity.

This led me to wonder: what living writers’ future reputations would I get in on right now? And which might I “sell”?

I have a comp for you: Sloan Wilson. Haven’t heard of him, right? He wrote one of the big social novels of the mid-1950s, The Man in the Gray Flannel Suit. It was a huge success and was made into a decent movie starring Gregory Peck. And no one reads it now. Franzen is a great chronicler of contemporary society, but that’s what he does best. Generally, literature about the society of its day tends to age rather poorly; the stuff that endures transcends the specifics of its time. Oh, and guess who wrote the introduction to the 2002 re-issue of The Man in the Gray Flannel Suit? Yup, Franzen himself.

At this point, Toni Morrison is like Coca-Cola: you aren’t going to get much growth, but she’s as steady as a rock. Nobel Laureate and generally agreed upon as the most important living American writer, Morrison is the gold-standard. So, you’re going to have to pay a premium price for the ready-to-bronze Morrison.

From time to time, you see it happen with aging sports legends in the twilight of their careers; their current performance overshadows their prime. It happened with Willie Mays, and it happened with Michael Jordan. Their older, less electric selves got in the way of the totality of the their accomplishment. But sometime after they retire, we remember. We remember how versatile and shocking and unique they were. How they did for decades what most can never do at all. Ladies and gentlemen, I give you the career of Philip Roth.

Sometimes, a promising young company makes a mistake. They, because of overconfidence or inexperience, make a move they shouldn’t (think Netflix and Qwikster). I’m among those who think that Foer has the goods (not everyone does, which might be a red flag as well), but his most recent efforts, Tree of Codes and Eating Animals aren’t the stuff of history. Both are interesting, but feel like one-offs and novelties. There’s still time for a turn-around, but the trend-line is down.

You like literary fiction, you like Marilynne Robinson. And that’s why she’s a hold: everybody who knows enough to know thinks she’s great. Which is fantastic, but there just isn’t any value there. She’s like a T-Bill: strong, dependable, but not going to jump out and surprise anybody. In fact, there might be a slight risk of over-valuation because her sentences are so damn good, and sentence level mastery isn’t a guarantee of remembrance.

I don’t know if UT-Austin has Moore in their sights, but this is my smart-money pick. Watchmen is a Mount Rushmore work of an ascendent medium. Roll that together with V for Vendetta, League of Extraordinary Gentleman, and a host of other remarkable work, and you have the graphic novel equivalent of Google on your hands.

While spawning legions of fans, young adult literature is frequently undervalued for historical import. Critics don’t give it much attention, but the remembered names of those who wrote great, immersive books for children and teens are many: J.M. Barrie, A.A. Milne, Beatrix Potter, Roald Dahl, Frank L. Baum, Madeline L’Engle, and on and on. J.K. Rowling is the signal name of this generation, but her price at this point is already astronomical, I’m sure. So the value here is at the second slot with Collins, especially as you can get in before the movies come out.

The Tolkien comparison is by now all too familiar, and perhaps rightly so. The problem is that we are making Tolkien comparisons. Where do you go from there? And the series isn’t even over yet. Yes, the only place to go from here really is down. And even if he nails the landing of Song of Ice and Fire, we are kind of ready for that.

I hate to do this. I love Didion and her last two have meant a lot to me and to many other people. But here’s the rub: her late career blossoming (not that her early and mid-career were anything but accomplished) has been in memoir. And…..you don’t make the Hall of Fame for memoir. Seriously, can you name an immortal whose principle work was in memoir? I can’t. Not saying it’s right or fair, just the way that goes.