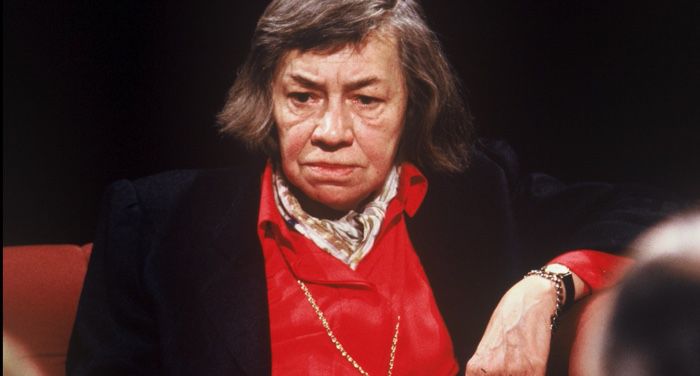 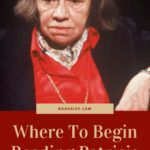 The influential suspense author Patricia Highsmith still isn’t exactly a household name, but her books have had a lasting effect on pop culture and literature over a matter of decades. Anthony Minghella’s 1999 film The Talented Mr. Ripley, starring Matt Damon as the title character, was based on Highsmith’s novel of the same name. Many other directors, including Alfred Hitchcock, René Clément, and Wim Wenders, have adapted her work, and her characters have been brought to life on the screen by the likes of Dennis Hopper, John Malkovich, and Cate Blanchett.

Much of Highsmith’s earlier work that has now entered the mainstream contains queer subtext or queer-coded characters, and she wrote a novel in the early 1950s that was significant at the time for showing a romance between two women with a happy—if complicated—ending. This book, Carol, was initially published under a pseudonym, but in the later years of her career, Highsmith began to include more characters in the books she wrote under her own name who were openly and unambiguously queer.

Despite Highsmith’s significance to LGBTQ+ literature and the literary world in general, delving into her work means being subjected to the personal flaws she brought to it. Casual (and not so casual) racism seeped into many of her books. This uncomfortable truth sits alongside the fact that her fiction is, albeit in a rather odd and roundabout way, refreshingly anti-capitalist and more than willing to paint police, the U.S. prison system, and the wealthy in a highly unflattering light. While her stories frequently offer little moral judgment, they tend to organically raise questions about structures of power and how they are maintained through institutions built on aspects of sexuality, gender, and status. As may be expected considering all of this, many of her works contain blatant displays of racism, homophobia, sexism, and misogyny (along with violence); I’ve included some specific content warnings for the books below.

In her lifetime, Highsmith wrote 22 novels and several short story collections. So, where to begin? 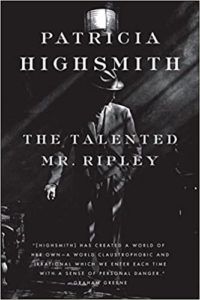 This, the first of the five books in Highsmith’s Ripliad, introduces Tom Ripley, the charming serial killer and con man who begins his life of crime when the father of a young man Tom vaguely knew in high school implores him to take a trip to Italy, all expenses paid, and convince his wayward son to come back to the U.S. The Talented Mr. Ripley is probably the most obvious book of Highsmith’s to start off with for a few reasons: It’s popular, it’s the beginning of a series but also can be read as a standalone, and along with the other Ripley books it’s the source material for numerous film adaptations, as well as an upcoming TV series starring Andrew Scott (AKA “the hot priest” from Fleabag).

In addition, The Talented Mr. Ripley is something of a primer for the social and philosophical realm of Highsmith’s fiction. By introducing a highly amoral character such as Ripley, the author reveals the equally amoral nature of the world around him. Through his criminality Ripley is, in a sense, simply acting out the expectations of a class-based society in a more obvious manner than the rich people he tricks into trusting him. The novel—and The Ripliad in general—can be read as an elaborate but somewhat realistic fantasy constructed around a character who, shut out from a more comfortable lifestyle, decides to access that lifestyle by force. However, there are additional layers to Ripley’s story that multiple rereads may reveal. In a 2017 Los Angeles Times article, author Alexander Chee discussed just one interesting Ripley theory that may not immediately occur to most readers. CW (for novel): Homophobia 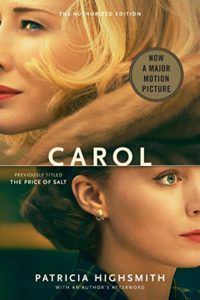 Carol, the aforementioned queer romance that has also appeared under the title The Price of Salt, was first published under the pseudonym Claire Morgan. It was adapted to film (starring Cate Blanchett and Rooney Mara) by director Todd Haynes in 2015. Reading Carol can be a bittersweet experience because it inhabits a category all its own—in Highsmith’s oeuvre and elsewhere. The upside to this is that there are no prerequisites for reading it, and there’s a good chance that if you enjoy this novel, you’ll enjoy other works of Highsmith’s as well.

The plot follows Therese, a young woman who falls in love with an older divorcée, Carol. If Tom Ripley’s story is a fantasy about an outsider infiltrating the world of the heteronormative upper class, Carol is, in a sense, about drifting out of that world. This isn’t to say it can’t be viewed as a genuine romance, but it’s also about two women coming to terms with their own existence in a society that’s hostile to who they are. While Carol is Highsmith’s only novel that adheres to a romance story structure, it still evokes the suspenseful atmosphere typical of her other books—here, however, many of the suspense elements revolve around the matter of navigating a capitalist, patriarchal society as a queer woman. CW: Homophobia, sexism/misogyny 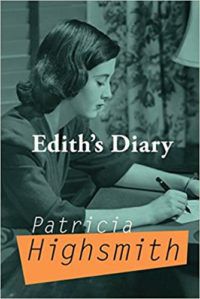 Like Carol, Edith’s Diary is an outlier among Highsmith’s novels in that it isn’t exactly straightforward crime fiction. However, it is highly memorable and easily accessible for someone who hasn’t read any of her previous work. In any case, if you’re just starting out with Highsmith, there’s absolutely nothing wrong with front-loading your reading with two of her novels that are notable for featuring female main characters and that also happen to be two of her most interesting books. That isn’t to say that Edith’s Diary is for everyone, but it will appeal to fans of slow, psychological horror, something that appears throughout Highsmith’s fiction, but never as fully and in as sustained a fashion as it does here.

Fair warning: A critic once described this book as “a relentless dissection of an unexceptional life that burns itself out from a lack of love and happiness,” and it’s hard to argue with that brutally accurate assessment, though I would also argue there’s much more to it than that. The novel follows Edith Howland, a woman who has banked much of her happiness on her role as a wife and mother, only to have her expectations dashed when her husband leaves her for a younger woman. As Edith’s life slowly begins to unravel, she starts eking out a fictional existence through her diary entries. Many of Highsmith’s novels lean heavily on travel and changes of scenery, but this slow-burning domestic thriller remains squarely in the home. CW: Sexism/misogyny 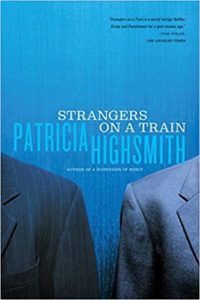 Strangers on a Train

Strangers on a Train was Highsmith’s first novel, and it provides a clear glimpse into the direction her work would continue to take over the next four and a half decades, exploring obsessive relationships, psychopathic tendencies, and questions of identity. Along with The Talented Mr. Ripley, this book is a strong litmus test for how much you might connect with most of her other fiction. It enjoys a fairly prominent reputation, as it was adapted to the screen by Alfred Hitchcock in 1951.

The main character, Guy Haines, wants to divorce his wife and marry another woman. On a train trip, he meets Charles Bruno, a young man who proposes that he, Bruno, kill Guy’s wife in exchange for Guy killing Bruno’s father. While Guy doesn’t agree to this arrangement, Bruno decides to take matters into his own hands, leaving Guy with a transformed life, an unshakable connection to Bruno, and the looming question of what to do next. 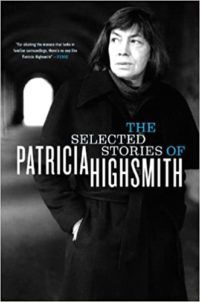 The Selected Stories of Patricia Highsmith

While Highsmith is known primarily for her novels, she was a prolific writer of short stories as well, and her work in this form covers an even greater range of subject matter and skill than her full-length fiction does. The Selected Stories of Patricia Highsmith contains more than 60 short stories from multiple collections. Even if you read all of Highsmith’s novels before approaching this book, they will not have prepared you for the first set of stories that appear in it: The Animal-Lover’s Book of Beastly Murders, like her crime novels, tells tales of aggrieved characters who are driven to kill for their own self-interest, only these characters are animals who are compelled to murder humans (yes, really). And, arguably, the stories only get weirder from there.

The above five books cover a substantial variety of work and should be accessible to a wide audience, including Highsmith newbies. Highsmith’s books have broad appeal for a reason, and chances are, after diving into one of these options, you’ll be stacking your TBR with more.