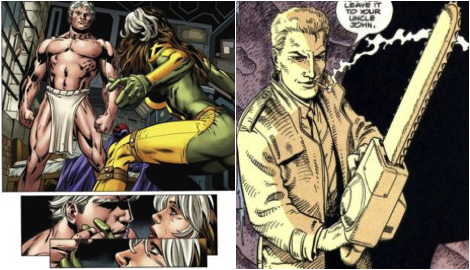 We’ve revealed to you our first comic crushes but we never said they were our only comic crushes. Of course, being fans of said medium, be they of the capes and cowls brigade or of a more refined or innovative variety, and the drama therein, we love a good anti-hero as much as—or maybe more than—we love the big blue boy scout or the stars and stripes (lets pretend that whole Nazi thing was a bad dream, shall we?). That said, many anti-heroes are, at best, problematic and, at worst, well…really problematic, yet we love them still. And so, without further ado, on this, the contrived day of love, we reveal to you our problematic favorites: 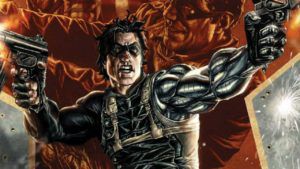 Even leaving the whole psychotic assassin thing aside (what? He was frozen and brainwashed, it’s totally not his fault), Bucky has…issues. He helped train women, including one Natalia Romanova, in the Red Room. It’s possible he sort of blew up Philadelphia a little bit. Screwed up the future. Absconded with the the cosmic cube fragment responsible for rewriting Captain America’s history (the less said about that debacle the better). Also, he’s friends with Namor, so…you know. Ego for miles. Bucky may regret murders he carried out in the past, but he has no qualms about dropping more bodies should what he sees as the need arise and, provided he’s doing it of his own free will, it doesn’t bother him in the least. He tries almost too hard to make amends, often causing more problems than he solves, and he’s really very willing to go over, under, and around authority when the best choice would be working with them, at least until there’s been an appropriate gathering of intelligence.

Sure, underneath the cybernetic arm and the bandoliers bristling with firearms he’s still the aw-shucks kid who wore a bright blue coat, red tights, and a domino mask to punch Nazis alongside Steve Rogers, and he’s still the guy who would risk everything to save his best friend, but time, decades of being brainwashed, several lifetimes of violence, and an addiction to the thrill of the hunt have made him a dangerous man living on the edge of desperation enjoys pulling the trigger more than he’s willing to admit. A man who wants to do right but on his own terms and by his own method, which usually ends up in really, really big puddles of blood. 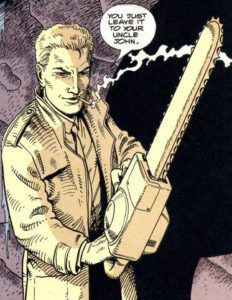 He drinks. He smokes. He swears. He screwed around with magic and set his house on fire, killing his parents. He left a friend soulless when their dabbling went bad. He summons demons when it’s convenient. He’ll help you if it helps him. His reputation for “getting The Thing done,” doesn’t always cover the fact that, for the most part, he’ll maim, crush, burned, banish, or sacrifice anyone to achieve whatever his aim happens to be. His ego is the size of…well, Ego. Quite frankly, John Constantine is a huge dick most of the time.

Most, but not all. And it is the rare rare redemptive act in the midst of all that is problematic which makes him a favorite.

Even when he’s at his worst, Constantine, in a world of capes and powered rings and men from other planets, demons and devils and sentient environmental features, is horrifically, disgustingly, magnificently, divinely, human. A mortal amidst gods, an insignificant speck in the shadow of the cosmos, he persists and he survives and, every so often, he loves someone. 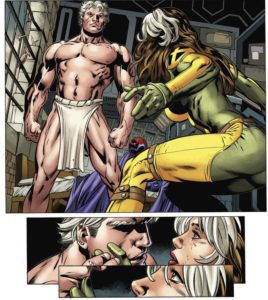 You have to admit: Magneto has a point. I don’t necessarily agree with his methods but he really does have a point. Humans have the potential for both greatness…and great horror. Where Charles Xavier was all about the hope and privilege, Magneto had seen the absolute worst of humans in Auschwitz, as a child. To be perfectly honest, I’m surprised he didn’t wipe out the entire Nazi collective.

But putting that to one side, Mageneto has always had a dark brooding Saturnine quality about him. If you could take away the WWII PTSD and the whole heart-breaking situation with his first wife and child (the burning and the dying and the annihilation of the mob-villagers who prevented him from saving his daughter…), I think Erik would be okay. In fact, we were given a taste of this Magneto-Lite with Joseph in Post-Onslaught X-Men Comics. See? Deep-down, Erik is just a lost soul who has been betrayed too many times. He is passionate, he is devoted, and he is damaged in that whole Byron-esque manner that is so hard to resist! And every time he does something wrong—you know, like kill someone—you kind of want to boop him on the nose and say, “I know they deserved it but that doesn’t make it the right thing to do, does it?” 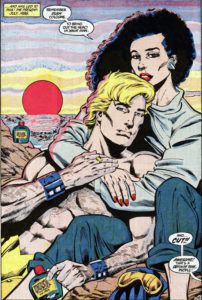 Oh, my beautiful nincompoop. Unlike heroes whose origin comes down to a tragedy or a quirk of genetics or a spill of nuclear waste, Booster became a superhero because of his own mistakes and criminal activity: as a 25th century college football star, he bet on his own games, and when he got caught, he stole a bunch of future tech and came back to our time to reinvent himself. He has continued to do questionable things ever since: fake-dating movie stars for publicity, endorsing sketchy products, “borrowing” all the money in the Justice League treasury to open a casino, forming a corporate-sponsored superhero team called the Conglomerate, marrying someone for her money, trying to murder the ancestor of the gangster who got him into gambling, turning into a tentacle monster—oh, and then there’s all those times he nearly broke time itself to try to save his best friend.

But can’t we all relate, deep down? (Maybe not to the murder or tentacles parts.) Sure, Booster’s a showboater who does desperate things for money and attention, but isn’t that the American dream? Aren’t we all a little bit convinced that if only we were rich and famous, we’d have all the love we need? Maybe we just don’t like seeing someone give in to temptations that are all too understandable. But at the end of the day, Booster always comes through—albeit often with some grumbling—and that’s what really matters.

And there you have it. Take a moment to celebrate your problematic favorite today. Send them some chocolate or something. Maybe a scientist, non-mutants, or the future will be spared…