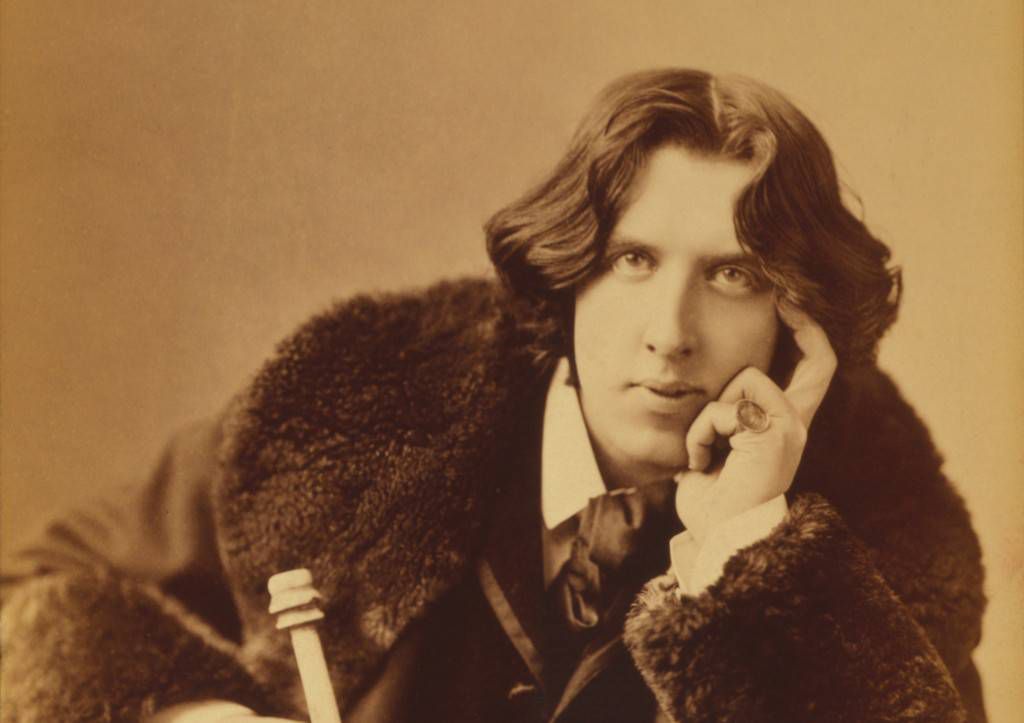 If you don’t already know the Irish playwright and poet, here’s a crash course. You’ve likely seen Oscar Wilde quotes, both misattributed and accurate, all over your Pinterest boards. Wilde’s plays were popular in the 1890s. He incorporated themes of aestheticism, duplicity, and beauty into one of his best-known works and only novel, The Picture of Dorian Gray. His society comedy plays, including Lady Windermere’s Fan and The Importance of Being Earnest, launched him into popular society, where he was also known for his wit. 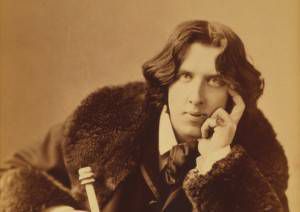 Unfortunately, Wilde is also known for the tragic circumstances of his death. England at the time was a swirl of homophobia. The Labouchere Amendment made it possible for England to persecute men for “gross indecency,” or for being homosexual. In 1895, Wilde was charged under this law, and the trial included exchanges in which his literary career and works were used as evidence against him. Wilde was sentenced to hard labor for two years. The highly successful run of The Importance of Being Earnest was brought to an end and his family possessions and house were sold. Wilde died destitute in Paris at the age of 46 despite being a literary genius of his age.

Even during his trial, Wilde’s wit remained as sharp as ever. He is known today for his works, his trials, and for his smart, cutting, or inspirational quotes. While many of the quotes that swirl around are misattributed, most of them are from his works, and put simply, they rule. Here are forty-two Oscar Wilde quotes for your enjoyment.

“When one has weighed the sun in the balance, and measured the steps of the moon, and mapped out the seven heavens, there still remains oneself. Who can calculate the orbit of his own soul?” —from De Profundis: The Ballad of Reading Gaol and Other Writings (1905) 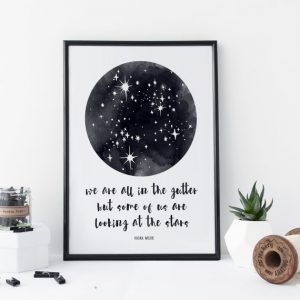 “Only the shallow know themselves.” —from “Phrases and Philosophies for the Use of the Young” (1882)

“Consistency is the last refuge of the unimaginative.” —as quoted in Aristotle at Afternoon Tea: The Rare Oscar Wilde (1991)

“A dreamer is one who can only find his way by moonlight, and his punishment is that he sees the dawn before the rest of the world.” —from “The Critic as Artist” (1891)

“I hate vulgar realism in literature. The man who would call a spade a spade should be compelled to use one.” —from The Picture of Dorian Gray (1890)

“The good ended happily, and the bad unhappily. That is what Fiction means.” —from The Importance of Being Earnest (1895)

“A poet can survive everything but a misprint.” —from “The Children of the Poets” (1886)

“I never travel without my diary. One should always have something sensational to read in the train.” —from The Importance of Being Earnest (1895)

On the power of words

“Words! Mere words! How terrible they were! How clear, and vivid, and cruel! One could not escape from them. And yet what a subtle magic there was in them! They seemed to be able to give a plastic form to formless things, and to have a music of their own as sweet as that of viol or of lute. Mere words! Was there anything so real as words?” —from The Picture of Dorian Gray (1890)

Oscar Wilde Quotes On being an artist

“An idea that is not dangerous is unworthy of being called an idea at all.” —quoted by Alvin Redman in The Epigrams of Oscar Wilde (1952)

“No great artist ever sees things as they really are. If he did, he would cease to be an artist.” —from “The Decay of Lying” (1889)

“When we are happy, we are always good, but when we are good, we are not always happy.” —from The Picture of Dorian Gray (1890) 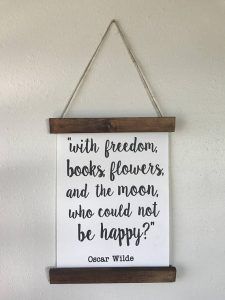 “With freedom, books, flowers, and the moon, who could not be happy?” —from De Profundis: The Ballad of Reading Gaol and Other Writings (1905, written from imprisonment)

“In this world there are only two tragedies. One is not getting what one wants, and the other is getting it.” —from Lady Windermere’s Fan (1892)

“Humanity takes itself too seriously. It is the world’s original sin. If the cave-man had known how to laugh, History would have been different.” —from The Picture of Dorian Gray (1890)

“The only thing that one really knows about human nature is that it changes.” —from “The Soul of Man Under Socialism” (1891)

“I am sick to death of cleverness. Everybody is clever nowadays. You can’t go anywhere without meeting clever people. The thing has become an absolute public nuisance. I wish to goodness we had a few fools left.” —from The Importance of Being Earnest (1895)

“There is no mode of action, no form of emotion, that we do not share with the lower animals. It is only by language that we rise above them, or above each other—by language, which is the parent, and not the child, of thought.” —from “The Critic as Artist” (1891)

“It seems to me that we all look at Nature too much, and live with her too little.” —from De Profundis: The Ballad of Reading Gaol and Other Writings (1905)

“I have never met any really wicked person before. I feel rather frightened. I am so afraid he will look just like every one else.” —from The Importance of Being Earnest (1895)

“As long as war is regarded as wicked, it will always have its fascination. When it is looked upon as vulgar, it will cease to be popular.” —from “The Critic as Artist” (1891)

“Prayer must never be answered: if it is, it ceases to be prayer and becomes correspondence.” —quoted by Alvin Redman in The Epigrams of Oscar Wilde (1952)

“He to whom the present is the only thing that is present, knows nothing of the age in which he lives.” —from “Oscariana” (1907)

“The past could always be annihilated. Regret, denial, or forgetfulness could do that. But the future was inevitable.” —from The Picture of Dorian Gray (1890)

“Live! Live the wonderful life that is in you! Let nothing be lost upon you. Be always searching for new sensations. Be afraid of nothing.” —from The Picture of Dorian Gray (1890)

“One can survive everything nowadays except death.” —from “Oscariana” (1907) 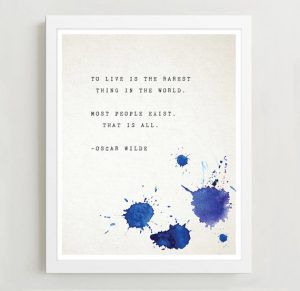 “To live is the rarest thing in the world. Most people exist. That is all.” —from “The Soul of Man Under Socialism” (1891)

“It is better to have a permanent income than to be fascinating.” —from The Model Millionaire (1912)

“The truth is rarely pure and never simple.” —from The Importance of Being Earnest (1895)

“There is no such thing as a good influence. Because to influence a person is to give him one’s own soul. He does not think his natural thoughts, or burn with his natural passions. His virtues are not real to him. His sins, if there are such thing as sins, are borrowed. He becomes an echo of someone else’s music, an actor of a part that has not been written for him.” —from The Picture of Dorian Gray (1890)

“God knows; I won’t be an Oxford don anyhow. I’ll be a poet, a writer, a dramatist. Somehow or other I’ll be famous, and if not famous, I’ll be notorious. Or perhaps I’ll lead the life of pleasure for a time and then—who knows?—rest and do nothing. What does Plato say is the highest end that man can attain here below? To sit down and contemplate the good. Perhaps that will be the end of me too.” —quoted in “In Victorian Days and other papers” by Sir David Oswald Hunter-Blair (1939)

On Love and friendship

“Friendship is far more tragic than love. It lasts longer.” —from “A Few Maxims for the Instruction of the Over-Educated” (1894)

“Keep love in your heart. A life without it is like a sunless garden when the flowers are dead. The consciousness of loving and being loved brings warmth and richness to life that nothing else can bring.” —quoted by Alvin Redman in The Epigrams of Oscar Wilde (1952)

See more Oscar Wilde quotes at this round-up (because there are always more excellent Wilde quotes), and check out other quote round-ups from your favorite authors.