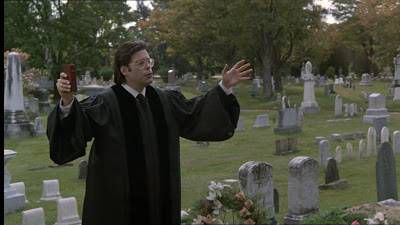 “It’s important to stress that this is not a costume, but rather an actual fully functioning replication of what a person would want in a modern type combat suit. This suit is not being designed to take on gunfire, as that would cost exponentially more and is above my skill set, but rather towards hand to hand combat and weapon defense against bats, knifes, and other club like objects.”

An industrial design student at Philadelphia University has launched a Kickstarter campaign to build functional combat armor based on Batman’s costume. Appropriately enough, his name is J. Gordon. I’ve reached out to him for more details, and hopefully we’ll have something for you next week. (Phillymag)

“Well, with every character you create, you make decisions in terms of their demographics, but no, I wasn’t trying to make a point about it. But given how poor female representation and minority representation is in comic books, if I have a choice between writing another white dude as the main character or someone who’s less well-represented in comics, I’m going to tend to go towards that second option. I do have some while male leads in upcoming projects, but I try to only do that if there’s a reason for it. Maybe the best way to put it is, I try not to let white and male be the default.”

Paul Allor in an interview about the just-wrapped first arc of Strange Nation over on Multiversity. Paul’s good people, and I highly recommend his stuff.

“I’ve gotten a lot better about having notebooks of all sizes, for every situation – one in my pocket at all times, one at my bed side table, one for each series I’m working on. As I mentioned before, the minutiae of life inspires Shutter for me more than anything. There’s a Quentin Tarantino adage I think about a lot, when he was talking to Charlie Rose about how he thought all his movies should be a bit embarrassing to show certain people, because they’ll know exactly what you’re actually dealing with or talking about in your own life, putting yourself out there – being totally vulnerable. It’s not always a direct connection. Kate’s parents seem like assholes, my parents are all great human beings who’ve always been there for me. But still, life experience is where the good stuff comes from.”

Joe Keatinge (quoted above) and artist Leila del Duca in conversation with Comics Alliance about the deeply imaginative Shutter, which is apparently both more and less autobiographical than you might expect.