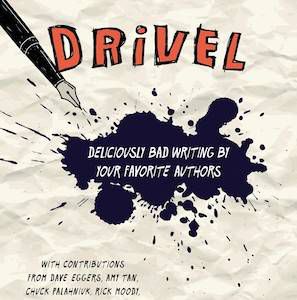 “This is the first time Rob Guillory’s ever worked for Marvel, so I think that’s pretty exciting. And I think he wants to tackle certain things in a different, almost selfish way—kind of the same way I do, you know? Like, technically this is my first comic book writing assignment, and I’m writing Thor, which is pretty heavy. It’s not an independent. It’s not an offshoot story. I’m writing Thor, one of the Marvel heavy hitters. They make movies about him now, if you didn’t know. And I think we’re both almost looking at it like, “Man, if we never get another assignment from Marvel, then we have to write and/or draw as many Marvel characters as we possibly can!” And I think this kind of gives us the freedom. I think we’re kind of under-the-radar, and there’s not really a whole lot of pressure on us to deliver some sort of a magnum opus as a 10-page backup story in an annual, so I think we have a lot of freedom that could be really fun.”

Former WWE superstar CM Punk (a.k.a. Phil Brooks) is set to script a Thor annual for artist Rob Guillory (Chew). It sounds like he’s really vying to enter that squared circle with the Punisher though. As a sports entertainment enthusiast, I’m wishing best of luck to the Best in the World. (Marvel.com)

“It’s easy to imagine that news of Action Comics #1 selling for $3.2 million sent some people scurrying to the attic or basement for a copy they swore they saw somewhere, only for them to return empty-handed. However, a few may have unearthed what they thought was the Holy Grail of comics, only to later learn it was fool’s gold: a dreaded reprint.”

So, how do you tell if that copy of Action Comics #1 you found in your great uncle’s foot locker is the real deal or simply a reprint? Heritage Auctions explains. (Robot6)

“While comic books and movies are often reticent to identify in what state fictional cities like Metropolis and Gotham City reside, Batman V Superman: Dawn of Justice will apparently take that notion to the next level, with Metropolis being a District unto itself, not unlike Washington, D.C. in the real world.”

According to a license plate photographed on the Chicago set of Batman V Superman: Dawn of Justice, Metropolis is not a part of any particular state of the union, a new wrinkly in an ongoing puzzle. (Comicbook.com)

“While we haven’t gone as theological as some episodes of the show were, our main themes in the comic are conflicts of self and what it means to create, and to contribute. When you’re dealing with something as smart as this show could be, you can’t underplay it or dumb it down. Gobo spends a great deal of the comic trying to figure out his place, who he is, and where he fits in.”