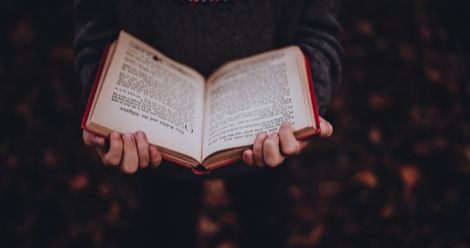 Compiling book lists is: a joy. A chore. An excuse to revisit titles you’ve stayed away from for too long. A means of discovering new books that fit your predilections perfectly. A way to of connect with other readers who also love to read what you love to read. Frustrating. Enlightening.

Just don’t forget “highly subjective,” and don’t ever suppose there’s anything wrong with that.

Take any subject that you care about and whittle down the must-read books on the topic to a predetermined number of titles and you’re necessarily going to be excluding something. How you make your choices—what to include; what to leave off—reveals a lot about your interests and concerns.

Do you choose to highlight the novel that too few people have heard of, or the novel that’s been on every reading list from here to Schenectady since Moses and the Board of Education first—not at all subjectively themselves!—sealed the canon™? Do you keep the book that you love on the list, or nix it in favor of the book that everyone thinks that you should love? Do you go with the predictable title or the surprising one?

On most lists, we end up doing a little of both. There are writers and books that we include out of a sense of obligation, or to show that, indeed, we do know what we’re talking about. They’re still books that we love and would recommend, of course. But we mention them strategically, too, alongside writers who we’re thrilled to introduce to wider audiences. To a degree, the pedigree of the oldies-and-goodies can be a means of infusing elsewhere daring lists with credibility. There’s nothing wrong with that.

Nor is there anything wrong with slagging off a few “classics” that we don’t actually love to make room for what’s new or underappreciated. The canon has its flaws: for too long, it’s been focused on lauding White Male Authors at the expense of everyone else. But their work isn’t always as perfect as their pedestaled-positions would suggest. They’re the writers that someone, somewhere, and with some degree of power—someone probably also white and male, if we’re being honest—decided were the best.

We are not obligated to agree with their determinations. As an example: despite the fact that I was forced to read him more than once—because you “have to” to understand American literature, or 19th Century American Literature, or Epic Literature, or…how does he make so many musts?!—I think that Herman Melville is crap. There’s no there there, in my opinion—to the extent that no one and nothing on Earth could ever induce me to include Moby-Dick on a book list, even if the subject fit his book perfectly. The Ten Best Novels about Whaling that Start in Massachusetts? Nope. No Moby-Dick there. It just isn’t true, in my opinion—or surprising, or worth devoting more literary air to. Sorry.

When we leave these supposed mainstays off of lists that seem suited to them, we know what we’re doing. It’s an intentional choice. Book lists are about directing conversations; compiling them with a new set of paradigms is a means of redirecting stale and exclusionary conversations on familiar topics into wider arenas.

Dare to imagine that someone can write about whaling more compellingly than Herman Melville. That Kafka isn’t the pinnacle of Jewish literature. That Roald Dahl isn’t the only option for those seeking children’s fantasies. That there are science fiction novels more appealing than Orson Scott Card’s. That you don’t have to read Faulkner to appreciate Southern Gothic literature. That Jonathan Franzen doesn’t get the final word on the contemporary novel.

That there are writers as worth—even MORE worth—reading than these writers whose rings we “forgot” to kiss.

There’s value in highlighting someone unexpected over someone mainstay, whether classicists want to acknowledge it or not. There’s something to be said for making room for the voices you don’t already know: of women, people of color, LGBTQ folks. Writers whose stories aren’t always given equal weight by traditional canons.

We do it knowingly.

And our lists aren’t weaker for it; on the contrary, they become richer because of our decisions to make the unexpected choices.

I would encourage anyone who’s considering writing “but you forgot…!” in the comments section of a book list to stop and reconsider.  The person whose list you’re responding to probably did not forget at all. They simply, knowingly, and conscientiously chose someone else.

And if it’s a topic you’re interested in, and that someone else is someone whose work you’re not familiar with: that, there, is the purpose of the list.