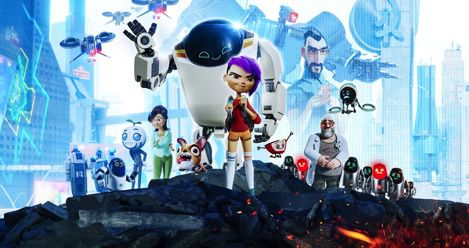 Netflix recently released a new animated movie: Next Gen, adapted from the Chinese online rage comic 7723 by Wang Nima. The synopsis of the movie is “lonely girl meets lonely robot and goes on grand adventure saving the world from evil robots and crazy villains.” I think a more accurate summation would be: girl has had enough of injustice in the world, teams up with a robot, and proceeds to right all the wrongs. 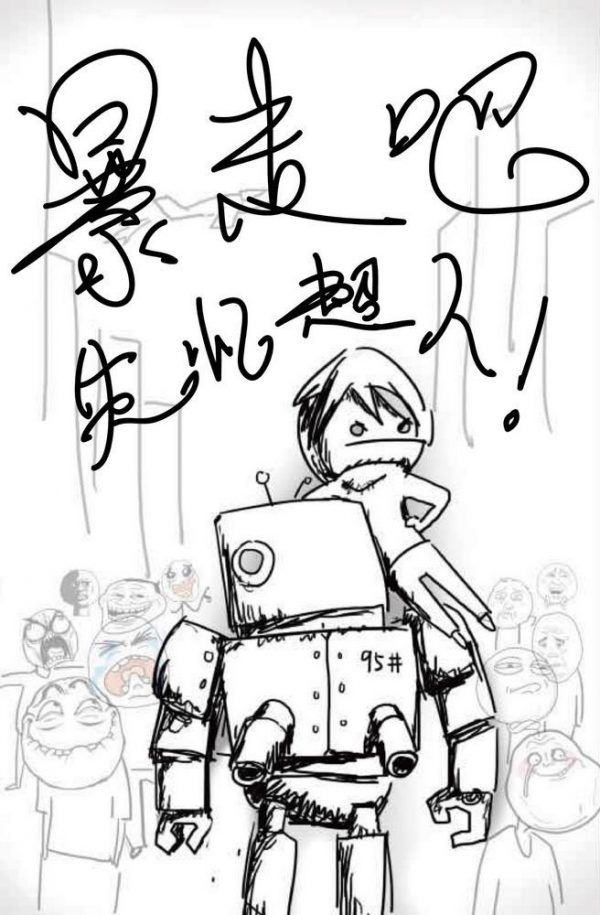 It’s pretty much everything Wang Nima was going for when he created Baozou Manhua, the Chinese version of rage comics. Of course, it is nigh impossible to find the original 7723 on the interwebs now; the majority of Baozou content was only available in China and China has recently banned the website for making fun of a communist hero.

The irony of the Chinese government closing down a webcomic that addressed bullying is not lost on me.

Now, I love webcomics as much as tangible, in-my-hand comics. In fact, there are many amazing webcomics available (fellow Rioter Laura has a list of her favourite Science Fiction and Fantasy webcomics here). The reason 7723 was picked up by Netflix is not just because it has cool robots and a futuristic setting. It comes with a hard-core message about bullying and anger, delivered in a way that is far more relatable than the usual “ignore it and it will go away.”

No spoiler here: the main character Mai is bullied by another girl, Greenwood, portrayed as a coward and a bully. In one scene, Greenwood commands her robot to hold Mai down while Greenwood punches her. When 7723 arrives in Mai’s backyard, with laser guns and other wonderful toys, Mai’s first idea is to give the bullies a little ‘payback’.

It is really a brilliant retaliation, dreamed of by many victims of bullying around the world. It’s also a scene harking back to the origins of the webcomic; an online rage comic to allow people to vent their frustrations with the injustices seen everywhere. It is exactly the outlet sought by many looking for a rage comic that “really gets them.”

And it is also corrected within the same movie. As the anger burns inside Mai, she loses sight of why she was retaliating and asks her robot to hurt Greenwood. Oh, how this rings true to so many of us today! This subsequent scene directly addresses the importance of acknowledging our anger but also taking responsibility for what we do with it. When we fight injustice, it must be for a reason. Being angry is fine; it is a normal emotional response. But it doesn’t stop there. In the same way we need comics visually representing how to recognise bullying as it happens, we also need comics to visually represent how we manage the fallout.

Here’s a terrifying thought: what if it was a gun that landed in Mai’s backyard? To be honest, I’m struggling with the horror of this because I live in Australia and it is not something that plagues my mind as greatly as it would in other nations. And for that, I consider myself lucky. However, it is a genuine concern and one that needs to be faced when telling stories like this. We need stories to show kids it is okay to be angry, to express the anger but to do it in a way that does not continue the violence. Censoring these elements is only going to make the matter worse. This is such a hard thing to balance, it is no wonder bullying remains a devastating issue for kids.

It isn’t any easier dealing with bullying as an adult. As adults, we are expected to be wiser and emotionally mature enough to handle the bad behaviour of others. Somewhere along the way, it became the victim’s responsibility to be polite and ignore the bad behaviour, rather than calling out the bully’s behaviour. We all cheered when Captain America punched Hitler back in the 1940s, but now we are all expected to sit back and patiently listen to the same monologues filled with the same hatred and racism and bigotry. Is it any wonder our kids are confused when we are showing them double-standards?

The power of comics has always been in the graphical literacy it brings to the masses. A great comic is able to balance the imagery with the story-telling. The power is still in the story but it is lifted with images to make it all the more relatable for the audience. From Spider-Man to Bitch Planet and Princess Jellyfish, comics have reached out in social commentary with as much impact as we gain from non-graphic novels; especially when dealing with bullying and harassment. What makes 7723 and Next Gen so special is the way it addresses anger and hurt in such a blatant manner. It is part of the process in dealing with bullying, and it needs to be called out just as much as the bullying itself.

Comics are not the Holy Grail to all our bullying issues. However, it is SOOOOOO refreshing to have an alternative showing us how to address the issue AND the fallout. And for that, I will happily watch Next Gen again and again (I’m up to three repeats already). It’s not the most sparkling of dialogue or cleanest of plot-developments. But the message rings true.

Call out the bullies. Make them face their actions. But don’t let your bad memories and experiences with the stop you from making good ones.