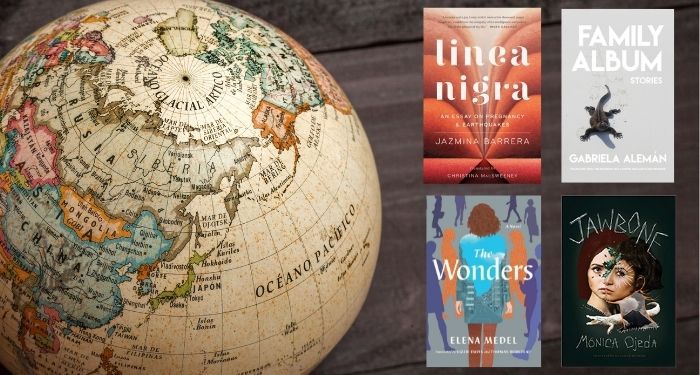 Every season I pour over the catalogs and galleys of new releases in translation and highlight some of the titles that I’m excited about for Book Riot. I was especially impressed with this season’s incredible offerings of literature translated from Spanish. There were even more stunning titles than usual and much more than I could fit into my original list where I try to highlight the diversity of languages and countries that literature in translation is coming from. So I was inspired to create a list solely of the titles translated from Spanish this season as an added bonus.

Looking overall at this list, I’m stunned by the breadth and depth of what’s currently being translated from Spanish right now. There are critically acclaimed and beloved authors and translators returning with their third or fourth novel right alongside some thrilling debut novels like The Wonders by Elena Medel, translated by Lizzie Davis and Thomas Bunstead and Jawbone by Mónica Ojeda, translated by Sarah Booker. And there’s also a fascinating mixture of form and genre. I was particularly obsessed with the two creative nonfiction titles from this season that I chose to feature: Linea Nigra: An Essay on Pregnancy and Earthquakes by Jazmina Barrera, translated by Christina MacSweeney and When Women Kill by Alia Trabucco Zerán, translated by Sophie Hughes.

It’s a very exciting time to be a lover of Spanish literature in translation! 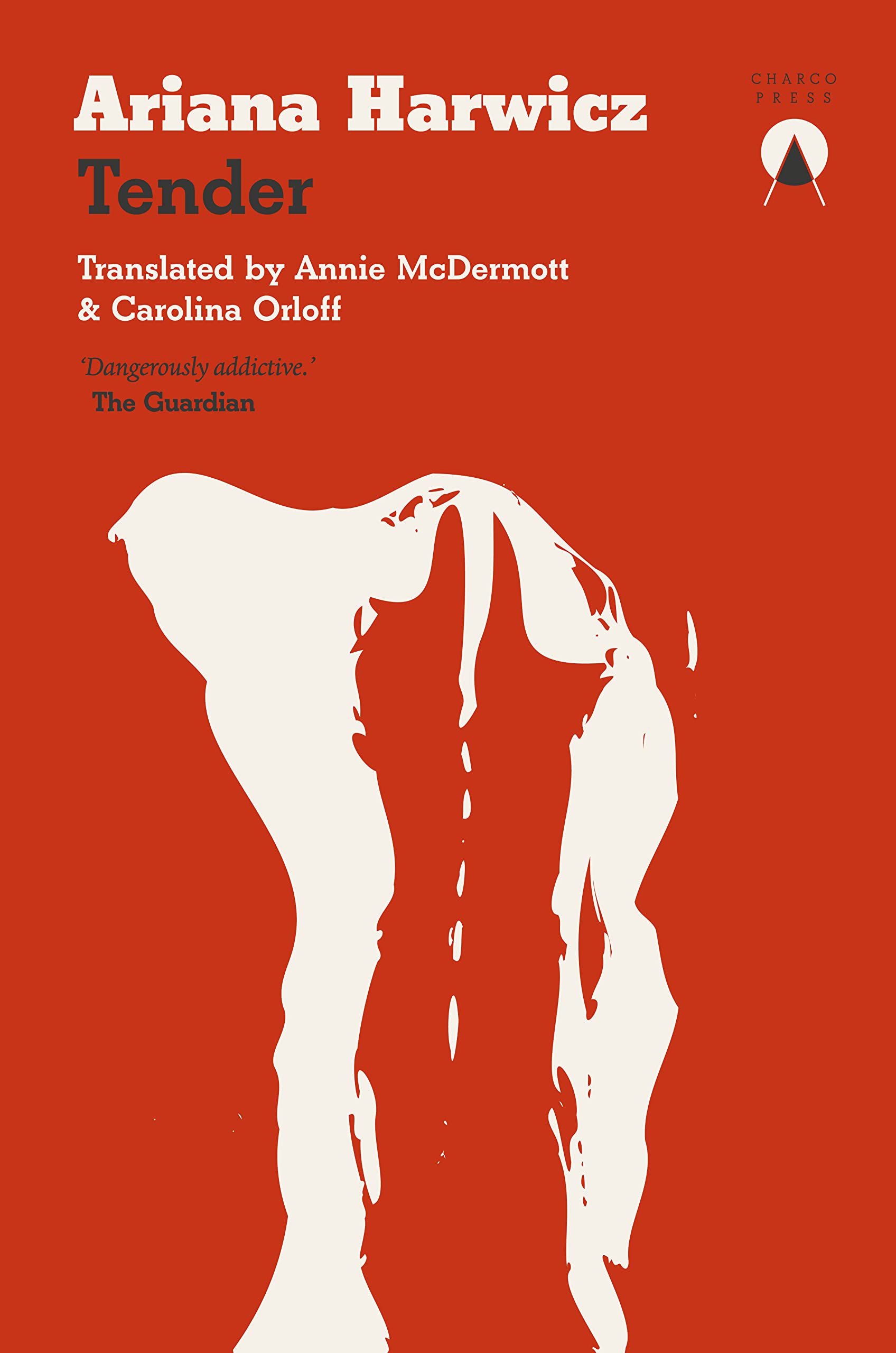 Motherhood, womanhood, lust, death, madness. There’s a reason so many readers, myself included, are captivated by Ariana Harwicz’s dark and relentlessly good writing. Harwicz is one of the most radical figures in contemporary literature, often compared to Nathalie Sarraute, Virginia Woolf, and Sylvia Plath. Tender is the third and final book in her “Involuntary Trilogy” after Die, My Love and Feebleminded, and it finds us again in the French countryside, this time following Harwicz’s unnamed narrator’s complex and destructive relationship with her teenage son. 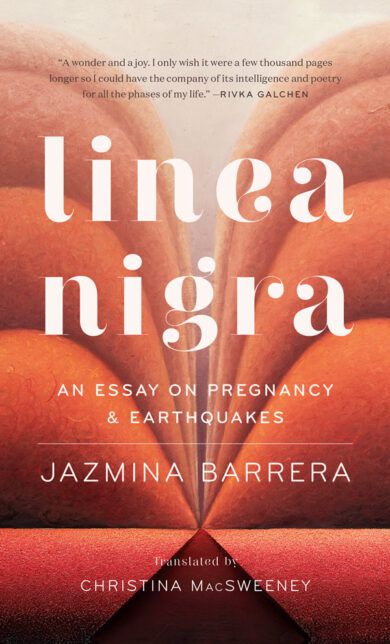 Linea Nigra: An Essay on Pregnancy and Earthquakes by Jazmina Barrera, translated by Christina MacSweeney

I loved Jazmina Barrera’s debut work of nonfiction, On Lighthouses, translated by the legend Christina MacSweeney, where she melds memoir and literary history while examining what lighthouses mean to her and more widely to us all through the the works of Virginia Woolf, Edgar Allan Poe, Ingmar Bergman, and many others. So it’s no surprise that I would love her exploration of pregnancy, motherhood, and art. Like On Lighthouses, it is a memoir and also so much more. Barrera chronicles her own pregnancy and early motherhood while also reflecting on representations of motherhood in art and literature. I was particularly struck by the collection of resources she presents at the back of the book — poems, short stories, interviews, and essays — that she read while breastfeeding. The act of the artist feeding herself as she feeds her child. This urgent and intimate book is one of the most stunning I’ve ever read. 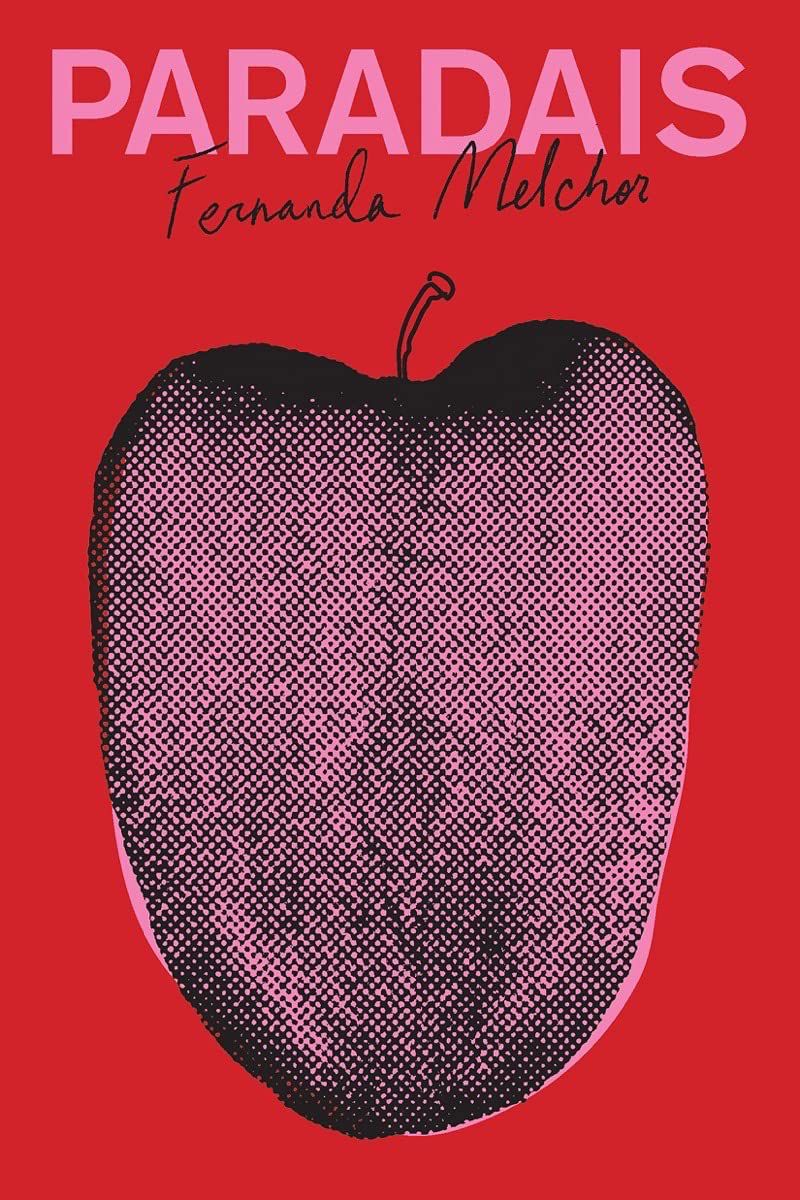 The events of Paradais swirl around the lives of two teenage boys as they decide on a terrifying course of action to change what feels like the inevitability of their lives. Like her impressive and brutal debut novel Hurricane Season, Fernanda Melchor returns with another devastating examination of violence and inequality. The novel is unsparing in its critique of racism, sexism, classism, violence, and more, and while it’s set within and is speaking to contemporary Mexican society, it is arguably universal. This brilliant and raging Cassandra of a novel is meticulously translated by Sophie Hughes who again captures Melchor’s complex and propulsive style. 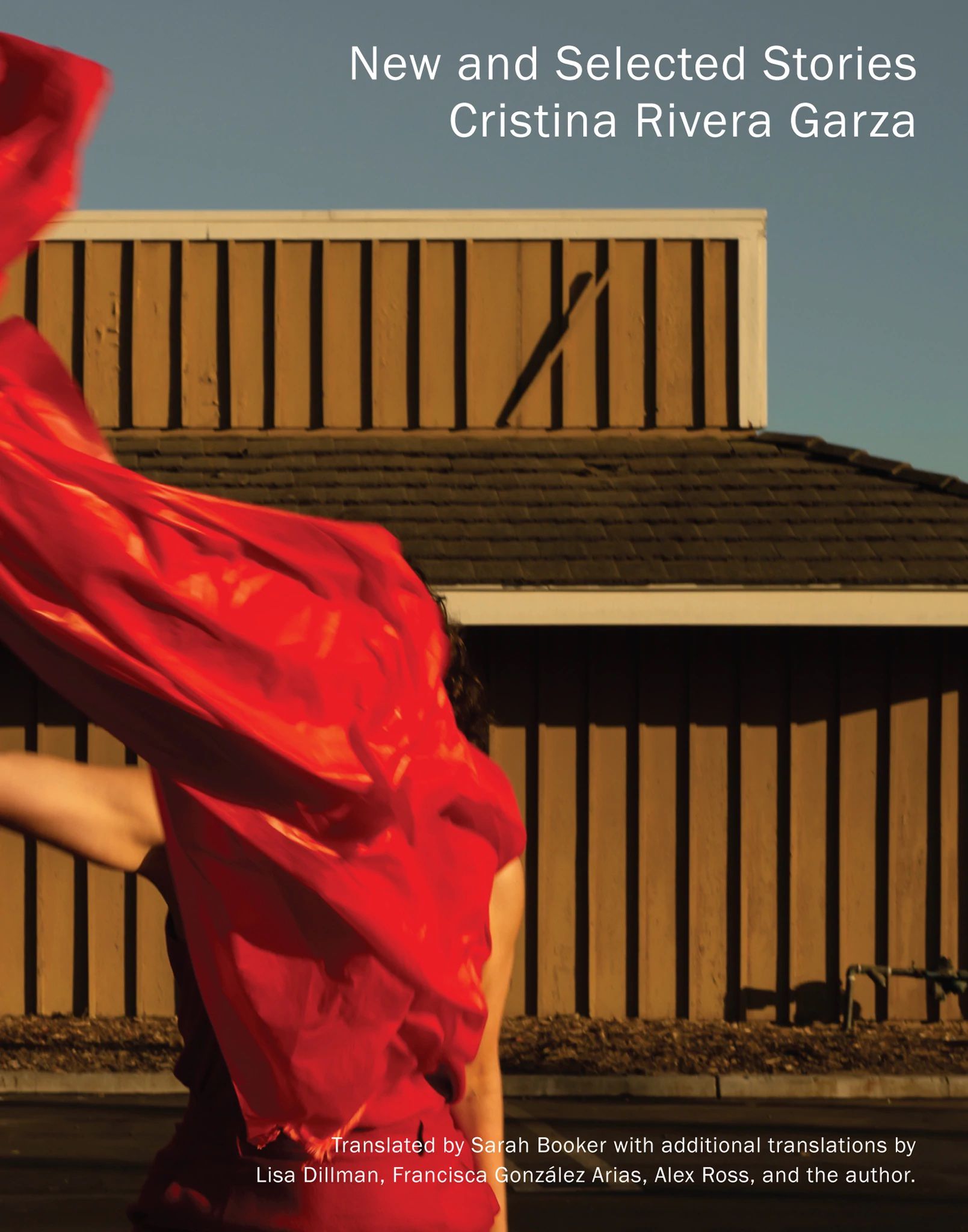 Cristina Rivera Garza is in my mind one of the most important writers and thinkers of our time. And so it’s an immense treat to see a collection like this one bring together in English translation stories from across her career, drawing from multiple collections over 30 years, with new writing not yet published in Spanish. If you’ve loved any of her complicated and striking works of fiction, like The Iliac Crest, translated by Sarah Booker, her feminist and gothic examination of gender and language, or The Taiga Syndrome, translated by Suzanne Jill Levine and Aviva Kana, her fairy tale meets contemporary Latin American detective novel, or her new work of nonfiction, Grieving: Dispatches from a Wounded Country, translated by Sarah Booker, a hybrid collection of short crónicas, journalism, and personal essays on systemic violence in contemporary Mexico and along the U.S.-Mexico border, then you should pick up this collection immediately. 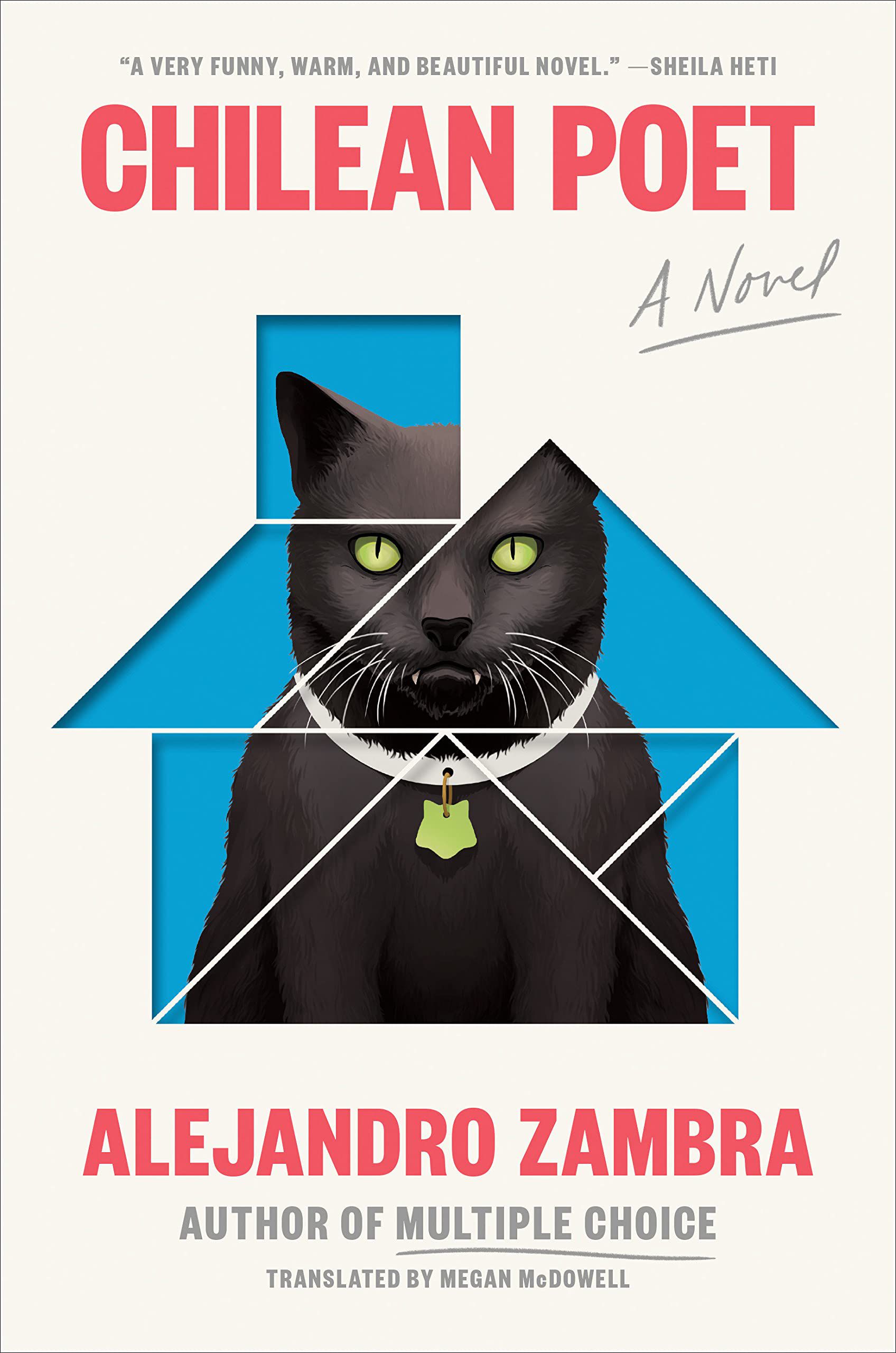 Chilean Poet follows the lives and loves of two Chilean poets across the span of decades. After a chance encounter at a nightclub, aspiring poet Gonzalo reunites with his first love, Carla. Carla now has a 6-year-old son and the three form a new family. Eventually the relationship comes to an end, but we follow the son, Vicente, as he grows up to be a young man and also a lover of poetry. There are many joys of the novel, including Zambra’s fascinating depiction of the Chilean literary scene, a lot of (purposefully) bad poetry, and all of the stylistic inventiveness and wonder that Zambra and acclaimed translator Megan McDowell are known for. A tender and brilliant novel that surprises at every turn, Chilean Poet is a poignant examination of family and art. 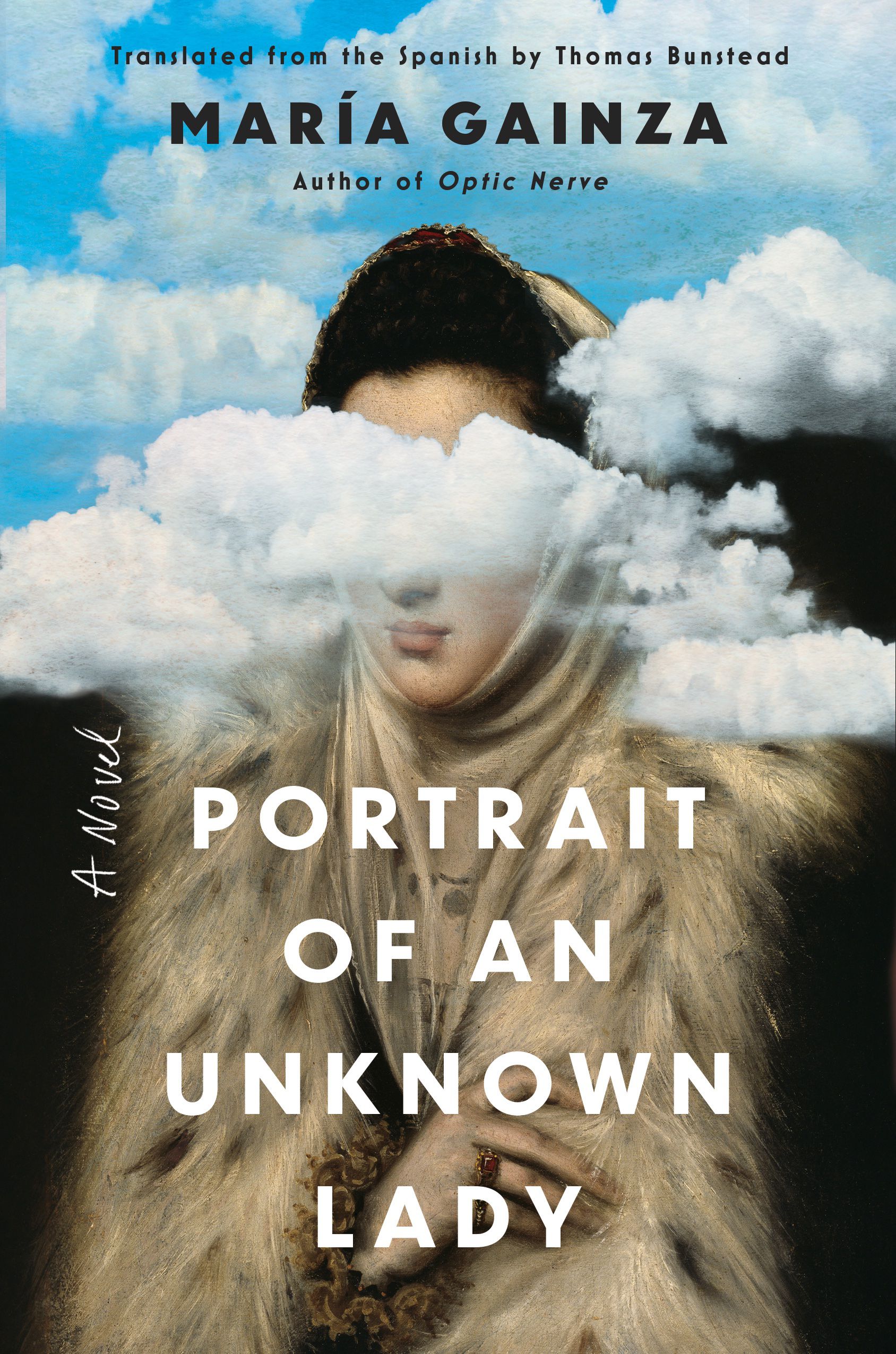 Portrait of an Unknown Lady by María Gainza, translated by Thomas Bunstead

María Gainza returns with another novel of art and life in Buenos Aires. Optic Nerve, Gainza’s English-language debut, translated by Thomas Bunstead, stunned readers and critics alike with its story of an Argentinian woman obsessed with art and the many episodes of art history seamlessly interwoven into descriptions of her life — calling it gorgeous, brilliant, and profound. This novel adds an element of mystery and intrigue as the narrator, an art critic and auction house employee, is searching for an enigmatic and legendary forger, rumored to be a woman. 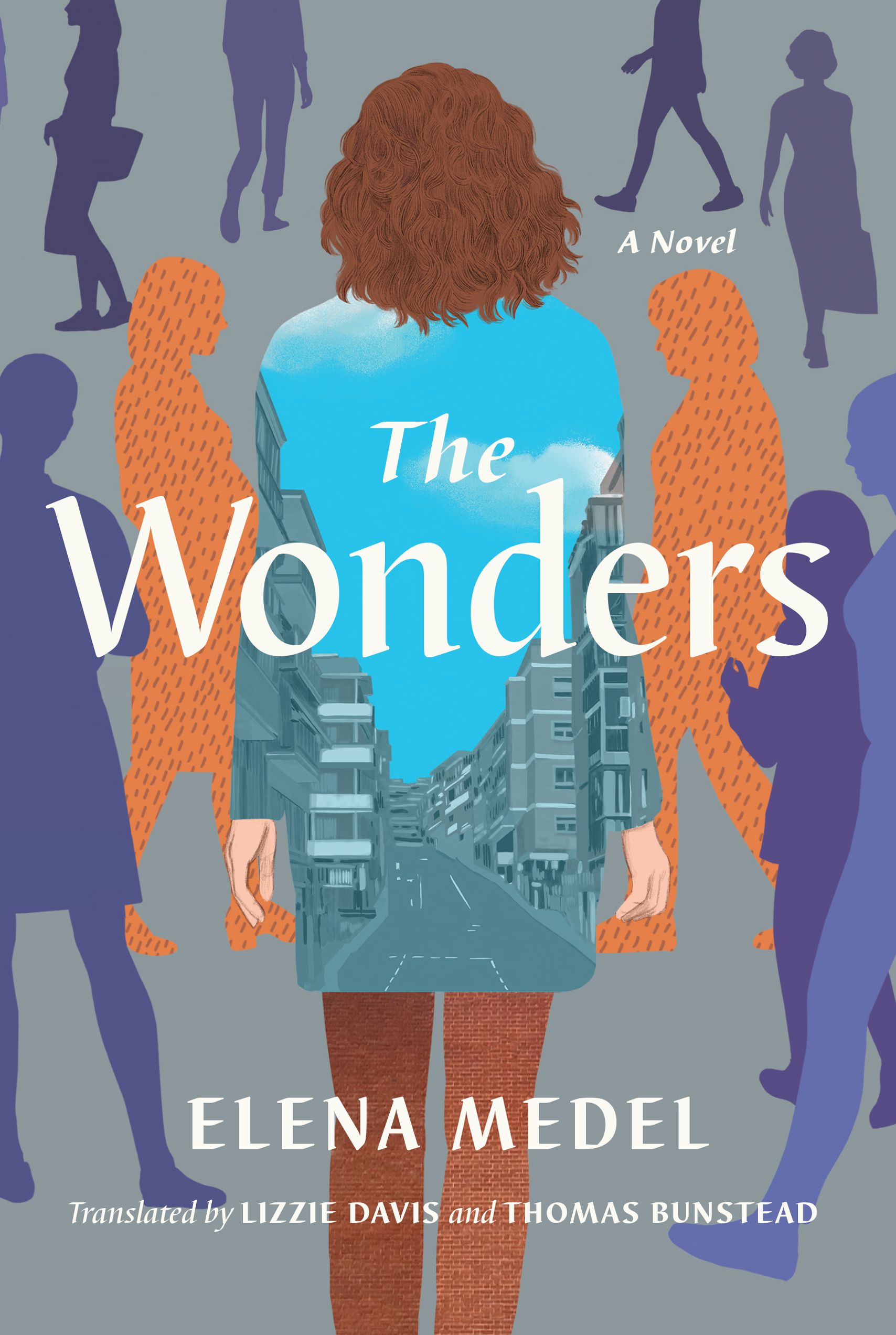 The Wonders by Elena Medel, translated by Lizzie Davis and Thomas Bunstead

The Wonders vividly brings to life the stories of two working women, Maria and Alicia, set against the backdrop of half a century of the feminist movement in Spain. Elena Medel is an award-winning poet, and with this audacious and expansive novel, she’s declared herself a writer to watch as she examines and portrays the ways that class, gender, politics, and society have shaped these women’s lives as well as their own plans to carve out meaning and agency. 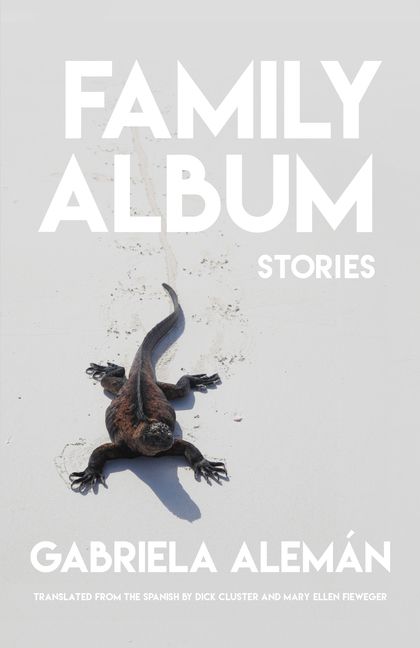 In this collection of short stories, the gifted Ecuadorian author, Gabriela Alemán, offers up a fierce and funny family album of present-day South America, particularly Ecuador. From scuba divers hunting for treasure to a reporter’s search for the secret of a famous Mexican wrestler and a baroness who settles on one of the Galapagos Islands in the 1930s, the characters in these stories are a fascinatingly endless range of humanity that Alemán writes, and Dick Cluster and Mary Ellen Fieweger translate, with wit and grace. 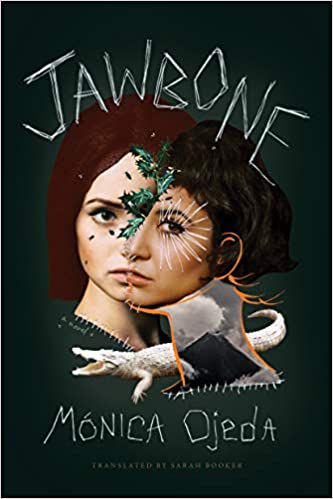 Ecuadorian writer Mónica Ojeda was included on the Bógota39 list of the best 39 Latin American writers under 40 in 2017, and in 2019 she received the Prince Claus Next Generation Award. Jawbone is her English-language debut and it follows Fernanda and Annelise, two inseparably close friends at an elite Catholic school who become ever more involved in the occult with their school friends. “It’s only fun if it’s dangerous,” says Annelise, perfectly capturing the reading experience of this chilling nightmare of girlhood and adolescence, full of body horror, pleasure, and pain. Sarah Booker’s immense brilliance and thoughtfulness comes through in this translation as it does in all of her others and she’s become a translator I’ll follow to any (and all) of her next projects. 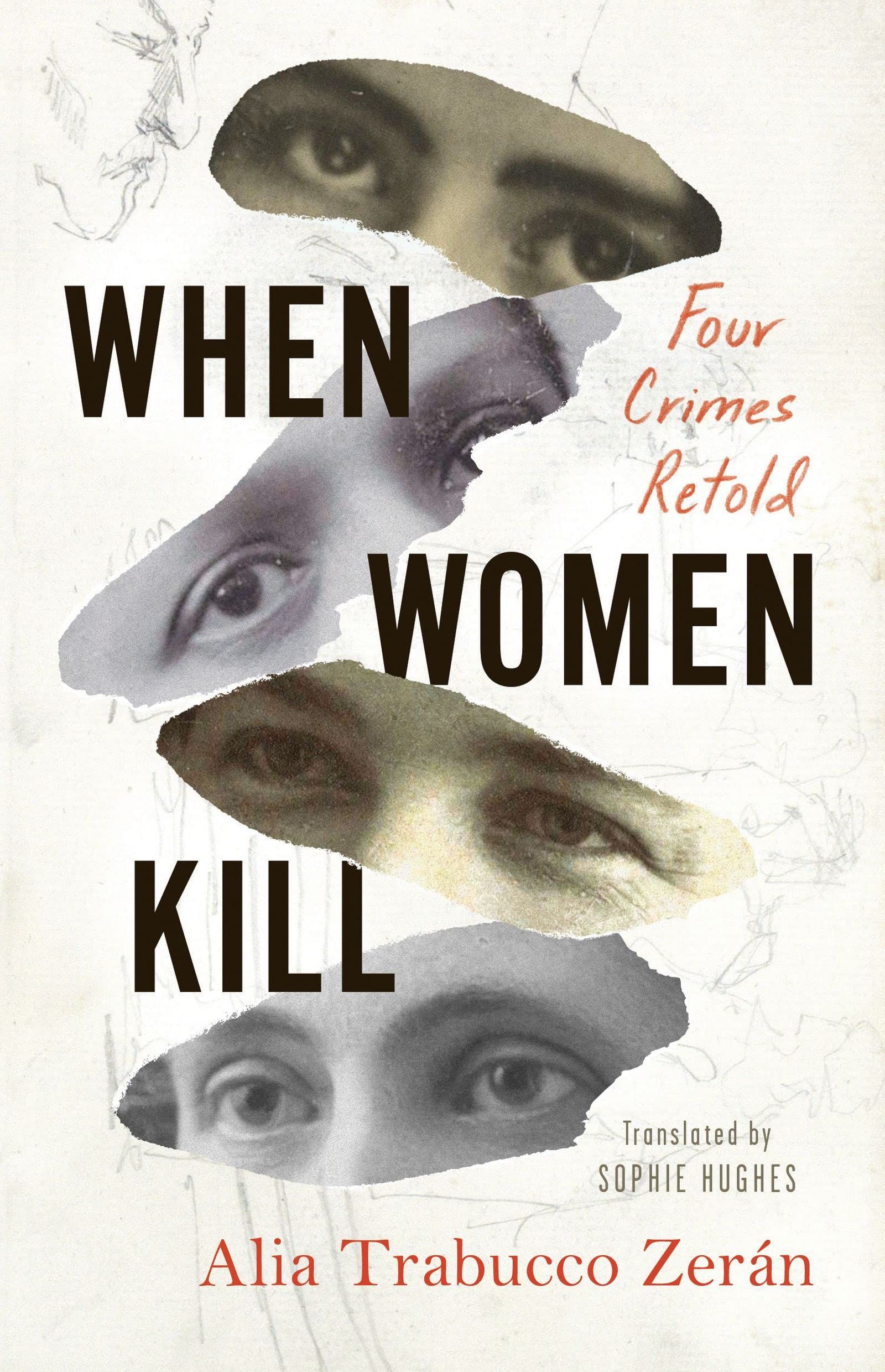 When Alia Trabucco Zerán’s debut novel The Remainder came out in 2019 — also translated by Sophie Hughes — I described it as intense and haunting and a startling reckoning with the history of violence. So it’s fascinating to me that this next project from Alia Trabucco Zerán is very much in line with the idea of a history of violence. In When Women Kill, Alia Trabucco Zerán draws on her training as a lawyer to examine four homicides by Chilean women. These accounts blend true crime, critical essay, and reportage to offer a nuanced and feminist reading of these women’s lives.

Looking for even more great recommendations of literature in translation from this season? Check out these Spring 2022 New Releases: In Translation.