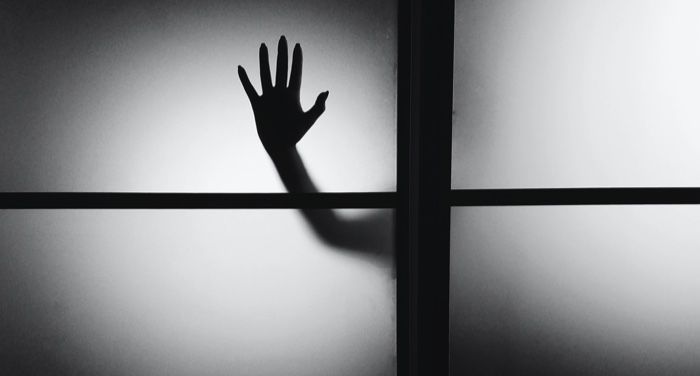 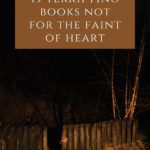 I love being scared, don’t you? Some people think that wanting to be scared is strange, but for those of you who get it, this list is for you. All I ever want is to find the next novel that will give me nightmares. So I ventured out to the horror community and asked horror fiction fans across the internet about what they thought the most terrifying horror books were and why. From their recommendations and my own personal reading experiences, I came up with this list of the 15 most terrifying books. Good luck sleeping with the lights off! 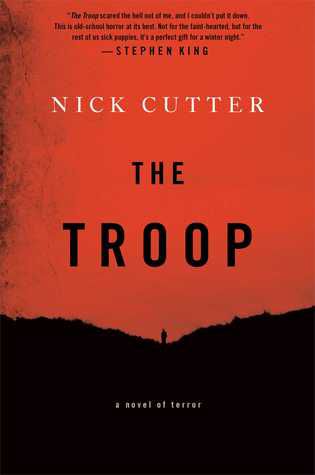 When I asked people what they thought the most terrifying book was, The Troop by Nick Cutter came up multiple times. If you’re freaked out by disturbing body horror, then this one will probably get you too. Every year scout master Tim Riggs takes his troop into the Canadian wilderness for a three-day camping trip. Of course, scary stories have long been a staple of camping trips. But when those scary stories become real, this camping trip becomes so much more terrifying than anything the troop leader or the boys could have planned for. 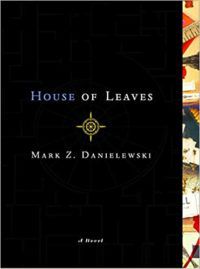 House of Leaves is a twisty horror novel that really tops this list for me personally. The experience of reading this novel is so strange and immersive that you truly feel like you are sinking in to the story. And when the story is as scary as this one is, that immersion gets terrifying really, really quickly. At the most basic plot level, this is a story of a young family who moves into a new home and quickly where they discover something disturbingly wrong: their house is bigger on the inside than it is on the outside. But from there, with its footnotes and appendices, this story takes off in unsettling directions. 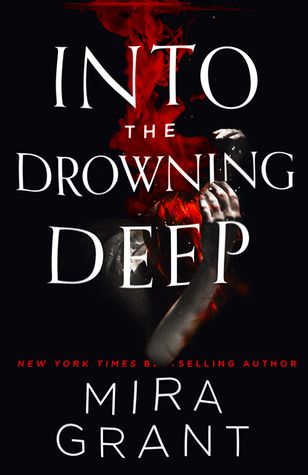 This is another book that made it onto a lot of people’s lists of the most terrifying books of all time. And if you didn’t think mermaids could be creepy, you’ll want to check this one out. Seven years ago, the Atargatis set off on a voyage to film a mockumentary all about bringing the sea creatures of legend to life. Then the ship was lost and sea, and footage surfaced of what looked like mermaids attacking the now-lost crew. Now a new crew is going out in search of these same sea creatures and to find the truth behind the footage. Was the attack a hoax? Or are these deadly sea creatures all too real? 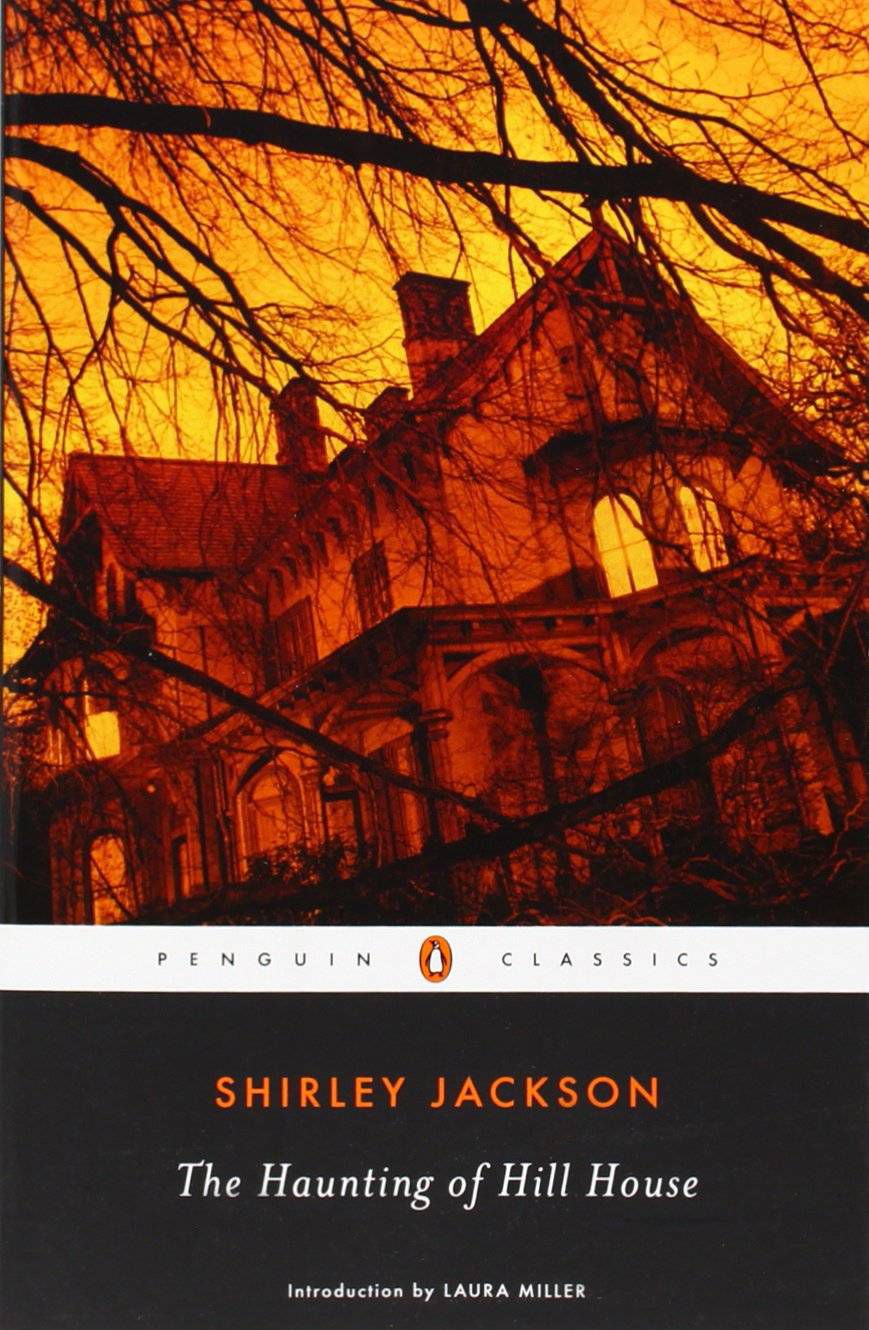 A list of terrifying books wouldn’t be complete without including Shirley Jackson. If you’re afraid of haunted house stories, you really need to experience the mother of all haunted house stories: The Haunting of Hill House. The book begins with four people entering the house looking for answers to the mysterious hauntings that are rumored to occur in Hill House. Dr. Montague is an occult scholar, Theodora is his assistant, Eleanor is a terrified young woman who is all too familiar with poltergeists, and finally Luke is the future heir of Hill House. Although all four are prepared to encounter strange happenings within the walls of Hill House, nothing could have prepared them for how unnerving the house truly is. And it’s growing in strength by the minute.

Now You’re One Of Us by Asa Nonami

If you’re more into weird family horror than haunted houses, then check out Now You’re One of Us, a disturbing Japanese novel about when a young naive bride named Noriko gets moves in with her new husband’s family large extended family. Soon, Noriko discovers that the Shitos are an extremely close knit family. In fact, they might be a little too close. And this family doesn’t take too kindly to outsiders. 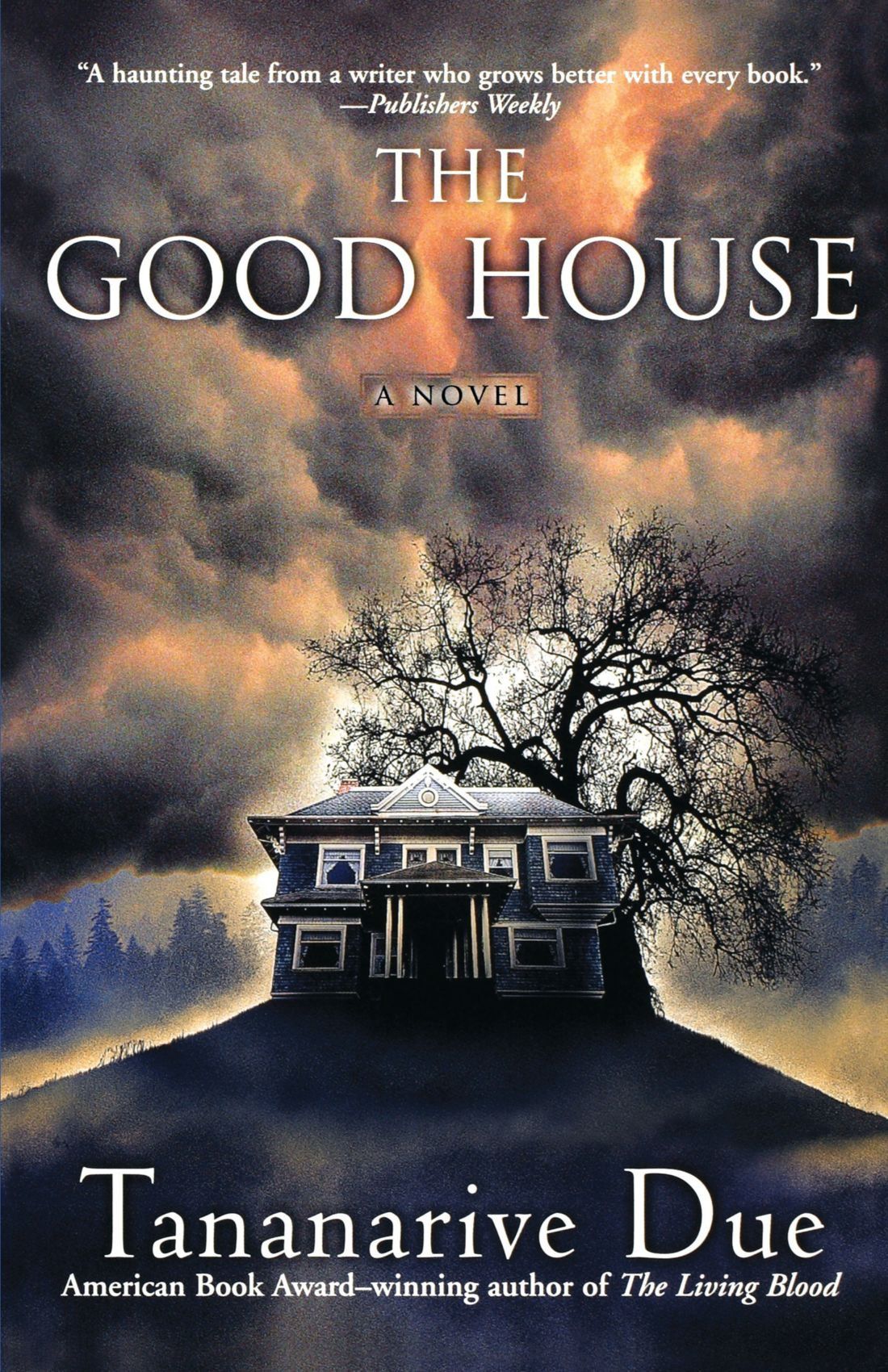 This is another haunted house story that’s a must-read for anyone who (like me) is terrified of haunted houses. What makes this one especially scary is that the horror our main character experiences is psychological as well as supernatural. After her son dies by suicide, Angela Toussant is looking to rebuild her law practice and her life. So she journeys to the family home where her son’s suicide took place, looking for answers. What she finds instead is an invisible, evil force that is driving people to acts of violence.

I am not the type of person who is easily shocked by horror fiction. I’ve read a lot of it, after all. But when I read this book, I found myself actually shouting with surprise. I just couldn’t wrap my head around some of the completely terrifying events that were happening in this story. The Only Good Indians is a violent, bloody mess of a book, and I mean that in the best way possible. This story follows what happens to four friends who took a hunting trip in their youths, made some mistakes, and upset a spirit in the process. Now that spirit is out to seek revenge on the friends, one by one. 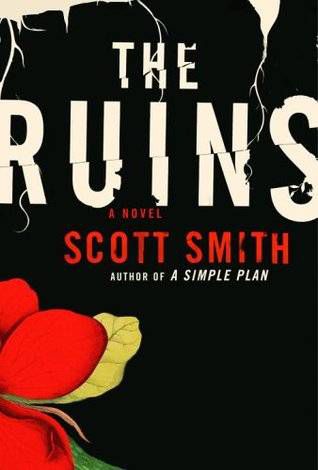 The Ruins is another book that a lot of people mentioned when asked about the most terrifying book they’d ever read. Two young couples are vacationing in Mexico, just soaking up the sun and making friends with other travelers. But then the brother of one of those friends disappears, and the group decides to go out looking for him. Instead, they wind up lost in the middle of a jungle where they find an ancient ruins site. And an evil presence that lurks there. 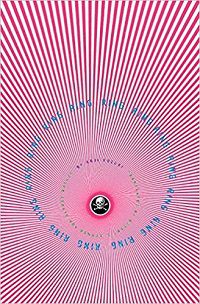 The Japanese film Ringu and the American adaptation The Ring often come up during discussions of the most terrifying horror films. So it only makes sense that the novel that started it all, Ring, would make its way on this list. You’re probably familiar with the story by now. There’s a mysterious videotape that warns its viewers that they only have seven days left to live. But even if you’ve seen the movie multiple times, Suzuki’s novel has plenty of terrifying surprises waiting for you. 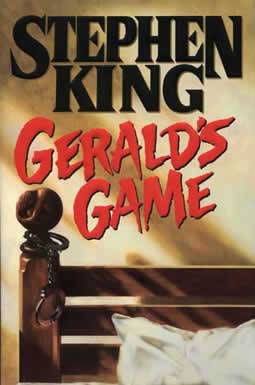 Of course, many Stephen King books were mentioned when I asked people about the most terrifying book they’d ever read. The Shining popped up a lot, as did Pet Sematary. But Gerald’s Game made more people’s lists than any other Stephen King book, and that’s why it’s the one that made my list. In Gerald’s Game, what starts as a game of seduction quickly becomes a nightmare when the husband suddenly dies. I think what makes this novel so scary is the way King mixes in horrors both real and supernatural. The result is a book that left me terrified of all the shadows in my bedroom at night. 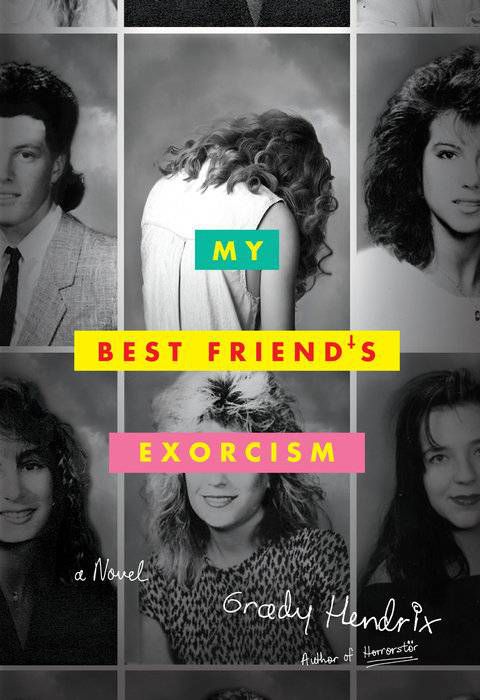 My Best Friend’s Exorcism makes this list for very personal reasons. It’s one of my favorite horror novels of all time. If exorcism stories and demons creep you out, I can guarantee this one is going to haunt you. Set in the 1980s, this is the story of Abby and Gretchen, who have been best friends since 5th grade. But in high school, things start to change. Sure, old friends often drift apart, but this is something else entirely. Gretchen is acting weird. And while no one else seems to believe her, Abby is almost certain her best friend Gretchen has a demon living inside of her. With My Best Friend’s Exorcism, Hendrix creates a terrifying horror novel that also incorporates a nice helping of humor and so much heart I actually teared up at the end. No joke. 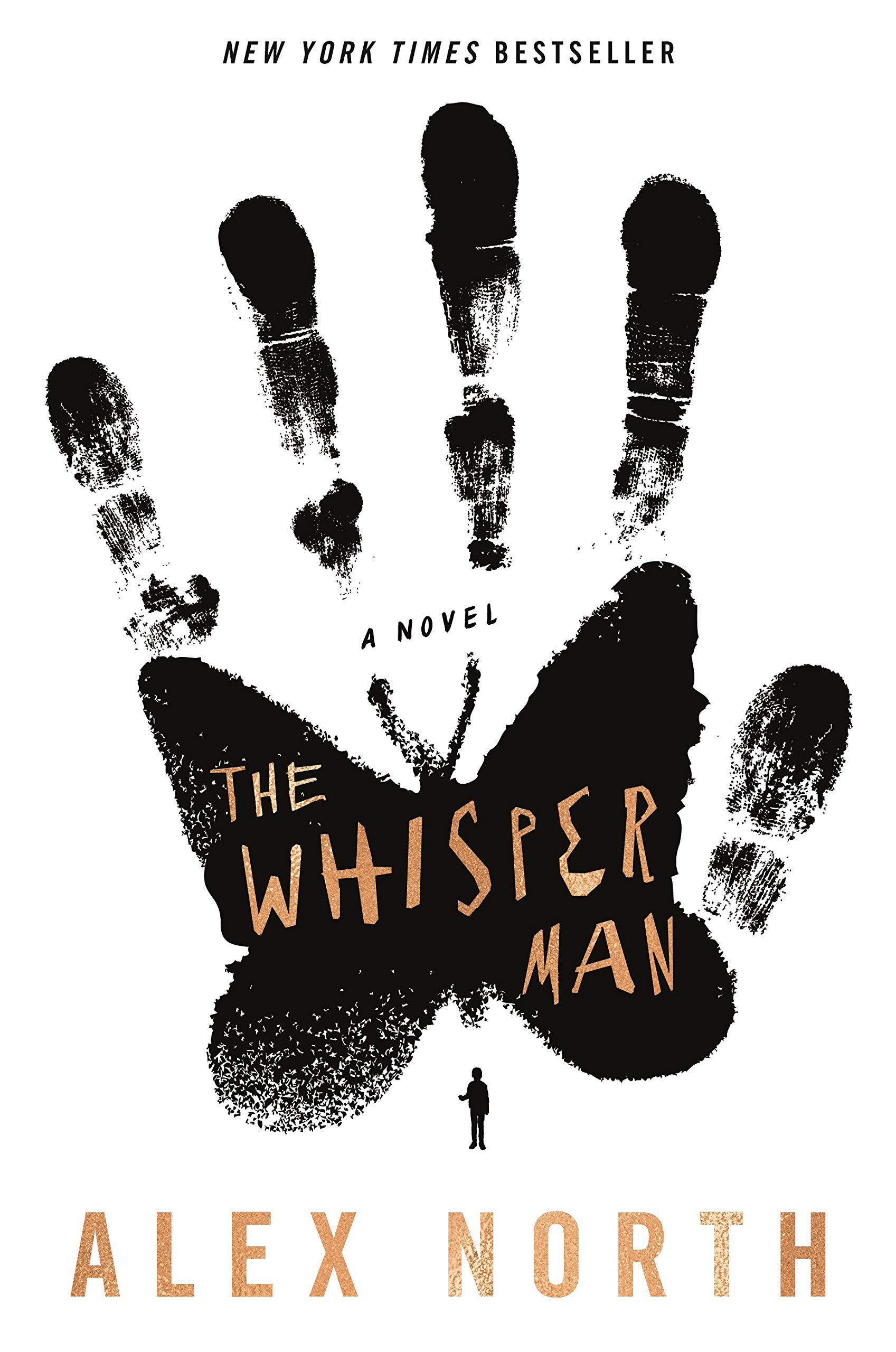 Supernatural horror and serial killers? I dare you not not be afraid of The Whisper Man. Looking for a fresh start after the sudden death of his wife, Tom Kennedy moves with his young son to the small town of Featherbank. But Featherbank has its own dark past. Twenty years ago, a serial killer called The Whisper Man abducted and murdered five people. Now, a young child is missing, and it looks like the town might have another killer on its hands. 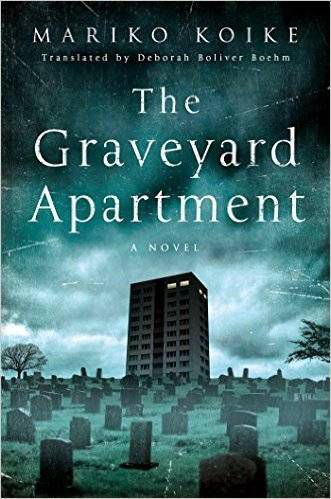 Sure, we’ve talked about haunted houses already, but what about haunted apartments? The Graveyard Apartment is the story of a young family who move in to a new apartment overlooking a graveyard. But it turns out the apartment overlooking the graveyard is haunted. I know. Who would have guessed? And yet while the haunting itself might feel predictable at first, the evils that are unleashed on this unsuspecting family certainly aren’t. In other words, you are not mentally prepared for how spooky this book gets.

This novel is going to be especially terrifying for any readers who are also parents. Apollo Kagwa was abandoned by his father when he was a baby, and so he’s determined to be the kind of father who is present in his child’s life. When his wife becomes pregnant, he’s overjoyed. But then the baby arrives, and it’s not the happy ending he’s expected. His wife seems wholly disinterested in the child. What’s worse, she’s convinced that the baby isn’t even theirs. Is it all in her head, or is she right? And will Apollo be able to find the answers in time before something horrible happens? 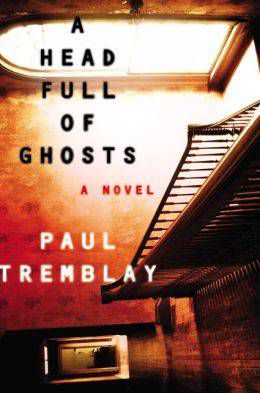 We’re ending this list with another one of my personal favorites, and it’s another exorcism novel. You really can’t go wrong with any Paul Tremblay novel. All of them are spooky as heck. But A Head Full of Ghosts makes this list as the most terrifying because of the way Tremblay blends the realism of family drama and Internet culture with exorcism and found footage horror. The Barretts are a seemingly normal family whose lives are torn apart when 14-year-old Marjorie exhibits signs of schizophrenia. But what if it’s demon possession? A local Catholic priest thinks it might be and offers to perform an exorcism. With Marjorie’s medical bills looming, the family agrees to film whole thing for a reality TV show. This is the type of horror novel that seems really reflective of the times we’re living in, and you won’t be able to stop thinking about it.

Need even more horror fiction to get you through the spooky season? Try these psychological horror books. Or this list of the top horror books. Or if you want to commit to a lot of terrifying books all together, how about these horror book series?