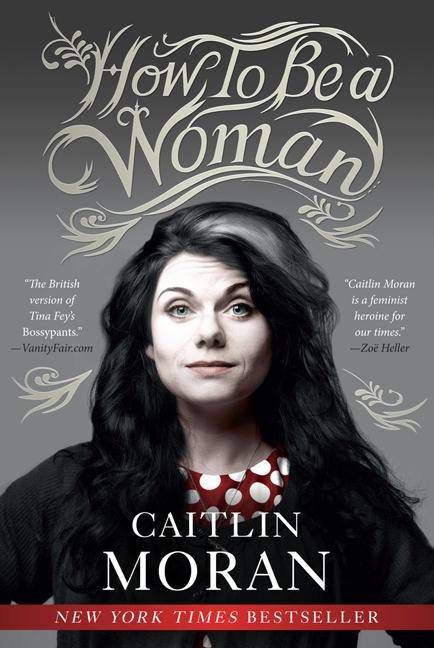 The French have a saying, “une femme d’un certain age,” a woman of a certain age, which, being ensconced like a badger in its hole, I am, in my 40s, driving around Baltimore County looking for brownies that I can individuate up with frosting and sprinkles to look homemade for the school bake sale. The women who would be “my circle” (the mothers of the kids in my kids’ classes) are walking advanced degrees in holding back the sands of time. It’s like Riot Grrrl and Doc Martens and grunge never happened, everyone is Gwyneth, “conscious-uncoupling” blonde, and gym-thin, and off gluten, so I was really happy when I came across the photograph of Caitlin Moran on the cover of her 2011 “Runaway British Bestseller” How to Be a Woman with her eyebrow raised, brunette with a dyed-gray shock, with unabashed forehead wrinkles and what my grandmother would call “pleasantly plump.”

How, indeed, to be a modern feminist? I did need a book.

Apparently it’s done with humor, and gin and tonics, and underwear into which one’s fanny actually fits. This is British feminism, friends. And, yes, I know “fanny” means “front bottom.”

Moran’s charmingly sweet dirty honesty made me feel stuck in the Puritan stocks. It made me realize we Americans are still such prudes. As an American woman who rarely drinks or mentions menopause in conversation my feminism has become the equivalent of cream tea service: “Am I troubling you?” “Please sir, some more gruel.” I was recently in an uncomfortable situation of being present when men, friends of mine, were talking about boobs, categorizing them into Tits McGee (athletic) and Parthenon (voluminous) and I said nothing. The Smithie in me died that day.

I should have said, as Moran suggests, “Gents, you’re being really impolite.” Or, “Rudolph Nureyev had the biggest shlong I have ever seen. Just tremendous. Have you seen the Avedon photo of it? I can pull it up right here on my iPhone.” Or, “Do you know how far ahead of us ‘the greatest country in the world’ is, Iceland? They outlawed strip clubs because their women are not for sale.”

Moran has revived me. I had to dry my eyes. “Kids,” I said to my kids and husband, “Mommy rides again.” And I put on my Barbara Kruger t-shirt from 1991 and went to that bake sale.