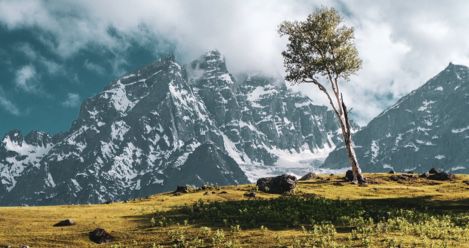 I recently finished The Serpent’s Secret by Sayantani DasGupta, which is the story of a regular 12-year-old girl on the East Coast of the U.S. who suddenly finds herself separated from her parents when her mystical heritage is revealed and she must join up with a new friend and a knowledgeable bird sidekick to save everything and everyone. 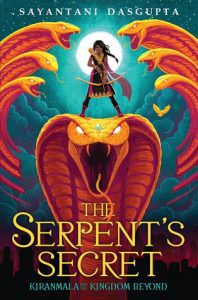 It was awesome. DasGupta is a great narrator for anyone interested in the audiobook and the story of Kiranmala, Neel, and their quest was delightful. The tone of the book is fun and quick, but DasGupta is really good at drawing depth and connection between her characters. I especially loved the discussions of family, that love, not blood, makes you family. And for an outsider to Hindu culture and mythology, this look at Hindu cosmology and mythology was exactly right to whet my appetite to learn more about Hinduism, both in fiction and non-fictional forms.

I jumped into Kiran’s story about 6 months after I read one of my favorite books of the year, Aru Shah and the End of Time by Roshani Chokshi.  In it, Aru is a regular 12-year-old girl on the East Coast of the U.S. who suddenly finds herself separated from her mother when her mystical heritage is revealed and she must join up with a new friend and a knowledgeable bird sidekick to save everything and…wait a minute.

Alright, I’m actually just messing with you. While it is easy to find parallels between Aru’s and Kiran’s stories, these stories are wildly different. Though they are similar in that they are great. And also they are both fun and silly. 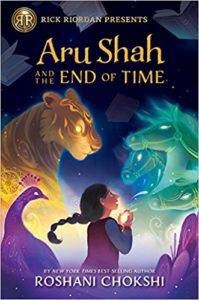 Aru’s quest is more second world, finding the magic disguised as everyday places while she grows and learns how to be a friend. Kiran’s adventure shows our world, the “2D” to be a small, myopic part of a grand universe. And Kiran’s internal conflict is in deciding who she is as everything around her, including her own history, changes.

Just because two books have similarities, does not mean that you can check “Hindu book” off your yearly reading list. If you read and enjoyed one of these books, you should definitely pick up the other.

Enough Love to Go Around

Sure, time and money are finite. But love isn’t, and you can love loads of books that have overlapping ideas. As my creative writing professor told us, ‘everyone’s writing is different, so it’s ok to have the same idea; you won’t be able to write the exact same story.’

And if you like the themes, ideas, and setting, well, that’s a new sub-genre for you to splash around in and see the stories different authors will tell. If white boys on a quest to meet their great destiny is a (giant) sub-group of fantasy, I think that my current wheelhouse is modern girls on the Eastern Seaboard who wake to their mythological heritage and must journey through Hindu mythologies to save their families. May it grow to overtake the Tolkien pastiches.

Both Aru and Kiranmala have sequels next year, Aru Shah and the Song of Death and Game of Stars. Looks like I’m getting my wish!