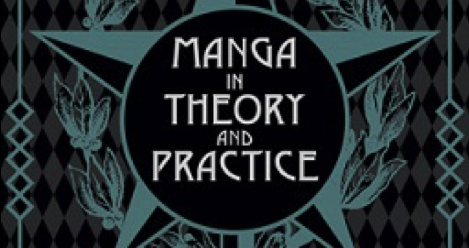 A funny thing happened on my way home from a weekend of publishers’ panels at my local anime convention: I realized that my most anticipated releases weren’t comics. There’s no shortage of great manga being released in 2017, but this summer and fall will see a bumper crop of books about manga, nonfiction and original fiction. Join me, (fellow) nerds in this list of books about manga! 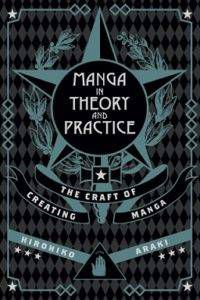 Manga in Theory and Practice by Hirohiko Araki (VIZ)

Araki’s long-running series JoJo’s Bizarre Adventure is a… well, bizarre genre-hopping adventure story with more than 100 million copies in print in its native Japan. In recent years American audiences have finally discovered its delightful eighties-pompadour excess, prompting VIZ to translate Araki’s big book of storytelling rules. This is more than just an art book; come for the distinctive style, stay for the writing advice. (Bonus: the cover definitely looks like it’s going to teach you some dark magic straight out of JoJo’s.) 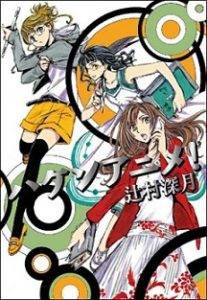 Tsujimura has made a name for herself in Japan as a writer of popular fiction, even winning the prestigious Naoki Prize in 2012, but the English-language market has largely ignored her books. Now Vertical adds her to its growing selection of Naoki Prize-winning authors with the September 26 release of Anime Supremacy. Three young women – Hitomi, a director; Kayako, a producer; and Kazuna, an animator who works on both of their competing series – scramble to keep pace with the anime industry’s brutal production schedule and get the ratings that will ensure a second season. I’m not aware of any other novels with this setting available in English, and, given anime’s popularity, I’m surprised it’s taken this long! Famed manga creators CLAMP drew the gorgeous Japanese cover, which Vertical currently plans to keep for the English-language publication. 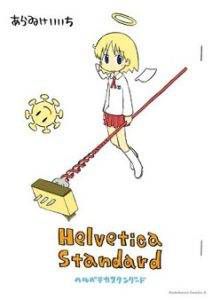 Okay, I’m fudging a bit, because this book is partly a manga – a collection of side stories from Arawi’s surreal slice-of-life series Nichijou, to be precise. But it’s also a peek at his creative process, and few things please me more than procrastinating my own creative work by studying the methods of others (see: the first book mentioned above). One of the pages I previewed at the publisher’s panel was a lovely top-down view of Arawi’s office, which made me feel like I was getting away with something; I have a fondness for peeking into other creators’ workspaces, seeing what they choose to surround themselves with, and reminding myself that great work can happen in a humble place. If you’re a fan of Nichijou, oddball schoolkid comedies, or the absurdist bent of Japanese humor, add this to your October wishlist.

Manga fans, what books and manga and other non-comics works are you looking forward to in the latter half of the year? Are there other English-language novels about manga and anime creators that are hiding from my gaze?? Update me in the comments. Get even more manga coverage here.