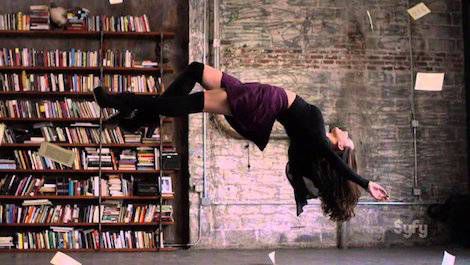 Here be spoilers, proceed at your own risk! For both the show and the books, seriously, SO MANY SPOILERS.

I came to Syfy’s The Magicians late (I started watching only two weeks before the finale aired) but I got to Grossman’s The Magicians early; I read it when it was still in galleys, blurbed it enthusiastically, and have been hand-selling it ever since. Its central premise — that magic is awesome and cool and, well, magical, but that even it can’t make you a better or happier person — still speaks to me, and the story and characters just got better and better (#TeamJulia) from one book to the next. I caught up with the show in just enough time to reread Book 1 before the finale aired and now, as you might imagine, I HAVE A LOT OF FEELINGS.

My impulse up til now has been to congratulate the team at Syfy for a really smart adaptation. Aging up the characters makes a lot of the drinking, drug-use, violence, and bad mistakes a little easier to watch (I am also watching The 100, so I have plenty of morally compromised and damaged teens in my life, thanks very much); tackling Quentin and Julia’s stories side by side from the get-go was the best possible call; and the character tweaks mostly made me happy. Penny and Kady! Hearts!! Whether you want to call her Janet or Margo, she remains Queen Bitch Extraordinaire, and ELIOT oh my god Eliot. Glorious. If I have a wish with any character set-up, it’s that Alice had been allowed more of a sense of humor, but nothing in this world is perfect. As an adaptation, it put me in mind of the latest Hitchhiker’s Guide to the Galaxy movie — changes some details, sure, but feels true to the spirit of the original work.

Or at least, that was how I felt up until the finale. Syfy: I have some concerns.

Some of the previous plot shifts and character rewrites weren’t my favorite, sure, but they were all moving in the right general direction: the inevitable showdown with The Beast. There’s a lot of talk in the finale about changes — Julia was supposed to be at Brakebills but Eliza/Jane changed that; Quentin is supposed (HE VOLUNTEERS!!!!) to be the champion but now he chooses to change that; on the whole everyone is surprised that the gang is still alive (40 TIMES yes, time loop, we get it). So let’s talk about some of these changes, shall we? 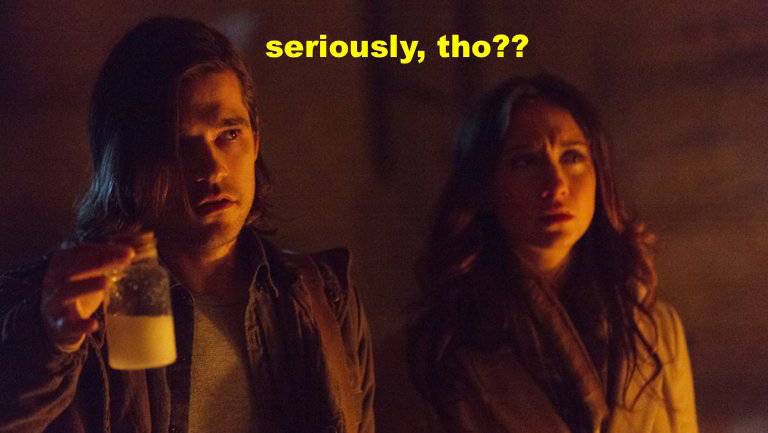 Julia: Prior to the last episode I was absolutely stumped as to how they were going to handle Julia’s rape by trickster-god Reynard, and now that I’ve seen it I’m still not sure how I feel (aside from, that scene could have been shorter). If I were her I would have asked for a memory-wipe too, but it seems clear that they wanted her traumatized and in Fillory to create the ABSOLUTELY BONKERS cliff-hanger. It is possible I still won’t know how I feel about this until Season 2 starts.

Alice: Okay. REALLY!? You’ve spent an entire season agreeing with the books that Alice a genius — an actual magical prodigy. She found Brakebills on her own, she can do spells no one else has even thought of, she’s holding back all the time. So tell me why she couldn’t have just picked up that knife, to everyone’s astonishment but her own? Hmmmm??? As far as I can tell it’s so that we can have several blow-job jokes and the Fillorian version of a Fear Factor scene. Not a good enough reason, show. Not. Good. Enough. And then! Is she dead?!? Is she alive?? She’s definitely not a niffin, so that basically throws the major plotlines of Books 2 (half of which we’ve already covered) and 3 right out the window. I don’t know, show. There better be something awesome with Alice in Season 2 or we are going to have more words. 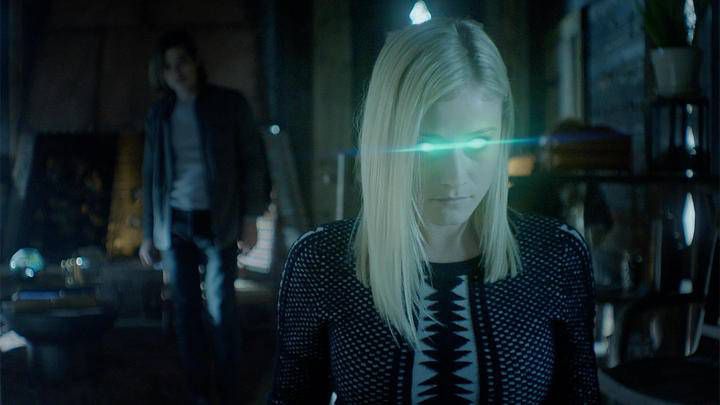 But as plot devices go, trapping a gloriously (and canonically) gay character in a heterosexual barter-marriage, with a stranger, FOR ALL TIME, no takebacks, no annulments, no divorces, is an unnecessary and unnecessarily cruel one. You need something dramatic to exchange for the knife? This is The Magicians, make it a body part! Or Eliot’s favorite memory from childhood! Or any number of other magical tropes that exist specifically for making bad bargains in enchanted worlds! Hell, the Faerie Court only asked for seven years.

Even a first-born child would still be plenty shitty for Eliot, and would still exact a price for what he thinks could be his salvation. He is miserable; he is eating himself alive from the inside out; his life doesn’t work. Maybe Fillory can fix it? Maybe, but Syfy, whoever made the decision on this one, you need to think seriously about your show-running choices. Because I’m never going to believe that any character would find any peace at all in a place where they were trapped for their entire lives in a marriage contrary to every fiber of their being. And the LGBTQIA community loses yet another positive representation in the media to a relationship not of their choosing.

I want to know what happens to Alice and Julia and Kady badly enough that I will be watching Season 2. I am also hoping, REEEEEALLLY hoping, that the show-runners pull an audible and fix this disastrous Eliot situation. If not, we’ll be counting down the episodes till I can’t bear to watch anymore, regardless of what else is happening. And in the meantime? I’ll be over here rereading The Magician King and The Magician’s Land, where the characters still make terrible choices and awful things happen, but at the very least no one is in a forced marriage.