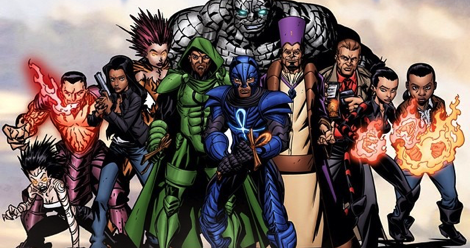 As I’ve written before, I don’t like superheroes much. When I learned about the all-ages graphic novel series Legend of the Mantamaji by Eric Dean Seaton and Brandon Palas, it was labeled as a superhero comic. While this was a turn-off at first, the premise of the books drew me in. It centers on a rising assistant district attorney named Elijah Alexander, who discovers he is the descendant of a race of mystical knights known as The Mantamaji. 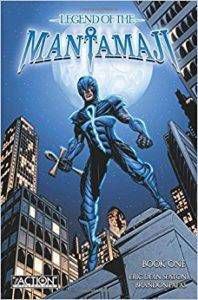 Before reading Legend of Mantamaji, the only superhero of color with magical abilities I knew was Nico Minoru, a Japanese American witch from the Marvel comic series Runaways by Brian K. Vaughan and Adrian Alphona. Not only did Legend of the Mantamaji give me more representation, but it made me realize how much I enjoy magical superheroes. By putting swords and sorcery and a rich mythological origin story with elements from iconic superhero characters like Green Lantern and Spider-Man, Seaton created a compelling and entertaining series.

In fact, the mythological backstory and abilities is are some of strongest aspect of the series. The Mantamaji are the descendants of humans and The Enlightened, mystical beings who are like The Jedi Council with more people of color. The Enlightened and humans also have a race of female descendants called Sanctuants, who are fierce warriors that fight alongside The Mantamaji.

While I love The Mantamaji and The Sanctuants, The Sanctuants stood out to me because this was the first time I saw female characters of color working as equals to male ones. In superhero films, female superheroes are overshadowed by male ones, watered down, or dressed in titillating outfits for male viewers.

In Legend of The Mantamaji, the female characters have multiple roles that cause them to fight alongside The Mantamaji. Mariah Alexander, Detective Sydney Spencer, and Cornerstone are not sidekicks or fanservice for men, but mothers, daughters, cops, love interests, spiritual rocks, and ultimately, warriors.