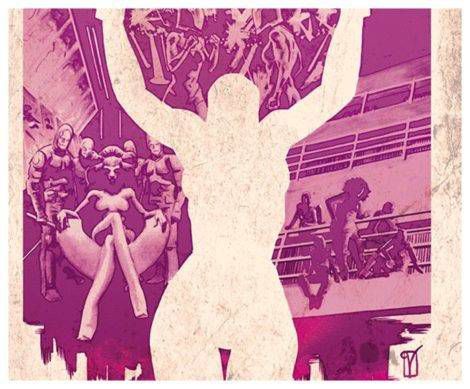 If you’ve been following House DeFraction (as Kelly Sue DeConnick and Matt Fraction are affectionately and collectively known), you’ve probably heard about their two newest titles with Image. In November, Matt Fraction and Christian Ward’s ODY-C came out with its first issue; on January 28, Kelly Sue DeConnick launched Bitch Planet with artist Valentine De Landro. Both are two issues in, and present compelling new takes on feminism in comics storytelling.