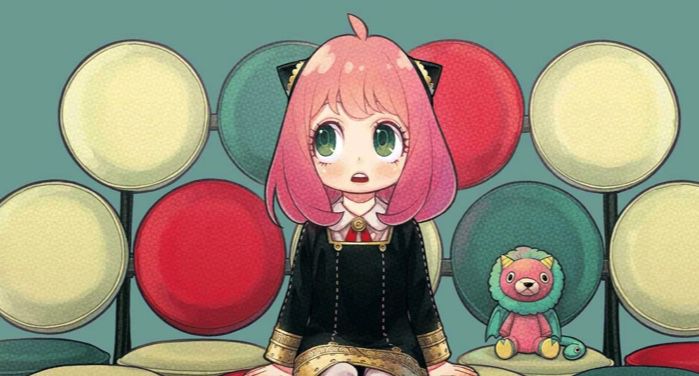 Single dads had their turns and moms went next. Of course, it’s kids who make parents into parents in the first place, so I figure they deserve a chance to shine as well. Anime is absolutely chock full of them, and I mean…the giant eyes make even the evil ones absolutely, positively adorable which makes choosing favorites a near impossible task. Which is why we’re going with “4 of My Favorite Kids in Manga” instead of “My 4 Favorite Kids in Manga.”

It is entirely possible there will be “4 More of my Favorite Kids in Manga” in all of our futures. I make no apologies, and call your attention, once more, to the giant eyes. 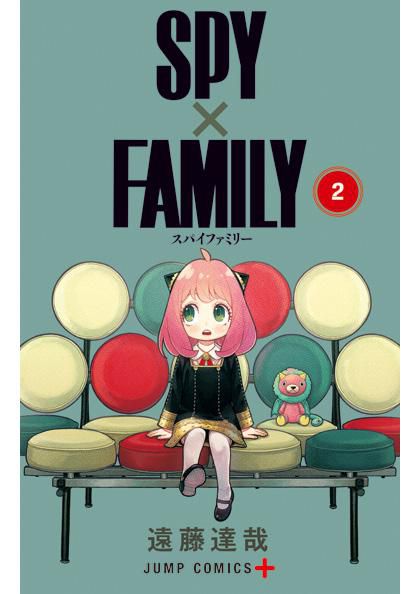 We don’t know a lot about where Anya came from originally, though I assume we’ll learn her backstory at some point. What we do know is that Lloyd (AKA Agent Twilight) found her at an orphanage and adopted her as part of the family he needed to infiltrate an exclusive private school as part of his mission. We know he didn’t expect the girl to grow on him the way she has and that the pair adore one another even if Anya hasn’t turned out to be quite the scholar Lloyd hoped she would be (one of my all time favorite panels in manga is her lamenting that she “read the wrong kid’s mind during that test.”

Oh! Did I forget to mention Anya is psychic?

Anya is psychic. She is the only character in the book who knows exactly what is going on. That Lloyd is a spy, that Yor is an assassin, that their family is a mission. But it’s fine and none of it stops Anya from having her own agenda. The adults around her may think being a kid means she’ll just go along and hey, that works. It gives her time to figure out how to keep her new family. And she will be keeping it.

Coco wants to be a witch. In her world, however, only those born with magical ability can aspire to such things. Coco, however, refuses to stop dreaming. She refuses to accept the constraints of fate.

She refuses to be “normal.”

That refusal leads to tragedy when she catches a glimpse of a visiting witch using a book to do magic and tries it herself; she accidentally changes her mother to stone. The visiting witch, Quifrey, offers her a solution: come with him to his Atelier—his witch school—and learn to magic properly. If she studies hard, one day, Coco will be able to turn her mother back. Coco accepts and sets off on an amazing adventure.

Life at the Atelier isn’t easy. Most of the girls are kind and welcoming, but one immediately sets herself up as Coco’s rival and sends her on a dangerous quest. Frightened but irrepressible, Coco uses all of her determination, her logic, her bravery to solve the puzzle and survive all of the obstacles even without magic. Starting her magical training later than the other girls, Coco has a lot of catching up to do and a more difficult time learning new skills, but she refuses to give up. There’s someone after her, someone dangerous who knows a secret, but Coco isn’t going to let it stop her from seeing the magical world.

The lesson? Don’t let anyone or anything stop you. Be like Coco. 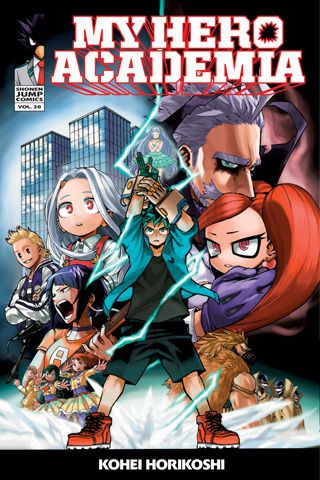 Eri in My Hero Academia by Kohei Horikoshi

Eri is a survivor. She is resilience personified. She is amazing.

The granddaughter of a Yakuza boss, her quirk allows her to “rewind” people which has the potential to heal them. Or it would if she could control it. But Overhaul doesn’t want her to control it. He wants to use it to rewind humanity to a time before Quirks, which he considers to be a plague.

Held prisoner by the villain and experimented upon, Eri is eventually rescued by a group of heroes including Midoriya and Togota. Shy and reserved after her time under Overhauls influence, it takes a while for her to realize she’s safe and for her to begin to understand that she deserves the love and care others have for her. She smiles for the first time her life at the age of 6.

Taken in and trained by Aizawa, Eri is learning to control her power and restore the Quirks of heroes who have lost them. She hopes to be a hero herself someday and to protect those who are unable to protect themselves.

Ashura in RG Veda by CLAMP

What is fate? Can it be changed? Is the love of a father for a child enough to knock the stars out of their orbits? Can will save the world?

He is desperate to change not only his fate but the fates of those he loves.

You will want him to be able to do it.

I don’t always find myself emotionally engaged with my manga. But when I do, it always ends in tears.

Also this book is gorgeous. So, so gorgeous.

So wholesome. So family friendly. I may need to go with favorite demons or something next week, lest my head explode…