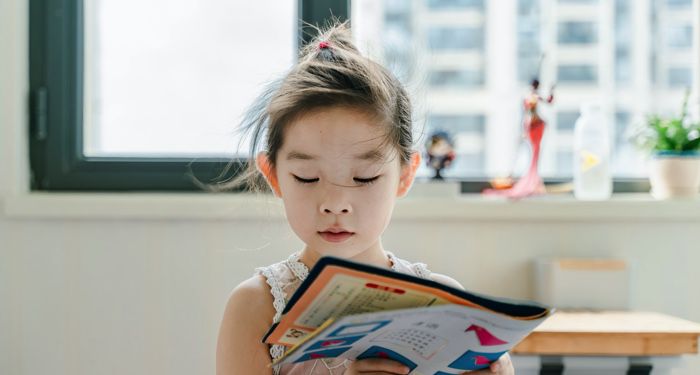 The rise in discrimination against East Asian Americans since the beginning of the COVID-19 outbreak has been scary to witness. Disturbing footage (trigger warning) of elderly East Asians being senselessly pushed to the ground, hate speech and acts of hate being targeted at East Asians of all ages, and even stories of innocent children ignorantly blaming the “Kung Flu” on Chinese people — all of these reports must be addressed. While those in the Asian American and Pacific Islander communities have suffered periods of racism throughout history, right now the pandemic is causing a slew of racist acts against East Asian Americans because of the way they look, their perceived connection to China, and China’s connection to the pandemic.

Prejudice begins young and proliferates without guidance from adults. We can dispel ignorance by combatting the negative associations that were made when the virus was first thoughtlessly called the “China Flu.” Start by teaching kids about the positive contributions of Chinese and Chinese Americans to society. The following are some excellent books that celebrate the roles of Chinese and Chinese American people in American and world history, or that teach how diversity is a cherished value. 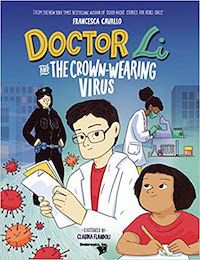 Dr. Li Wenliang was the Chinese doctor who first raised the alarm to warn people about the coronavirus. This picture book tells the story of how the virus was first discovered and how he responded bravely to it. It inspires children around the world to see the time of the pandemic as an opportunity to see that we do not walk alone. When one of us falls, we all fall. And when one of us rises, we all rise. 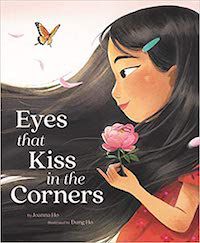 A young girl sees how her Asian-shaped eyes are different than those around her. Her eyes kiss in the corners and crinkle into crescent moons. Her eyes are beautiful in their own right and so are the eyes of her mother, grandmother, and little sister. We loved this beautifully illustrated and lyrically written picture book that celebrates self-acceptance and diversity. 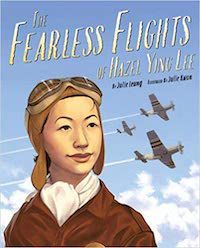 The Fearless Flight of Hazel Ying Lee, by Julie Leung and Julie Kwon

Hazel Ying Lee was the first Chinese American woman to fly for the U.S. Military. She joined the Women Airforce Service Pilots during World War II in spite of those who scoffed at her dreams to become a pilot. She knew she wanted to do nothing else but fly fearlessly and boldly no matter what challenges and dangers stood in her way. 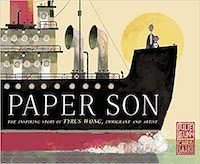 Tyrus Wong immigrated from China at a time when most Chinese immigrants were barred from entering America. Working as a janitor at night, he dreamt of becoming an artist. He took every opportunity to make art and enrolled in art school, eventually earning the chance to create the beautiful background of Disney’s Bambi. This book won the 2021 Asian/Pacific American Award for Best Picture Book. 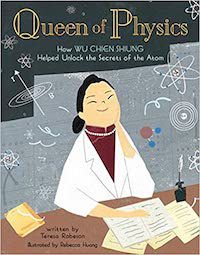 Queen of Physics: How Wu Chien Shiung Helped Unlock the Secrets of the Atom by Teresa Robeson and Rebecca Huang

Born in China 100 years ago, Wu Chien Shiung overcame incredible odds of sexism and racism to become the first female instructor at Princeton University. She was also the first female President of the American Physical Society and received the honor of being called the “Queen of Physics” by Newsweek Magazine for her work on beta decay. This picture book won the 2020 Asian/Pacific American Award for Literature. 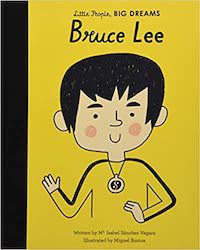 Iconic martial artist and actor Bruce Lee continues to inspire us with his skill and charisma. Born in San Francisco but raised in Hong Kong, Bruce Lee broke through the traditional stereotypes of Asian men depicted on screen and gave young Asian Americans somebody to look up to. This picture book biography takes young readers through his life to inspire them to dream big, too. 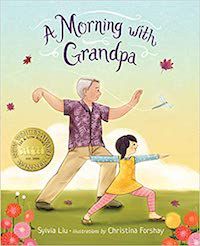 A Morning With Grandpa by Sylvia Liu and Christina Forshay

Mei Mei, an active and curious Asian American girl, learns tai chi from Gong Gong, her grandpa. This picture book celebrates the intergenerational bonds between grandparents and grandchildren as they practice martial arts and yoga. The book is a Lee and Low New Voices Award Winner.

Further Reading for All Ages: