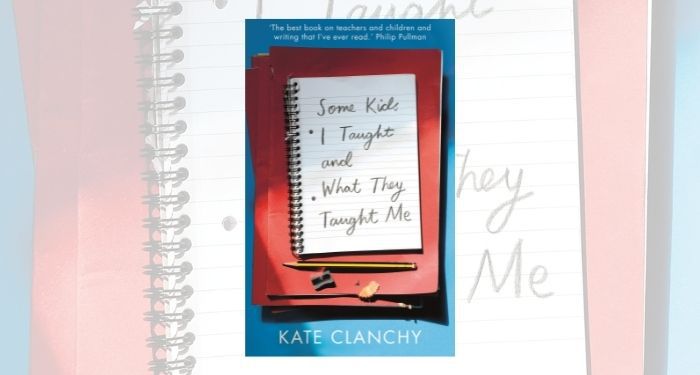 On August 6, author Kate Clanchy wrote a now-deleted tweet that started a storm. She reported that a reviewer on Goodreads had made up a racist quote and attributed it to her book.

Thousands responded, urging her to contact Goodreads directly, flagging the review themselves. Several authors jumped in to defend her instantly, among them behemoth author Philip Pullman, who termed the book “humane, warm, decent, generous, and welcoming.”

The book is Some Kids I Taught and What They Taught Me, an analysis of the British school system. In it, Clanchy reminisces over her time as a teacher, campaigns against church and grammar schools, and proposes creative writing be taught in all schools. The book features several of the children she has taught, and Clanchy notes her own privilege in it, calling herself a “posh do-gooder.” The book won the Orwell Prize for Political Writing in 2020 and was widely acclaimed.

Clanchy is a poet, writer and teacher from Scotland and was honoured with an MBE for services to literature in 2018. She is widely acclaimed and renowned for her work with children, including for publishing their work in an anthology England: Poems from a School.

The controversial Goodreads review for Some Kids I Taught and What They Taught Me asserted that Clanchy’s use of terms like ‘chocolate skin’ and ‘almond-shaped eyes’ were unacceptable.

Clanchy’s supporters surrounded her, accepting her stance that this review was a lie. Goodreads has a reputation for misinformation and is a platform loaded with abuse of its own. Surely the author is a better source of information about what’s in their book than Goodreads?

But the review wasn’t a lie. Clanchy did use those terms, along with a slew of other horrifically offensive ones. She describes a Somali student as having a ‘narrow skull’ and expresses her disbelief that a student with a ‘fine Ashkenazi nose’ is not in fact Jewish. Reading it made me wince; it felt like I was reading eugenics reasoning from the 1930s.

Autistic author Dara McAnulty added his two cents, highlighting sections of the book in which autistic children are described as “unselfconsciously odd” and “jarring company.” “We can understand how you really feel about us,” McAnulty wrote, before being lambasted by Clanchy’s supporters. He left Twitter under the strain, with his mother taking over his feed to give McAnulty space to rest. McAnulty is just 17.

Authors of colour tried to engage with Clanchy and Pullman, among them Monisha Rajesh and Sunny Singh — and received torrents of racist abuse from other internet users as a result. Singh later told the BBC that she and her fellow authors of colour were abjectly ignored by the likes of Clanchy and Pullman when they tried to engage. The white authors, she said, spoke only to one another.

Clanchy at one point noted that she felt ‘fearful’ of engaging with the criticism, yet another racist trope, as though the authors of colour would somehow hurt her more than she had already hurt them.

The truth was finally exposed as more and more readers dug up quotations. Clanchy stopped denying the problem and instead urged that her comments be read in context — but that only made it worse. The fallout was significant in one sense, but nauseating in another.

The Orwell Prize issued a statement about its award for the book, while Poetry Wales apologised for platforming it.

While acknowledging that it “was not the intention of Poetry Wales to platform racist and ableist views,” the organization went on to decry the public statements made by Clanchy and her publisher, stating their dismay at “the denials of responsibility they contain.” Poetry Wales apologised to their readers, while still pointing a finger elsewhere. Blame those other people first. As long as this is the method of resolving acute issues in publishing, the industry is never going to do better.

Philip Pullman apologised for the harm his tweets caused, and added that ‘writers of colour… your experiences and imaginations deserve every kind of respect.’ I don’t think I was the only one who raised an eyebrow at that.

On August 9,  just three days after the furore began, The Bookseller reported that author Kate Clanchy would rewrite her memoir. That’s right: she gets another go. Her own tweets detail an assessment that she is not “a good person. I do try to say that in my book.” That’s a hell of a turnaround from her original stance that the review was a lie.

So what’s to learn from all this?

First, you should really read a book before automatically assuming it’s a worthwhile oblong of information. Second, you definitely shouldn’t publicly support something you haven’t read. Third, if a person who isn’t like you makes a claim of racism or ableism and provides actual receipts, maybe read the receipts before abusing them.

Pithiness aside, the fact is that nobody — agent, publisher, editor, proofreaders — saw these issues. Many months passed before these things came to light (though of course people of colour had noticed the issue immediately). How did it come to this?

The answer is pretty simple, and it’s also why Kate Clanchy gets a do-over.

Clanchy is a famous white author of prominent honour — and the publishing industry is a gatekeeper chock-full of people just like her. As Monisha Rejesh commented in The Guardian: “Readers are not a homogeneous white, middle-class, able-bodied group of people, and nor are writers. We come from all areas of life, and for books to represent that, publishing has to do so first.”

Should the book be rewritten? Not in my view. The damage is done and the harm is caused; you can’t put that bunny back in the box. Worse, allowing Clanchy to re-write it gives legitimacy to the idea that she was in some way subjected to ‘cancel culture’. And finally, rewriting it means the problem is pushed under the rug along with the old editions.

If you’d like to read work by some of the authors mentioned in this piece who don’t utilise racist and ableist tropes, try out Dara McAnulty’s fantastic Diary of a Young Naturalist and the new middle grade Wild Child (the illustrations in this are honestly some of the best I’ve ever seen). Monisha Rajesh’s Around India in 80 Trains is an excellent glimpse inside her family history and the lifeline of the railways — and Chimene Suleyman’s work on The Good Immigrant USA means it’s a must-read.

What’s clear is that publishing has a long road ahead — and after this, I’m not sure it’s ready to face the journey, for all its platitudes about diversity after #PublishingPaidMe.