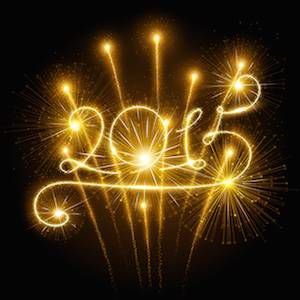 I love Junot Díaz as much as the next book fiend. I read and loved The Brief Wondrous Life of Oscar Wao. I’m super glad that it got mad props when the BBC decided to take a poll to determine the best books of the 21st century; I was also really happy to see some other great books on the list: Middlesex by Jeffrey Eugenides, White Teeth by Zadie Smith, The Amazing Adventures of Kavalier and Clay by Michael Chabon, among others. Not even the whole list was white American dudes so, that’s (almost) a win too!

I guess what confused me is . . . aren’t we just barely into the 21st century?

Are we saying this is it for literature in this century? We’re calling it now, guys. Pack it all up, we’ve got the best books already. No need to publish any more books. We’ll see you in 2101.

I saw this story pop up a few times in my news feed, and I was perplexed that nobody really talked about the fact that we aren’t even a quarter into the century yet. Only The Guardian thought to throw in a “so far.” For everyone else, we’re peaking at 14*, apparently. And we’re also peaking with The Corrections coming in at #5. Whoopee.

It’s not that I’m really upset or I have my knickers in a twist about this. I know that it doesn’t really mean anything . . . but maybe that’s what put a tiny bee in my bonnet (other than it being kind of really hilarious because WE STILL HAVE 86 YEARS OF BOOKS TO GO YOU GUYS, HOLD YOUR HORSES, DANG). Shouldn’t media mean something? Especially book media–I mean, we’re readers. We have reading comprehension skills to pay the bills; PLUS, every minute we’re reading stuff on the internet, we’re not reading that book that we’re really grooving on.

So I mean, I dunno, I just figure maybe someone could have been like, “Hey guys, I checked the calendar and you know it’s only 2015? We might want to consider a different angle on this story to make it relevant and stuff.”

Or maybe it really is just the hilarity factor thing, because I have to admit that I giggled about this for about ten minutes.

(Just like this, but imagine Adele with kind of a rock mullet)

In any case, I guess my work here is done**. See you guys when we start looking for the best books of the 22nd century!