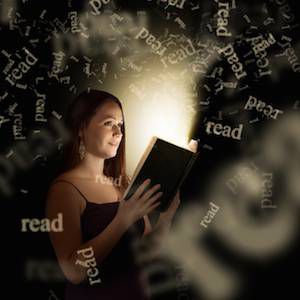 To preface this thought:

A few weeks ago an article on Huffington Post’s book blog popped up titled “Why Books Stink“. While I consider myself to be a fairly news savvy person, I also tend to be about six-to-ten hours late to the party when it comes to Internet stuff. I’m just not that quick to the draw. And if there’s one thing I can tell you for sure about the brilliant Book Riot staff that I have the privilege of working with, it’s that they are incredibly well informed. Odds are if you’re hearing about something bookish, most of them have already researched it, formed an intelligent opinion on it, and are in the process of finding a tactful and articulate way to discuss it.

Anyway, after reading the HuffPo piece I started having a lot of intense thoughts and feelings because literary curmudgeons (a classification I certainly fall into at times, making my frustrations somewhat hypocritical) have the ability to really piss me off. So when I got off work I went on my phone and contacted the other rioters calling dibs on responding to the article. Alas, I was too late. However, thanks to the auto-correct feature on my I-fun the message I left actually had said, “Dibs on responding to the ‘Why Books Think’ article.” This of course resulted in some jovial chiding from a couple Rioters (I’m looking at you Minh Le) about writing an article about sentient books. That idea has since then manifested in my mind.

So, I think I can confidently say, that if books could think, at least a few of them would riot.

It wouldn’t necessarily be a mass revolt. We’re not talking about Mario going into the haunted library at Big Boo Mansion. But at least a few books would probably be pissed. All the copies of Waiting for Godot would probably try to jump off the top shelf and an army of paperbacks of The The Catcher in the Rye would try to stop them. Sartre and Camus would bicker in the philosophy section, and the poetry section would be half a drunken bacchanalia and half brooding copies playing chess and smoking cigarettes (to poor results). But that really just scratches the surface.

I think most books would be pretty inclusive. Sure, you’d get one or two cantankerous elitists, but I’m guessing there would be no feud between hardbacks and paperbacks, and ebooks would be welcomed with open pages (boom, book jokes).

What would probably piss off books, and this of course is merely a conjecture, is the way humans try to speak for them. It’s likely that when someone makes a broad spectrum assumption about their hygienic habits, their feelings would be hurt. After all, if someone called you malodorous and then went on to question your overall quality as a human being, you’d probably get pretty upset. I know I would.

I also believe that thinking books would mainly just want to be read. They probably wouldn’t care how or when, as long as they formed a relationship with the reader. When certain scaly, phallic looking billionaires try to control the way they reach readers, or prevent them from being read for weeks, they’d probably feel imprisoned, pimped, and defiled. They would probably think that type of slimy overlord doesn’t value them or the people who throw obscene amounts of money into his kingdom. They might even riot. They might go all Les Miserables on him.

Who knows though? Maybe most of them would think he’s good intentioned. Some books would probably even call him innovative. Hypocritical curmudgeons of books like me might use a lengthy metaphor to call him a large, smirking dick, which unfortunately is something else thinking books would probably not abide. And for that reason, I will always find books to be better than me, whether sentient or inanimate.

I would love to hear what people imagine books would think about and how their society would function. Or if you want to go in a different direction, what would your favorite book think about? Most of my favorites are probably getting drunk and hiding in the woods.