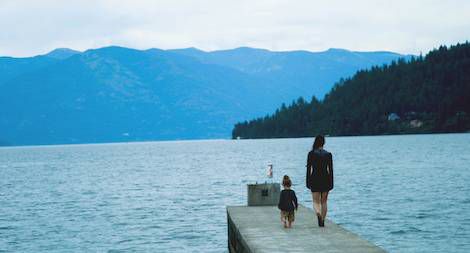 My oldest daughter is a lot of person. She’s only five, but hoo man the amount of exclaiming she has managed to fit into those five short years. All of which is great during the holidays or at the park or the grocery store (‘These oranges are TINY!’) but it feels like tyranny when I’m just tryna drink a coffee for like five minutes with my brain on low.

You know who else is a lot of person? Duck, from the book I Love You Already. The story opens on Bear, settling in to his Introvert’s Dreamscape: lounger, pile of books, steaming mug, zero other sentients except maybe a radio that looks like a face. 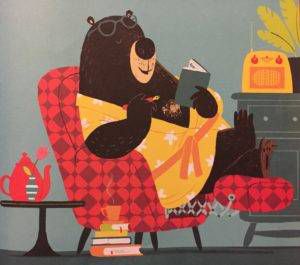 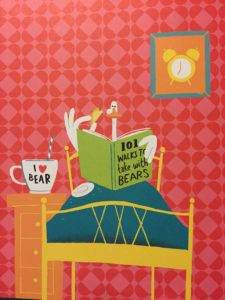 Duck crashes Bear’s alone-party and chivvies him out to the park, all the while asking if he wants to do this, or that, or wants to watch Duck do this, or that, or if he’s having a good time. “I just want you to like me,” he says. “I like you already,” says Bear. Bear loves Duck, but he also has a rich personal life that involves non-Duck things, whereas Duck is all-Bear, all the time, and if you’ve ever been around small children and their parents, you know what an APTNESS OF METAPHOR WE HAVE FOUND.

One of the greatest forms of tyranny we foist on parents JKJKJK on mothers is the idea that our bodies and souls belong to our children, whenever they want them, from the moment they’re conceived until the moment they decide they don’t need them right now. Your kids’ needs come before yours, ALL of their needs, and also many of their whims. They want to tell you about the dream they had last night; you want to be in your own head for like three minutes so you can make sure that you have everything, that they have everything, that everyone has everything they need for the day because you are the President of Everything but also the Mother Confessor, the Guidance Counselor but also the Activities Coordinator. Organize all this shit but also watch my big jumps!

I ain’t fucking having it. My kids are going to learn about the valid humanity of others or I am going to die trying. You are Duck, I tell my girl. I AM Duck! she says. I just WANNA HANG OUT and DO FUN STUFF. And sometimes, I say, sometimes mom is Bear. Her thinking face descends upon her, and we sit with this feeling for a minute. But you love me already anyway, she says. I do. I love you so, so much.

What I appreciate most is that Bear’s desire to be alone IN NO WAY negates his love for Duck. “You’re my best friend…You’re like my brother…You’re basically my family…I love you already.” We frame it as criticism – as an implication that they aren’t loving their kids enough – when we tell mothers, “But he just loves you so much. He just wants to impress you. He just wants your approval.” As though someone else’s affection for you obligated you in some way. Guys, I thought we were over that.

“I just want you to like me,” says duck. “I love you already.” My kid just wants to chill with me, because she is a people-person, more specifically a Person-person, and I am that Person. I respect her desire to be touching my knee or chirruping at me at all times. And sometimes I myself am Duck. But sometimes, I get to be Bear;  be over here, not with her or, like, anyone. Even though I love her already.