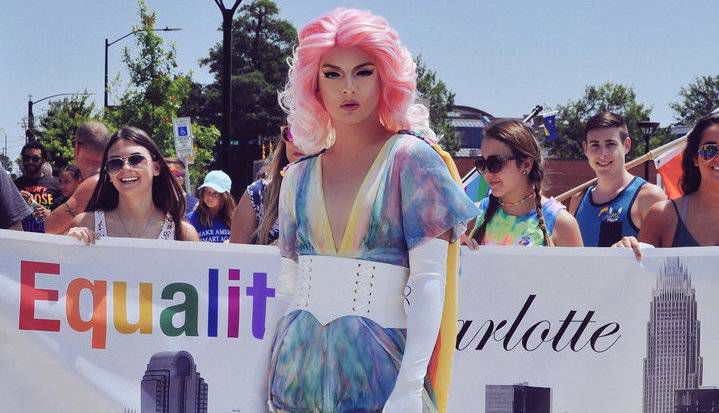 After a long and disheartening saga, Houston Public Library has determined to discontinue drag queen story time for the foreseeable future. The program, which began in September 2017, aimed to introduce children to a spectrum of individuals and gender expression in the context of library story times. While the attendance of drag queen story time slowly increased over the years, so did attention to the program. Staff and drag queen performers were the target of both peaceful and aggressive protesting, including one armed man who attempted to disrupt the event this past January.

The decision, shared by story time hosts Trent Lira and Devin Will, was published in Houstonia on Tuesday. The staff shared they came to the conclusion to end the program after news broke that, prior to following volunteer background check procedure, an individual convicted of the sexual assault of a minor had read to the children. The background check process was enforced starting in October; every individual who has presented for the event since then has been the subject of a check.

As an apparent result of the news and pre-existing homophobic attitudes, staff and drag queens, including popular Houston drag queen Blackberri, have received waves of abuse and hate. The library made continued efforts to maintain the story time, such as holding it at a private, off-site location and choosing not to hold it at the Freed-Montrose Library where January’s incident took place. However, despite support from both the library’s administration and the community, staff has elected to dissolve the program for the safety of staff and volunteers.

The announcement leaves possibilities open for the future and remarks on the importance and value of drag queen story time. Meanwhile, other systems across the United States continue to host the program.

If you’re interested in learning more about drag queen story time, check out our episode on the program on Annotated and read about other library systems facing challenges.