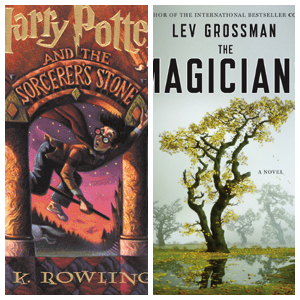 As a 28-year-old book nerd, I’m among the generation of kids that literally grew up with the Harry Potter series. When Harry Potter and the Sorcerer’s Stone was published in the United States in 1998, I was 12, just a year older than Harry. When the series concluded with Harry Potter and the Deathly Hallows in 2007, I was 21, just a few years older than the characters that had been a regular part of my life for a decade.

These books grew with me. I never battled wizards, but I had crushes on boys who didn’t seem to love me back. I never learned spells, but I did get anxious preparing for my first real high school dance. I never became an advocate for house elves, but I did learn to raise my voice in support of causes that matter.

Growing up with the series doesn’t make my Harry Potter love more or less special than the love that readers older or younger than I am bring to the series. But it does cement the series as particularly important to me – I was situated to grow up with these characters and with these books in a way that I didn’t think I would ever get to experience again.

And then Lev Grossman wrote The Magicians trilogy.

When The Magicians came out in 2009, nearly every review described it as Harry Potter for adults – I even talked about it that way when I wrote about it on my own blog. And in many respects, that is true. In The Magicians, kids who discover they have magical powers go to a magicians’ college where they learn the intricacies of magic and play a magical sporting event with arbitrary rules. It’s exactly what could have happened to Harry if Hogwarts were for teenagers, not children.

But midway through the story, the students at Brakebills College for Magical Pedagogy graduate and head out into the real world to face the challenges of recent college graduates, terrified at the prospect of being real, functioning adults for the first time. As the series progresses in The Magician King and The Magician’s Land, Grossman sets out to wrestle with increasingly complicated questions: What happens when the thing you’ve always wanted doesn’t make you happy? What does it mean to be heroic? How do you redeem yourself after catastrophic failure?

In addition to just being really stellar stories, these books again gave me the unique reading experience of growing with characters over time. Like the characters in Harry Potter, the characters of The Magicians aged as I did and grappled with the same questions that I was trying to answer at the same time. When college spits you out into the real world, full of optimism and talent and real possibility, how do you decide what to do next?

I don’t have magical powers, but I want to know how to live a good, fulfilling life. It’s just hard, sometimes, to know what that actually means — something the characters of The Magicians learned the same way that I did. While my five years with Quentin, Julia, Eliot, Alice and the gang were deeply different than the decade I spent with Harry, Ron and Hermoine, the experience of those books will stick with me just as deeply.