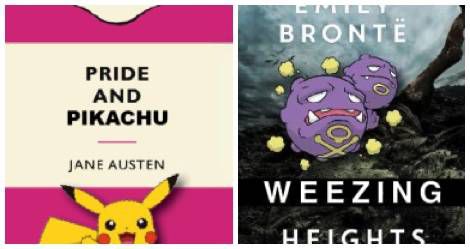 Pokemon Go is going wild, y’all. It’s a free smartphone app that dropped on July 6 and uses your GPS to show you the Pokemon that are always around you in the real world (Okay, not really. It’s just a game, people).

When you’re walking around, open the app and you’ll find a Charmander in your kitchen, or a Shellder in your bedroom, or a Jigglypuff in your office at work. Your favorite coffeeshops are turned into Pokestops, your grocery stores are turned into gyms. It’s taking over the world.

And you better believe we Poke-punned a bunch of classics for ya. Sure, there are the obvious ones — Harry Potter and the Pokeball, Pokemon Farm — but… Just, here. We gotta Catch-22 ’em all. 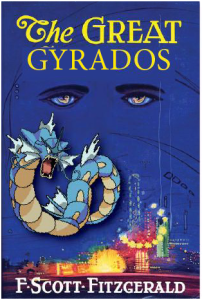 Of Rattata and Men

I Know Why the Caged Zubat Sings 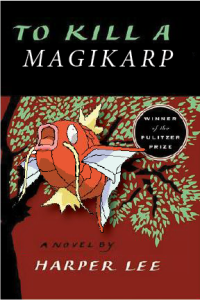 To Kill a Magikarp

A Tale of Two Pidgeys

The Poliwag and the Pauper 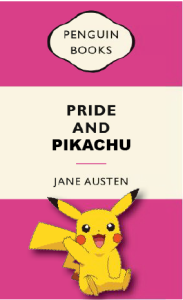 The Hitmonchan of Notre Dame

Their Eyes Were Watching Geodude

The Importance of Being Electrode 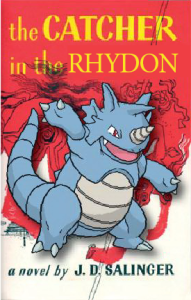 The Catcher in the Rhydon

The Legend of Sleepy Haunter 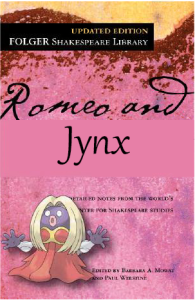 Gone with the Weedle

One Flew Over the Charizard’s Nest 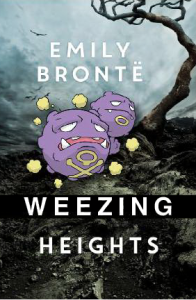 The Perks of Being a Wigglytuff

A Tree Grows in Bulbasaur

Editor’s note: We didn’t draw the Pokemon on these book covers. Also, they 100 percent were not meant to look artsy. Just funny. Don’t judge us.